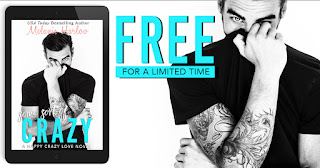 ✮ ✮ ✮ HOT FREEBIE ALERT! ✮ ✮ ✮"Five stars of hot sex and laugh out loud silliness rolled into a cinnamon bun and glazed with sweet romance." -- New York Times Bestselling Author Helena HuntingSome Sort of Crazy from USA Today bestselling author Melanie Harlow is FREE for a limited time only! Grab your copy today! Amazon US: https://amzn.to/2KjBXsaAmazon Universal: http://mybook.to/ SomeSortofCrazyMHiBooks: https://apple.co/1MPRQPLNook: https://bit.ly/2Fp3uoCKobo: https://bit.ly/2vTyQUJGoogle Play: https://bit.ly/2FoEAW0When a psychic tells Natalie Nixon her life is about to be upended by a mysterious stranger, she laughs it off. After all, she has everything she’s ever wanted—a successful bakery, the perfect boyfriend, and the keys to her dream house.Who could possibly make her want to throw all that away? Then Miles Haas comes back to town. But he’s no stranger—they’ve known each other since grade school. Plus, he’s only around for the summer, he’s still a shameless playboy, and he makes a living writing articles for a men’s magazine with titles like 'Should You Bang the Boss’s Daughter? A Flowchart' and 'Butt Stuff for Beginners: A Field Guide.' Except he makes her laugh like no one else, smells like heaven, and wears those panty-melting glasses. But he’s not the man of her dreams, and she’s not about to abandon everything she’s worked so hard for just for a little fun. She's not that crazy...or is she?**SOME SORT OF CRAZY is a full-length, standalone contemporary romance.** 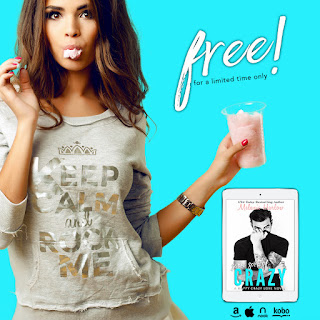 Powerfully romantic, sexually charged and full of emotional angst, the sequel to Sweet Deception will enrapture your heart.


Dreaming of a future with Alex Raven was foolish and dangerous… For us both.

My past defined who I was until Alex Raven found me that fateful night. The hot chemistry, passion and protective love he showed me made me want things I could never have. Risking everything, purging my sins, determined to free myself from the clutches of Dimitri Sokolov, I had to accept the ultimate consequence: my life without Alex.

But no one saw what was coming.

How could I have known?

Will I be able to find save myself from my past errors? Will redemption ever happen for me with the one man who made me want to risk everything?

My wonderful life consists of my everyday job and looking after my 3 boys and husband. In my 'spare' time I like to try and do some writing.


I love cooking especially desserts and anything chocolate. I am a self confessed chocoholic!

I also love making craft, painting, drawing, cross stitch and calligraphy. But there isn't much time for these at the moment.

Seventeen-year-old Reagan seems like the perfect small-town girl. Dubbed a saint by her older brother, Lincoln, she serves the community, makes straight A’s, attends church, spends her summers working with special needs children, and is a piano playing prodigy.


When you’re the daughter of the mayor and the police chief in a sleepy Kansas town, toeing the line is easier than the alternative.


That is, until her brother’s best friend changes the rules.


Reagan’s been subject to Ridley’s antics her entire life. Growing up, he tormented and teased her, but he kept his distance—until now. When Ridley breaks a promise, late night phone calls and secret rendezvous in the haystacks quickly transform into a reckless, all-consuming love.


Some promises are meant to be broken. Some secrets will not be contained, and sometimes the consequences we render are more than we can bear.

We're pretty awesome! We both write books. We both live in the Carolina's (Mindy in South, Michele in North). We like singing in the car, eating white cheddar popcorn, and going on road trips together. You'll find us sharing a table at a few book signings each year. We have a love of romance, New York, anything sweet, and great books.


Together we've written four novels and one novella, with many more in the works. We’re currently working on the Backroads Duet.