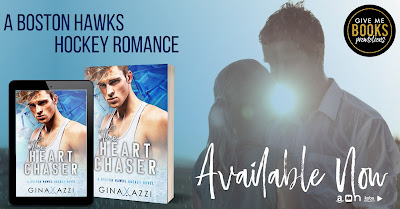 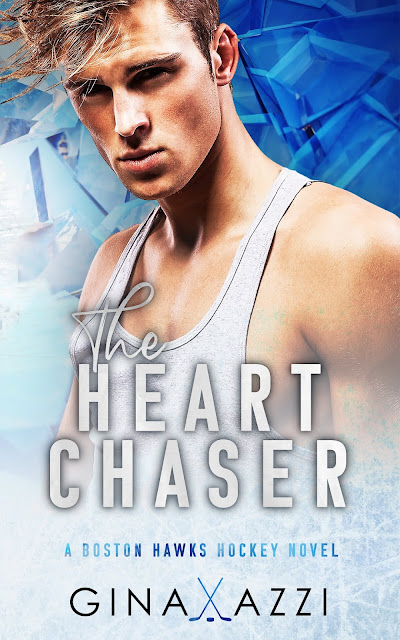 Notorious ladies’ man and hockey hotshot Luca Pandatelli broke his own rules when he tangled up with me.
Not only did we spend an entire weekend in bed together, but he confided in me, sharing painful truths about his past. With a kiss good-bye and a promise to call, something sparked between us. Something that broke through my walls.
Except he didn’t call. And I re-enforced my walls with steel and barbed wire.
Now, I’ve accepted a job with the Boston Hawks franchise, making it inevitable that I see the last man I want to cross paths with. I’m prepared to dismiss him and pretend like our weekend together never happened.
But the regret in Luca’s eyes and the apology in his voice catches me off-guard. The harder I push him away, the harder he pulls me in.
Until the one thing I can’t accept, can’t forgive, comes to light.
And I’m left wondering, is Luca only interested in the chase? Or is really playing for keeps? 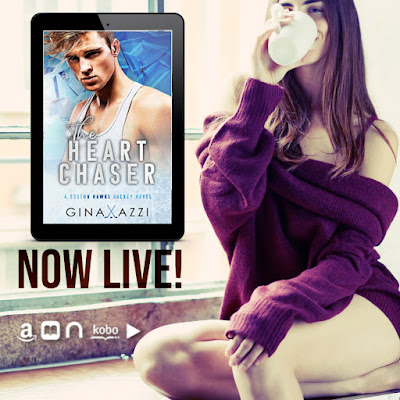 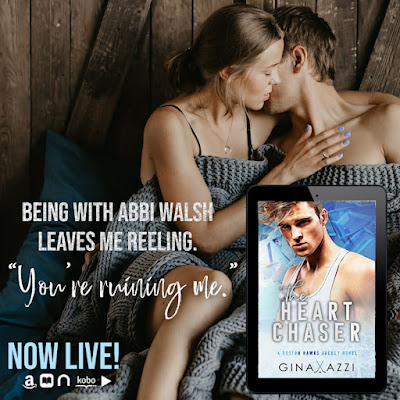 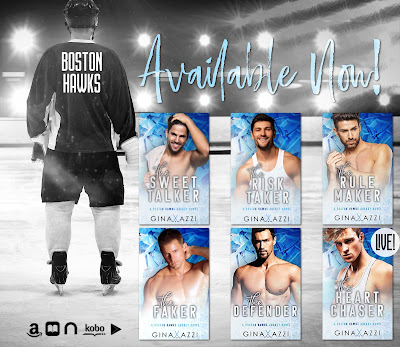 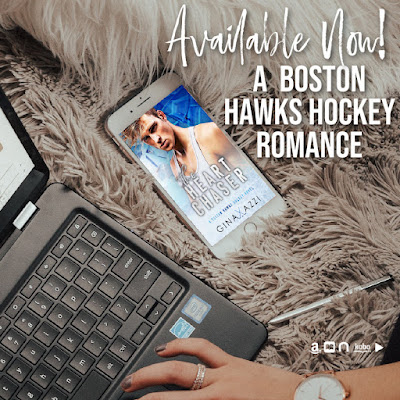 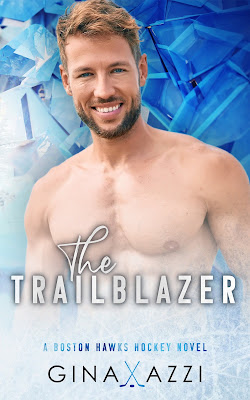 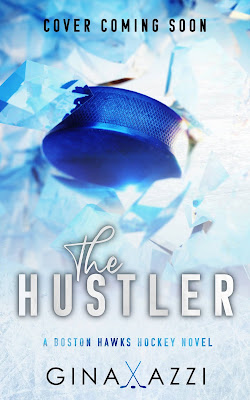 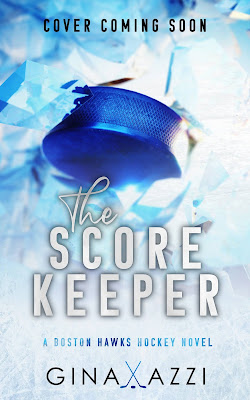 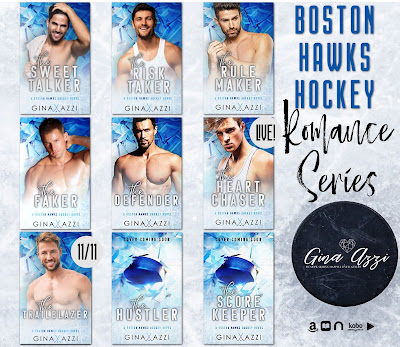 Gina Azzi writes emotional and captivating contemporary romance novels with heart-warming happily-ever-afters. She is the author of Second Chance Chicago Series, The Kane Brothers Series, Finding Love in Scotland Series, The College Pact Series, and Corner of Ocean and Bay. All of her books can be read as stand-alones.
A Jersey girl at heart, Gina has spent her twenties traveling the world, living and working abroad, before settling down in Ontario, Canada with her husband and three children. She's a voracious reader, daydreamer, and coffee enthusiast who loves meeting new people. Say hey to her on social media or through www.ginaazzi.com.
AUTHOR LINKS
INSTAGRAM
FACEBOOK
WEBSITE
NEWSLETTER
PINTEREST
AMAZON
TWITTER
BOOKBUB
WATTPAD
GOODREADS 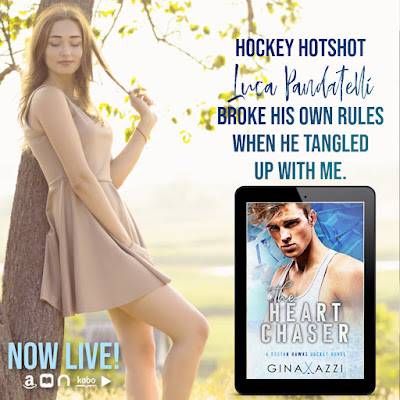 GIVEAWAY
a Rafflecopter giveaway
By Obsessed book reviews at September 23, 2021 No comments: 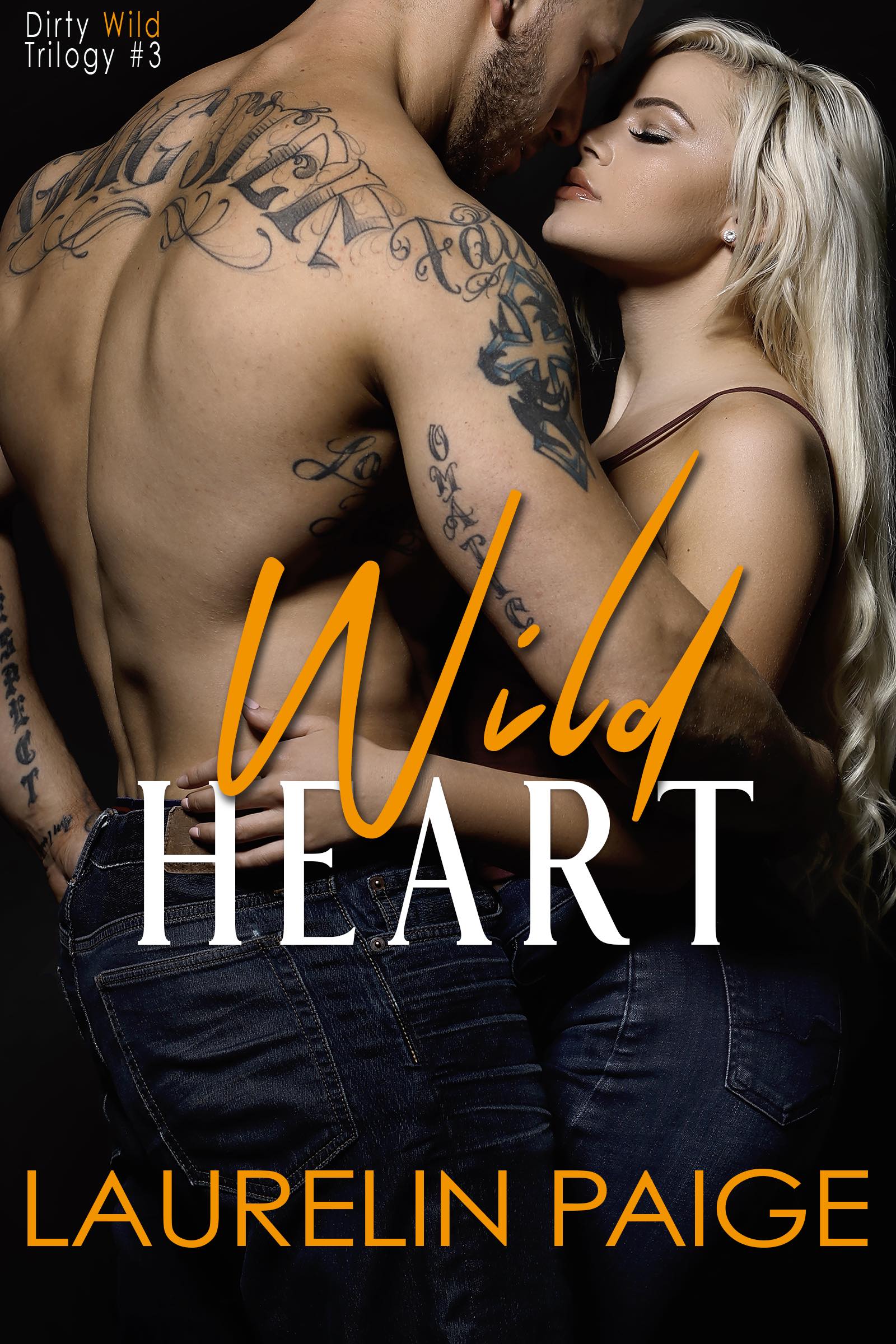 Blurb: Book three in the Dirty Wild trilogy that began with Wild Rebel. Secrets, surprises, and second chances. This trip down memory lane with Jolie has mended as much as it's torn up. I promised her I could handle anything. Whatever she was hiding, my wild heart would always belong to her. But I could never have imagined this truth. And she can't blame me for how this will all end.   About the Author: With millions of books sold worldwide, Laurelin Paige is a New York Times, Wall Street Journal and USA Today Bestselling Author. She is a sucker for a good romance and gets giddy anytime there’s kissing, much to the embarrassment of her three daughters. Her husband doesn’t seem to complain, however. When she isn’t reading or writing sexy stories, she’s probably singing, watching Killing Eve or Letterkenny, or dreaming of Michael Fassbender. She's also a proud member of Mensa International though she doesn't do anything with the organization except use it as material for her bio. She is represented by Rebecca Friedman.

Heartbreak can hurt you. Shatter you. Destroy you.

Falling in love can be easy. Simple. Beautiful.

That’s what Callie O’Hara found out when she met Denis Gallagher.

He swept her off her feet and made her feel as though she was the only girl in the world.

The truth came out and her world crumbled around her.

Denis Gallagher has lived a life filled with pain and hatred.

As the head of the Irish mafia, Denis has learned a lot of lessons in life.

None more so than the ones that his wife taught him.

His world was filled with darkness and anger.

He fell hard and fast for the young sassy woman.

He made mistakes. Evaded the truth. And lost her in the process.

But Denis has a plan. One that involves winning back the woman he loves.

Someone isn’t happy that he’s moving on.

What happens when someone targets the love of his life?

Can Denis win Callie back or are the lies too much for her to bear? 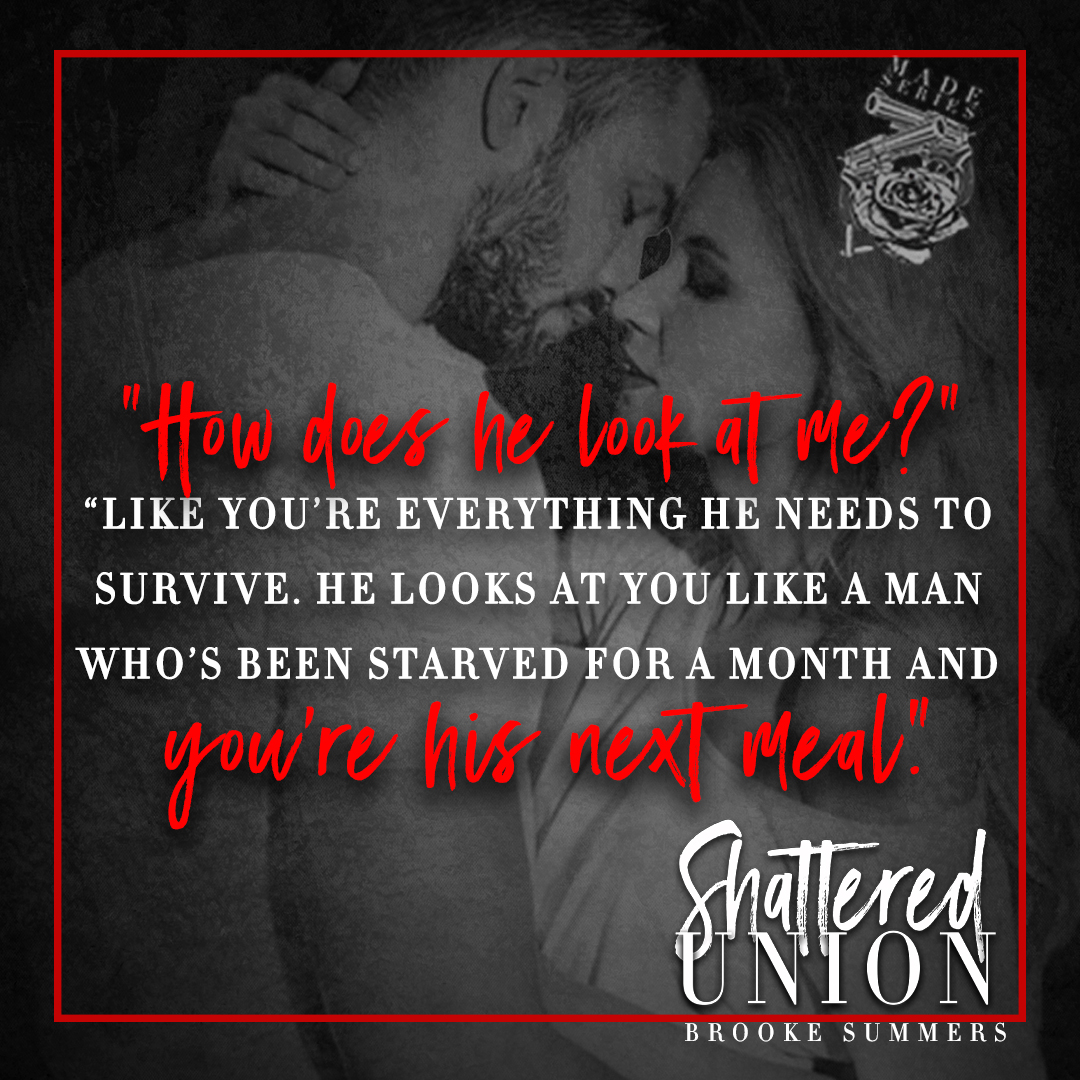 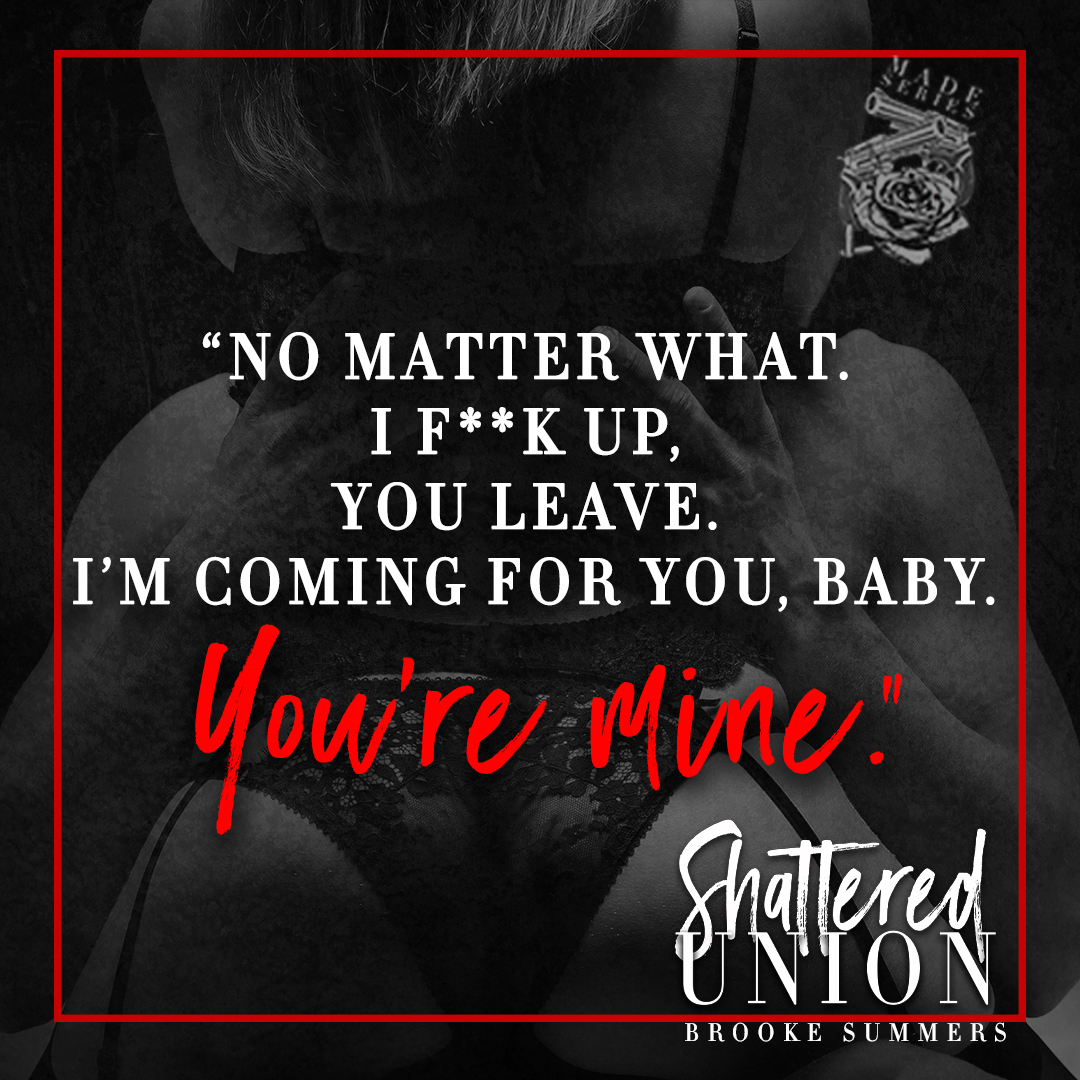 Brooke is a Londoner born and raised. She lives with her husband and their daughter. She’s a foul mouthed, dirty minded weirdo. An introvert and would rather spend the night in front of the fire reading, rather than going out and partying.

By Obsessed book reviews at September 23, 2021 No comments: 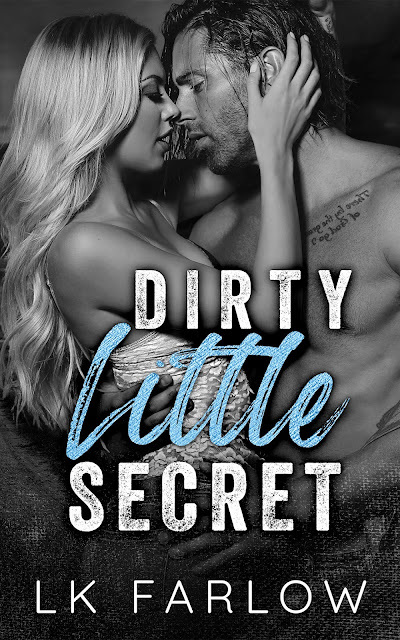 SAMSON
She’s always been off-limits. Forbidden. Way too young for the likes of me.
And yet, she still managed to carve out a space for herself in my heart.
But when push came to shove, I made the only choice I could, and I did it even knowing it would break her heart.
I’m back now, and ready to make her mine. Only, she’s not the sweet girl I left behind. She’s wild, reckless, and sexy-as-hell...a challenge I’m all too eager to meet.
STELLA
He was only ever meant to be a crush. After all, what girl isn’t into her older brother’s best friend?
But somehow, our innocent flirting quickly gave way to so much more. He swore he felt the same way about me… he promised we’d tell my brother together the day I turned eighteen.
Except the night before my birthday, he did the unthinkable, and now I’m not sure I know how to forgive him.
All I know is, I refuse to be anyone’s dirty little secret.
ADD TO GOODREADS 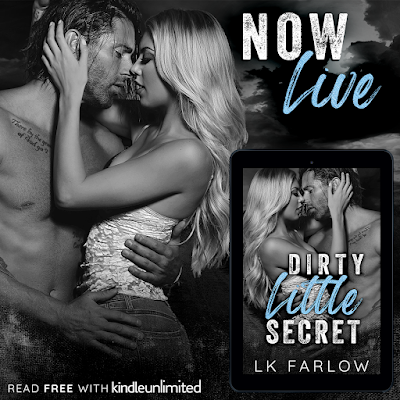 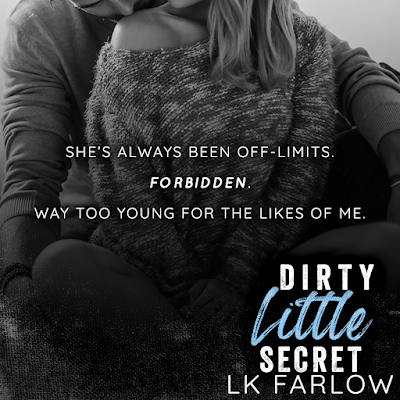 AUTHOR BIO
LK Farlow (A.K.A Kate) is a small town girl with a love for words. She's been writing stories for as long as she can remember. A Southern girl through and through, Kate resides in beautiful, sunny LA--that's Lower Alabama, y'all--with her amazing husband and four rambunctious children. When she's not writing, you can find her snuggled up on the couch watching car shows while she crochets or with her nose in a book. 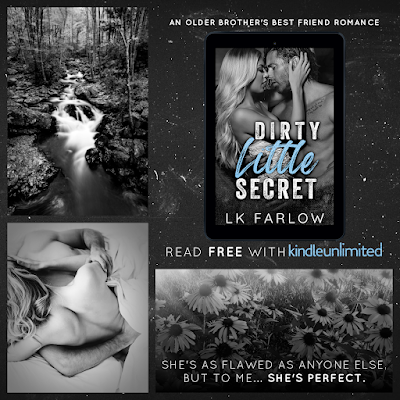 By Obsessed book reviews at September 23, 2021 No comments:

Teaser blast - Change on the fly by Maren Moore

CHANGE ON THE FLY by Maren Moore is coming October 8!

A brand new hockey series from the author who brought you The Enemy Trap.

Imagine being in love with your best friend's brother.

Then.. keeping it a secret for years.

Ridiculously charming, a total player and a hockey super star... Reed Davidson has been the boy next door who's had my heart for as long as I can remember.

He was the ultimate bad boy, and I was just his sister’s shy best friend.

But when Reed's world is suddenly flipped upside down and he gets custody of his nephew, I'm the only one who can help.

I shouldn’t have offered to come on the road with them, but Reed wasn’t cut out to be a single dad and I knew he needed help. I tried to hide my feelings for him, but the two of us, the cutest kid on the planet, and a long hockey season were a recipe for disaster.

Reed was used to getting everything he ever wanted, and this time... He wanted me.

Only now, the stakes are higher and my heart is the one on the line. 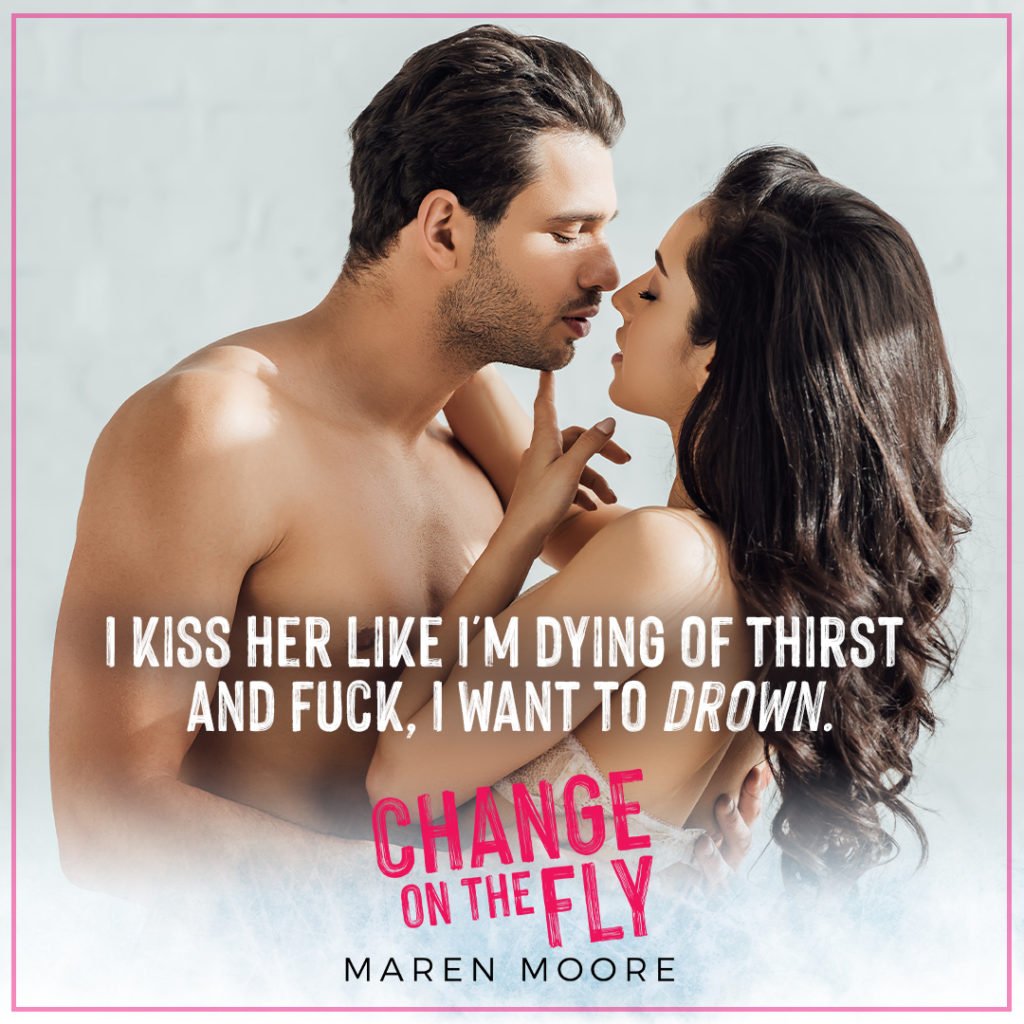 By Obsessed book reviews at September 22, 2021 No comments: