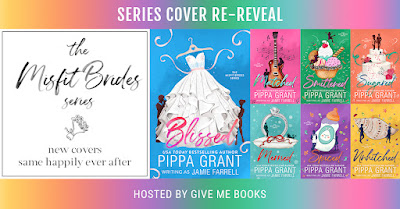 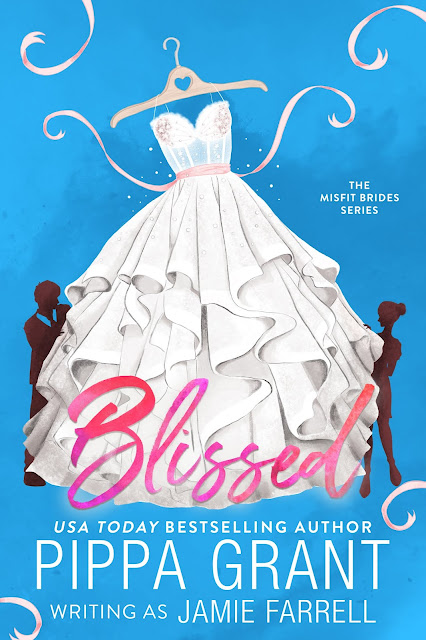 Welcome To Bliss, the Bridal Capital of the Midwest!
Single mom Natalie Castellano isn’t feeling so blissful these days...
Natalie’s made a career out of screwing up all over her hometown. But it’s redemption time, and she’s putting on her big girl panties to make sure this year’s bridal festival goes off without a hitch. Even if it means she has to play nice with the man who broke her fairy tale.
She’s definitely not the one for him. Or is she...
World adventurer and reluctant local hero CJ Blue doesn’t want to be in Bliss anymore than Natalie wants him here. But family obligations have brought him back, and now, and now he’s somehow been roped into saving the town tradition he’d rather forget with the woman whose kiss he can’t forget. She frustrates him and drives him nuts but he's had more fun giving her a hard time about the bridal festival than he has in years.
And their fun is just starting...
Despite their rocky past, these two wounded souls have more in common than they expect. They’ve both loved and lost, they’ve both tried to move on, and now they’ve both been been banned from the local church confessional after...well, they’re not supposed to talk about it. But by joining forces for the sake of Bliss, they might find the courage and the sparks to risk love one more time. 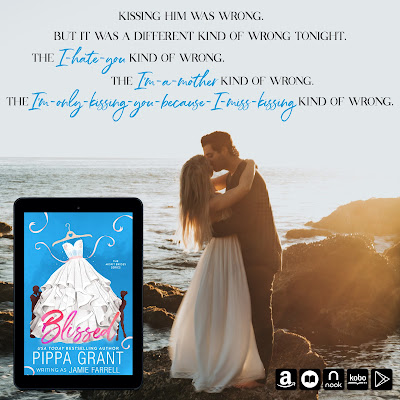 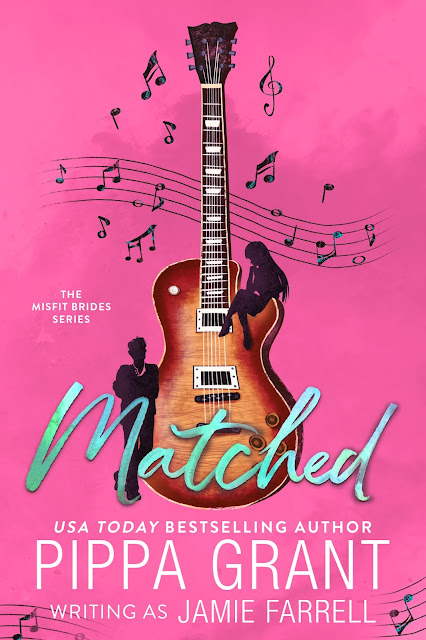 MATCHED
A country music heartthrob and his long-lost love walk into a wedding...
Will Truitt grew up living the saddest kind of country song. Now, though, as superstar Billy Brenton, his life is perfect. Or so people think. But he hasn't been able to write a decent song in months. Crashing a wedding in a quirky little bridal-obsessed town is supposed to provide inspiration to get his career back on track. Instead, all he finds are regrets when he comes face-to-face with the woman who got away, taking his crushed heart with her.
Lindsey Castellano gave up on love a long time ago. As a cutthroat divorce attorney on the outskirts of a town devoted to brides, weddings, and happily ever after, she's honed her skills at avoiding love, commitment, and inevitable heartbreak. Or so she thought until Will Truitt reappears in her life.
When Lindsey shattered Will's heart fifteen years ago, she'd been a sorority girl on her way to the top. He'd been a lowly janitor with a dream. Now he's on top of the world, and she's the last person he should need or want.
But she's the only person who has ever inspired his music. And he's the only man she's never been able to forget. Have the years made them wiser, stronger, and better able to love, or this time, will they simply crash and burn harder?
ADD TO GOODREADS 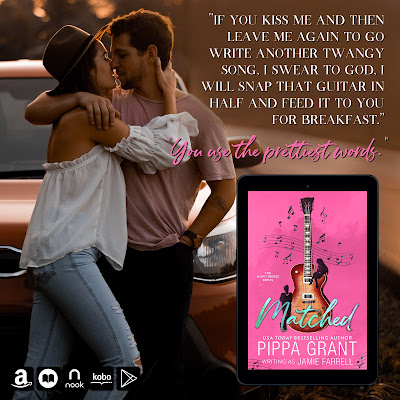 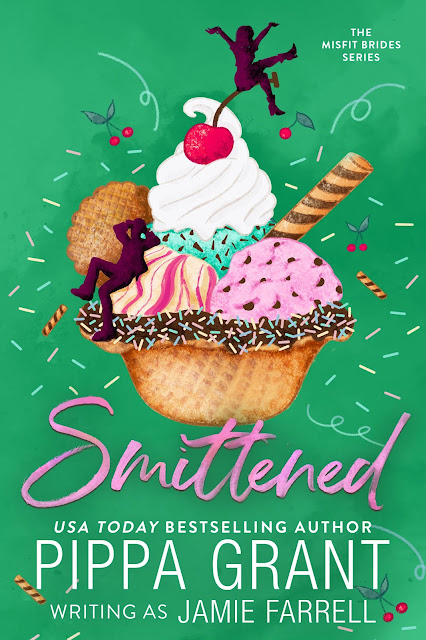 SMITTENED
A Bad Boy, a Good Girl, and Ice Cream!
Dahlia Mallard has finally found her destiny—running an ice cream shop in Bliss, the happiest bridal town in the Midwest. Problem is, her heart is bigger than her bank account. After spending her last dime on a less-than-worthy cause, she needs a serious influx of cash to get through the winter. Her last-ditch effort? Convincing country music superstar Billy Brenton to attend the risqué flavor-tasting event she’s planned to boost sales. But the closest she can get to Billy is his drummer, the womanizing Mikey Diamond.
Mikey loves the ladies, and he makes no secret of it. But he’s not such a fan of this town devoted to weddings, love, and marriage. And he’s even less of a fan of people using him to get to Billy. When circumstances land Mikey in Dahlia’s house as her new roommate, though, all his caution—and all his interest in any other single ladies—flies out the window. Dahlia’s quirky and funny and, unlike his usual women, she doesn’t tolerate any of his baloney. But when Mikey discovers that Dahlia, too, is using him to get close to Billy, will he take the chance to be her hero instead, or will he revert to his manwhore ways?
ADD TO GOODREADS 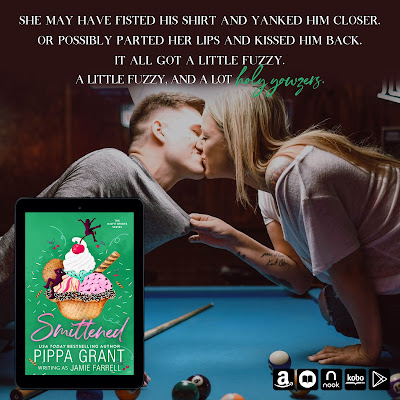 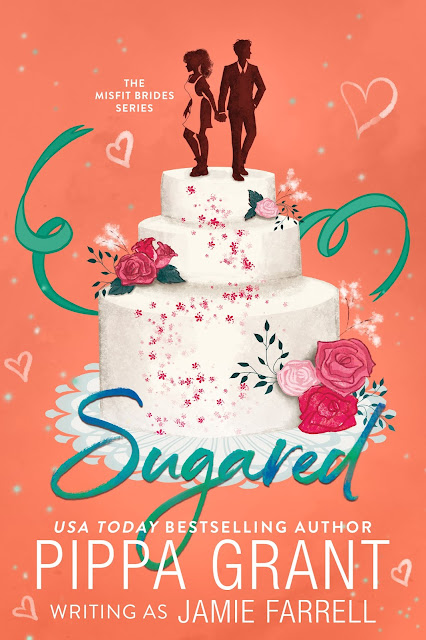 SUGARED
When Chicago’s Hottest Snack Cake Heir…
Josh Kincaid went from rags to riches when he was adopted by the family who owns the Sweet Dreams Snack Cakes empire. But now the company is floundering, and Josh will do anything to save his parents the way they saved him. Including using his charm on a small-town wedding cake baker.
Takes on the Misfit Princess of the Bridal Capital of the Midwest…
Kimmie is flighty, she spouts off weird dreams when she’s nervous, and her frizzy hair and fashion sense make her the girl least likely to snare a debonair snack cake heir. But Kimmie can bake a cake that’ll make a grown man cry, and that’s exactly what Josh needs to turn his parents’ business around.
They Just Might Find The Recipe for Love
Josh’s plan should be easy, except Kimmie isn’t all cupcake underneath. Her help comes with a price. If Josh wants to save his family’s company, he’ll have to do something he’s never done: be himself.
Cupcakes have never been so terrifying.
ADD TO GOODREADS 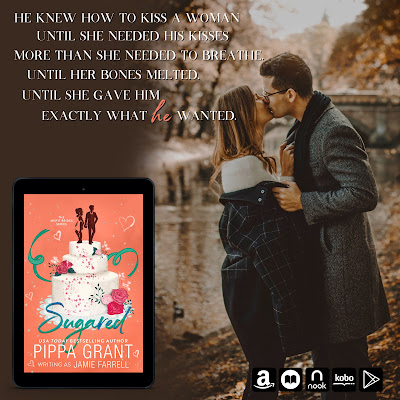 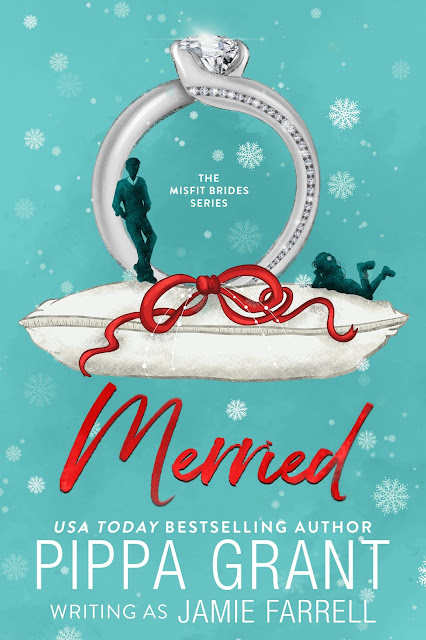 MERRIED
He’s the Spare Heir of Bliss’s most famous jewelry shop
Max Gregory’s family is best known for creating and displaying the world’s most cursed diamond ring, but here in the bridal capital of the world, Max is best known for having a cursed love life. Not that he believes in curses. Or he didn’t, until he met Merry.
She’s the daughter of a notorious jewel thief
Merry Silver's parents have wreaked havoc on her life. After her last romantic disaster—thanks, Daddy—she’s fleeing the country for a chance at normal. But first, she has to avoid her favorite ex-boyfriend while she gets her mom married off. Again.
And they’re about to get a second chance at love
Max was horrified when he discovered why Merry disappeared last year. Now she's back in Bliss for a wedding, and her father may be after his family’s most prized possession. But is it the diamond Max is worried about? Or is he afraid of losing the only woman who’s ever made him want to settle down?
Either way...the family jewels are in danger.
ADD TO GOODREADS 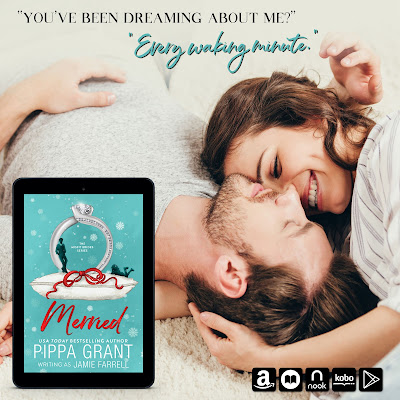 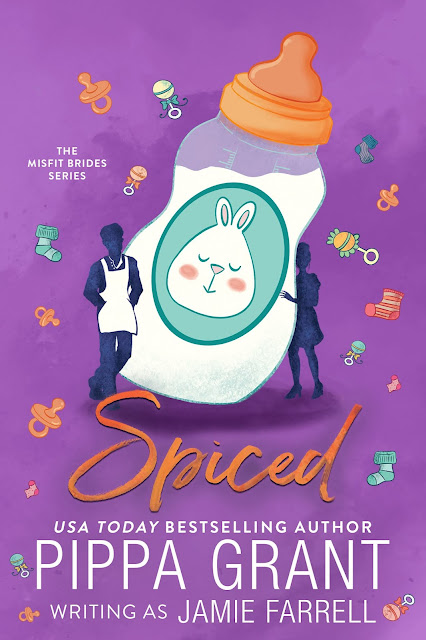 SPICED
Dueling neighbors, baby fever, fake boyfriends, and pizza... Life in Bliss has never been better!
Pepper Blue wants a baby. Forget the husband. She’s better at training men to be good husbands for other women than she is at getting one herself, so she’s doing this on her own.
But she hasn’t exactly shared the news with her family, and they’re determined to find her a date to the next family wedding. A date that won’t ditch her for one of her sisters or cousins. This time.
Which means Pepper Blue needs a fake boyfriend. A fake boyfriend that she has no chance of actually falling in love with. A fake boyfriend like her obnoxious neighbor.
Tony Cross is a pizza god with a sausage problem. He’s putting on a good show—a different woman at his house every night, flirting with all the right customers, flexing his muscles when called upon—but since his divorce, his meat has been more on the undercooked side. If you know what he means.
Except, unfortunately, when it comes to his annoyingly perfect, always put together, too good for him neighbor. Pepper Blue. Who is not a viable candidate for fixing his “little problem.”
So he’s not sure why he’s coming to her rescue, pretending to be her boyfriend to save her from a bad date at his pizza joint. He just knows it’s fun. And it irritates her. And it turns out, she might be able to help his flagging pizza sales as much as she’s helping his flagging… you know.
So long as this is just business, he’s happy to keep pushing her buttons.
All night long, if he has to.
ADD TO GOODREADS 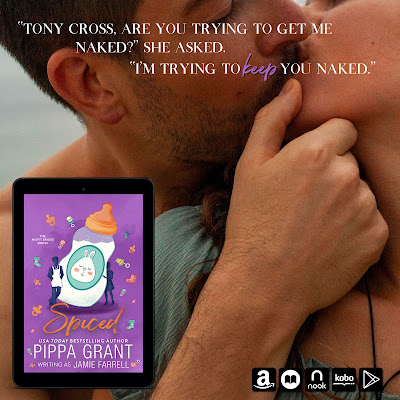 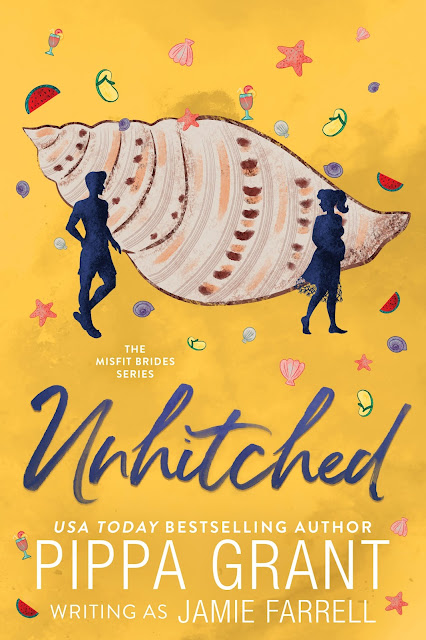 UNHITCHED
What happens in Vegas doesn't always stay in Vegas!
Tarra Blue found out the hard way that her Vegas annulment didn’t take, and now she’s hunting down her accidental husband to finish what they started ten years ago.
Ben Garcia left the corporate world behind when his business partner dropped dead of a heart attack, and he’s doing his best to embrace life as a beach bum. But running an umbrella stand isn’t quite enough. And he doesn’t know what he’s missing.
Until Tarra walks back into his life.
Suddenly, the wife he once didn’t want is everything he never wants to give up. But she comes with complications. BIG complications.
They’re already entangled.
Is she worth the fight?
ADD TO GOODREADS 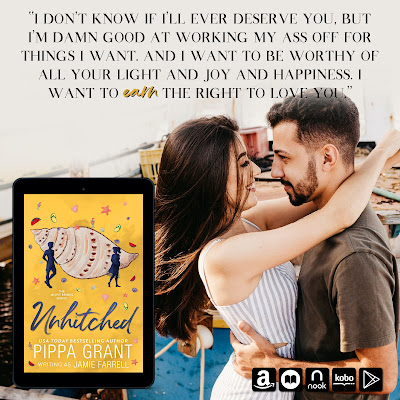 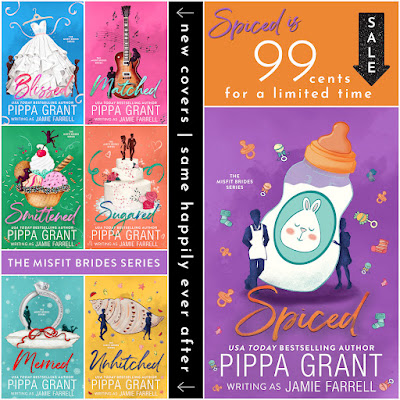 Pippa Grant is a USA Today Bestselling author who writes romantic comedies that will make tears run down your leg. When she's not reading, writing or sleeping, she's being crowned employee of the month as a stay-at-home mom and housewife trying to prepare her adorable demon spawn to be productive members of society, all the while fantasizing about long walks on the beach with hot chocolate chip cookies.
AUTHOR LINKS
FACEBOOK
FACEBOOK GROUP
TWITTER
GOODREADS
BOOKBUB
WEBSITE
INSTAGRAM
VERVE ROMANCE
TIKTOK 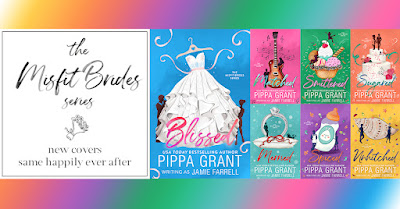