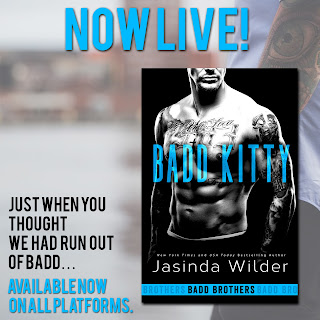 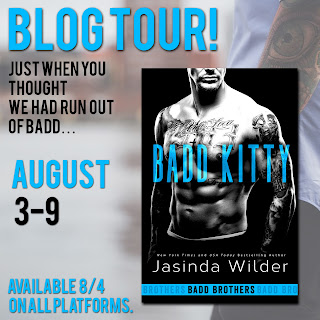 BLURB
Just when you thought we had run out of Badd…
Meet Roman Badd, one of a set of triplets, each bigger and badder than the last. If you thought the original Badd brothers were sexy, foul-mouthed alphas, just wait till you meet these three sexy-as-sin, long-lost Badd cousins…
Roman is a smokejumper, an elite member of the US Forest Service who parachutes into the most rugged and remote terrain to combat out-of-control wildfires unreachable even by hotshots. He’s brash, domineering, and an expert at seduction.
Kitty Quinn is the exact opposite. The head server at Badd’s Bar and Grille, she’s the daughter of a philosophy professor and a kindergarten teacher: sweet and kind, and with a persona of innocence and purity—catnip for the ravenous lion that is Roman Badd. She knows she’s in way over her head with him, but this good girl has enough inner strength and confidence to stand up to Roman’s hard-charging, take-what-he-wants attitude.
Can she get past his foul mouth and unapologetically rapacious sexual appetite to the good, kind man she wants to believe lurks beneath, or is Roman Badd as wild and untamable as the fires he fights? 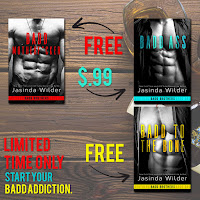 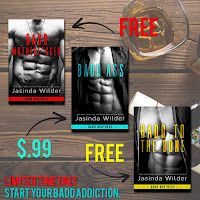