What do you get when you mix one sultry summer night, one world famous rock band, and one booze-soaked party in the Hollywood Hills?
An evening that's hot as sin.

Hot As Sin, an all-new novella in the Bad Habits Series from J.T. Geissinger is LIVE! 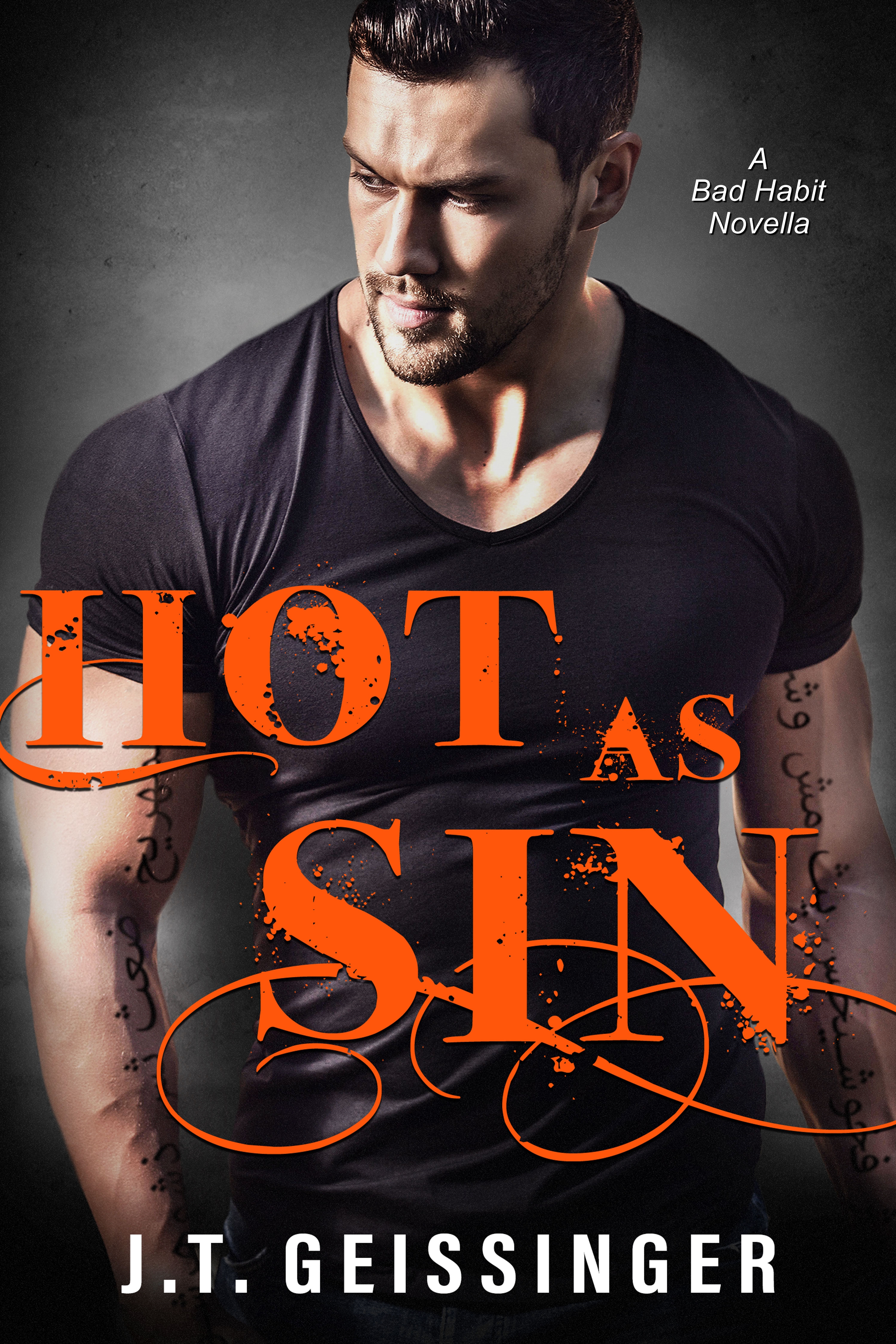 On his last day in Los Angeles before leaving for his new job with a high-profile private security firm in New York, Bad Habit's long-time bodyguard Barney just wants to relax. Too bad the members of the band have other ideas. The bad boys of rock 'n' roll might be settling down with wives and children, but that doesn't mean they've forgotten how to party . . . hard.
And Barney's going away celebration turns out to be the party everyone will talk about for years.
Sex, drugs, and rock 'n' roll are all on the menu in this companion novella to the Bad Habit series, introducing characters from the spin-off Dangerous Beauty series coming in 2019 from bestselling author J.T. Geissinger. 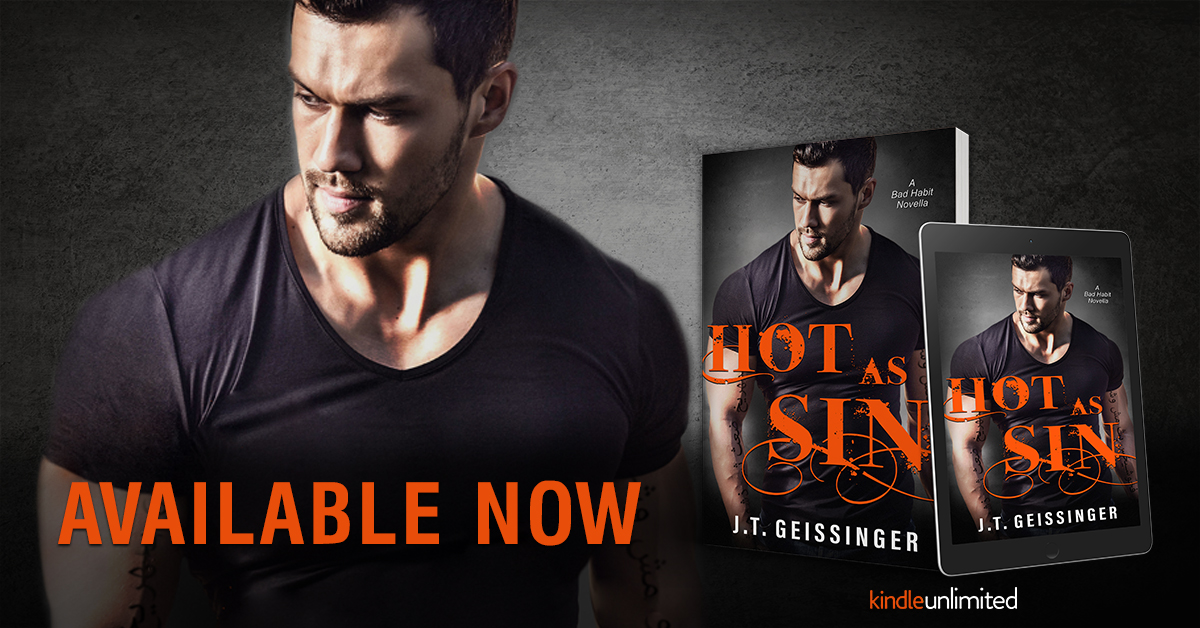 
J.T. Geissinger is a bestselling author of emotionally charged romance and women’s fiction. Ranging from funny, feisty rom coms to intense, edgy suspense, her books have sold more than one million copies and been translated into several languages.

She is the recipient of the Prism Award for Best First Book, the Golden Quill Award for Best Paranormal/Urban Fantasy, and is a two-time finalist for the RITA® Award from the Romance Writers of America®. She has also been a finalist in the Booksellers’ Best, National Readers’ Choice, and Daphne du Maurier Awards.

Her first novel was published in 2012. Since then she’s written eighteen more novels. When she’s not writing, she’s reading, drinking wine, surfing the internet, and daydreaming about all the things she’s going to be when she grows up. She lives near the beach in Los Angeles with her husband and deaf/demented rescue kitty, Ginger. 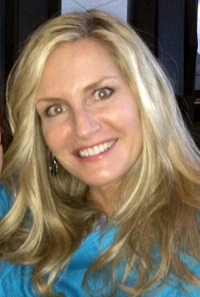