Fearless, an all- new emotional  standalone by Carly Phillips is coming March 20! 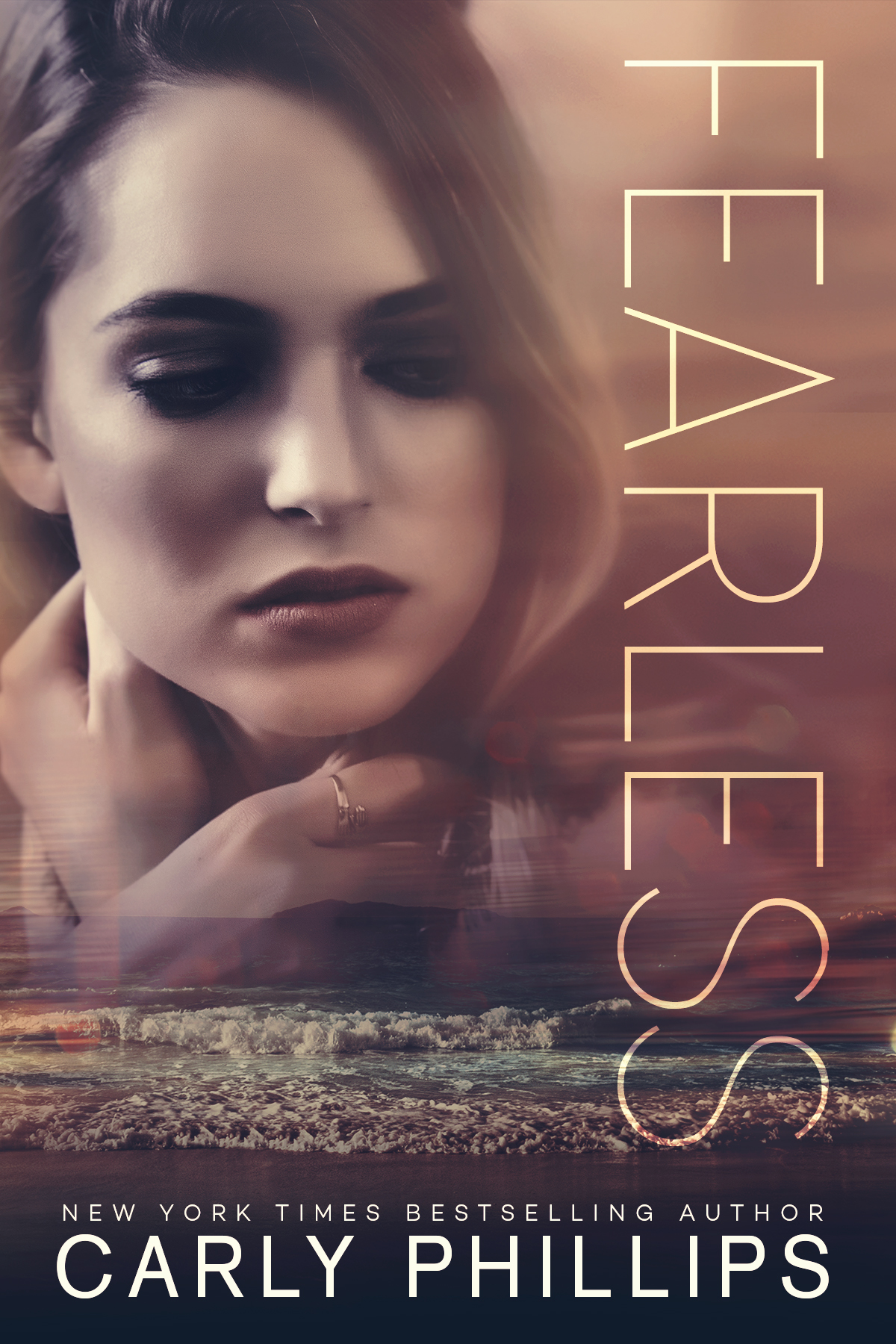 Fall in love with the Wards…
Mechanic and garage owner, Kane Harmon is used to the wealthy beautiful women visiting his beach town. He doesn't get involved because he knows most females would merely be slumming for the summer.
Except Halley Ward isn't just passing through. She lives a solitary life in a bungalow on the beach. A woman tormented by her past, distant from her wealthy family, different from Kane's usual fare of town girls who know his M.O.- Don't expect more than he's willing to give.
Kane rescues Halley and her broken down car from the side of the road and instantly he's hooked. She says she's not interested in him. He knows she lies. And he makes it his mission to bring her back to life, to return her emotionally to her family. To show her the colors around her were as vibrant as the ones she puts on her canvas.
Until past meets present and threatens all the progress they've made. Then it's Halley's turn to step up and stand up for the relationship and life she's finally coming to believe she deserves


He nipped at her lip one last time, swiped his tongue over her in a soothing motion before pulling back and gazing into her eyes.

“So much better than I fucking imagined,” he said in a gruff voice.

She let out a hesitant laugh as reality drifted back and settled on her shoulders. “Kane…”

“No regrets,” he warned her.

She shook her head. “I don’t. I can’t regret that kiss. But you need to know, I’m not a good bet for a relationship.”

He narrowed his gaze, that heady stare still hot on hers. “What makes you say that?”

She swallowed hard. “I’m different. You know that about me. I like being alone. I work hard, get lost in my paintings. I forget what time it is. Sometimes I don’t pay attention to days and nights. I spend more time alone than with people and most guys don’t want a girl they can’t take out with their friends because she doesn’t like big crowds.” There. She’d said it all, put her truths out there for him to hear.

Not all of her truths, of course. There were some she didn’t drag into the light of day. Ever. She didn’t even allow them in her nightmares if she could help it. The problem was, sometimes she couldn’t control her dreams. She wished she could.

“And?” he asked, as if what she’d said meant nothing.

“I’ve had unsuccessful relationships. And do you want to know why they were unsuccessful? Because I’m odd,” she said before he could answer. “And they got frustrated with me and broke things off. So I don’t do relationships anymore. I don’t like disappointing people and I don’t like being hurt when things inevitably end.”

She opened her eyes wide. “That’s all you have to say? Hmm?”

She blinked and braced herself up with a hand on the sand. “You aren’t?”

He shook his head. “I like you. I like spending time with you. And yeah, I like kissing you. A fuck of a lot. And I plan to do it more often. But trap you in a relationship if that’s not what you want?” He shook his head. “Not happening.”

She swiped her tongue over her kiss-roughened lips. “I don’t know what to say.” Nor did she know what to make of his proclamation and easy acceptance.

“And the kiss, it was good?” he asked, stroking a hand down her cheek and eliciting a shiver that went straight to her already erect and aware nipples and down to her sex.

“Then let’s not overanalyze or examine what this is or isn’t. My life is crazy what with the garage, my father, my nephew who hangs around every day… and now a side gig that I definitely enjoy.” He gestured back to her deck. “No need to label and complicate things.”

She was surprised to hear him be so nonchalant. With his pursuit of a date and him showing up here to build her deck in his limited spare time, she definitely thought he wanted something serious.

If he didn’t, if he could accept who she was and what she could give, then she didn’t see an issue with letting things be and taking it one day at a time.

“So are we on the same page?” he asked, his lips brushing over hers. “We have fun? We enjoy each other? And we don’t put pressure on either one of us with expectations?”

“Agreed,” she said, wondering why her stomach tumbled over the idea that he didn’t want her for anything more than just a good time. He’d given her exactly what she’d asked for. 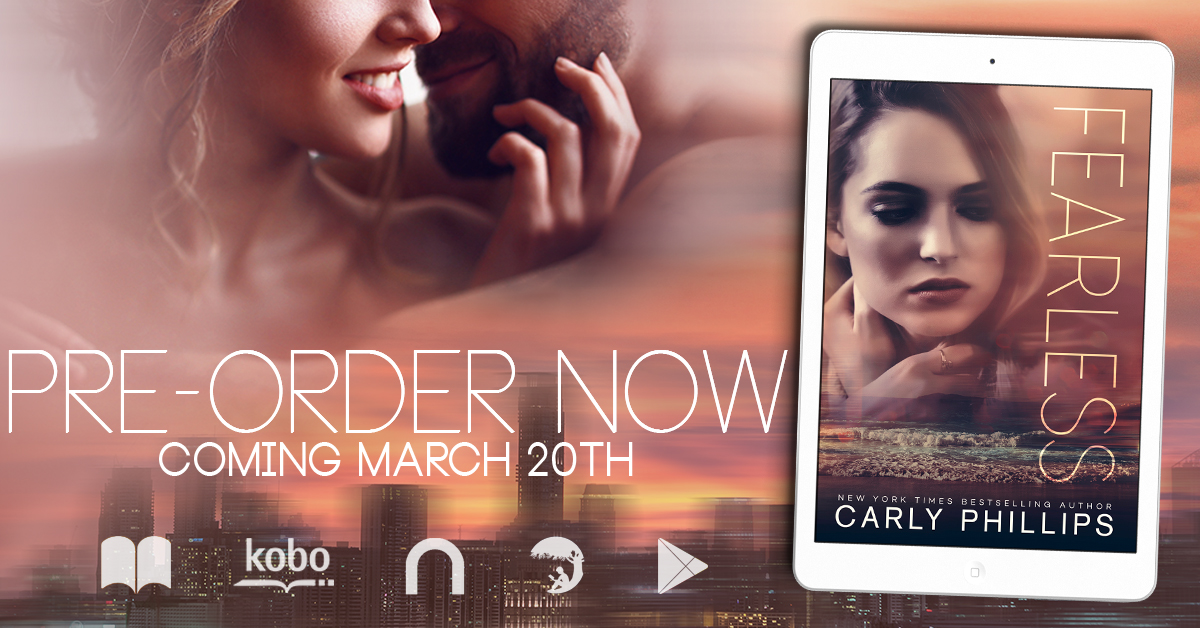 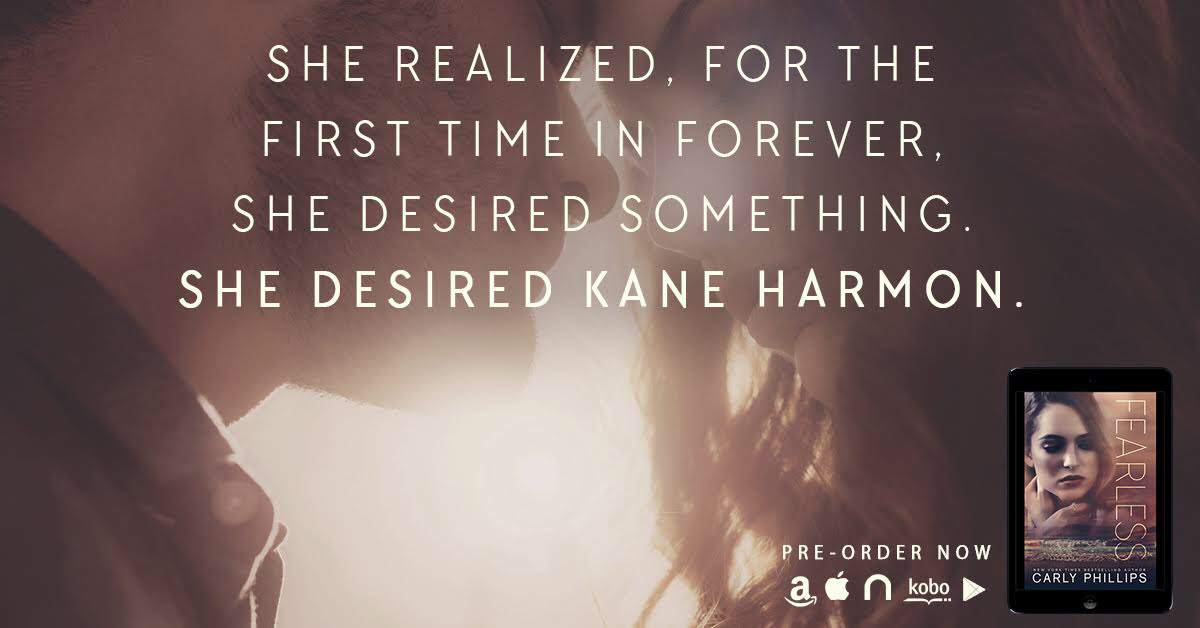 Meet Carly Phillips:
Carly Phillips is the N.Y. Times and USA Today Bestselling Author of over 50 sexy contemporary romance novels, including the Indie published, Dare to Love Series. She is happily married to her college sweetheart, the mother of two nearly adult daughters and three crazy dogs. Carly loves social media and is always around to interact with her readers.