A little about C. Kindler


I have lived in Wisconsin for 23 years. I was born and raised in Arlington Hts., Illinois. I am a single mother of three children. I spent most of my life working and caring for my children. After, the youngest one graduated from school, I gave thought to writing a book. I was always told that I had a wild imagination, so, I decided to put it to good use. I absolutely love to read, and surround myself with books. I especially love to read adventure thrillers. 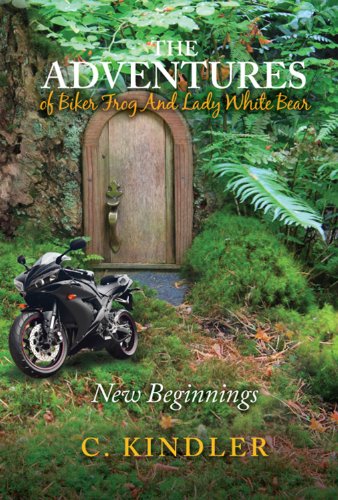 When Biker Frog rides up to the pond he calls home on his self-built solar-powered motorcycle, he has no idea that his life is about to change forever. After showing the motorcycle off to his friends at the pond, he takes off on a new journey. Shortly, into the journey, he sees a magnificent, black deer with glistening gold antlers and hooves blocking the road. He serves to miss the deer causing him to lose control and crash. When he wakes up, he finds himself in a magical land of different times. There he meets the brave Lady White Bear, who has mistaken him for a powerful warrior. His motorcycle is believed to be a magical beast created by a spell. Soon, Biker Frog will find himself in the adventures of a lifetime, along with Lady White Bear. There is magic, danger, and new adventures throughout the land, and the two will gather friends from all parts of the land. 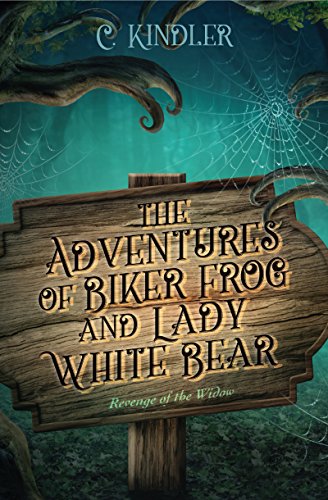 Biker Frog is happy about his decision to stay at the castle. He and his solar-powered motorcycle, the Beast, are ready to help Lady White Bear in any way they can. As a royal knight, it is Biker Frog’s duty. As Lady White Bear’s friend, it is an honor to help.

Despite the peace in the land, Biker Frog and Lady White Bear stumble upon a big mystery when they find King Tae captured in a web in the Crooked Tree Forest. Samoen, a fifteen-foot-tall black widow spider, has imprisoned him. To stop Samoen’s rampage and save the kingdom, Biker Frog and Lady White Bear will have to find a sorceress and raise an army! 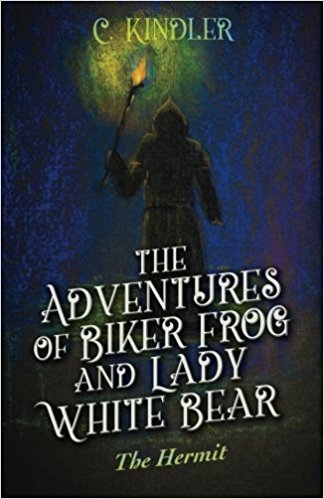 Biker Frog is a long way from his old frog pond. In his previous adventures, he has traveled to the land of Notellis and met the brave Lady White Bear and her father, King Dannis. Biker Frog and Lady White Bear have saved Notellis twice from danger and disaster. Their latest adventure will take them out of Castle Bearmor and into the Witchlok Mountains.

Biker Frog, now Sir Biker Frog, thanks to King Dannis, has taken Lady White Bear and their friends Gomer and Henry to shop in a local village. It is there that they first hear the legend of a mysterious hermit. It immediately captures Lady White Bear’s imagination, and she insists that the group venture into the mountains to find the hermit’s cave.

Biker Frog realizes that Lady White Bear wants to trick King Dannis so he won’t worry about her. He reluctantly goes along with the plan, but both will find out that their quest is a lot more dangerous than they had imagined. Will the four friends get out of the mountains alive, or will the hermit prove to be too strong a foe?