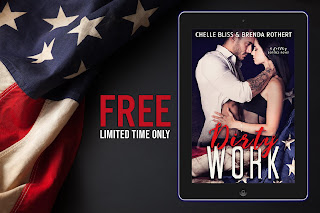 REAGAN:
I hate him. Jude Titan is everything that’s wrong with the male sex: cocky, domineering and loaded with swagger. Oh, and did I mention he’s a Republican? Yeah, the guy’s so conservative he leans to the right when walking. And lucky me, I’m running against him for Senate. But I’ve got plenty of fight in me. A golden boy war hero opponent with a smile that leaves melted panties in its wake? Bring. It. On.

JUDE
Damn, she’s sexy. Reagan Preston intrigues me from the moment I lay eyes on her. And speaking of laying…I want between those thighs. But I want to make her burn for me first. Every debate and stolen moment is foreplay for us. She claims she hates me, but her body tells a different story. I plan to win this election, but I also want to win the sharp, fiery Democrat who captures my attention like no woman ever has. Politics is filthy, just like all the things I want to do to Reagan Preston.

The Filthy Series includes all of the titles below and doesn't have to be read in any particular order.
Book 1: Dirty Work
Book 2: Dirty Secret
Book 3: Dirty Defiance
By Obsessed book reviews at March 06, 2018