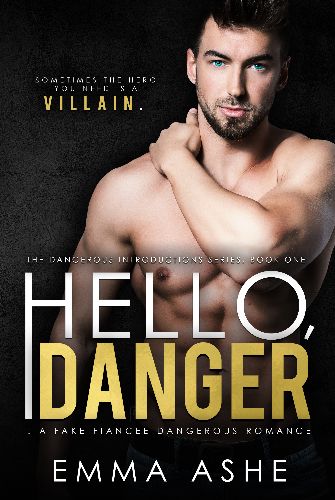 Not all monsters are born.

But when those monsters emerge? No one ever admits they saw it coming.

Maybe they didn’t. Maybe I was the only person who knew Sebastian Hale was destined to be a monster. Maybe because I helped ruin him.

I’m everyone’s favorite villain, but once upon a time, I was Emmy Alexander’s protector. We haven’t seen each other in years, but now she’s back and she needs my protection again. I haven’t forgotten her betrayal. I keep trying to forget our kiss.

She wants protection now? Done. But, nothing in this world is free.

And I’m ready to make her pay. 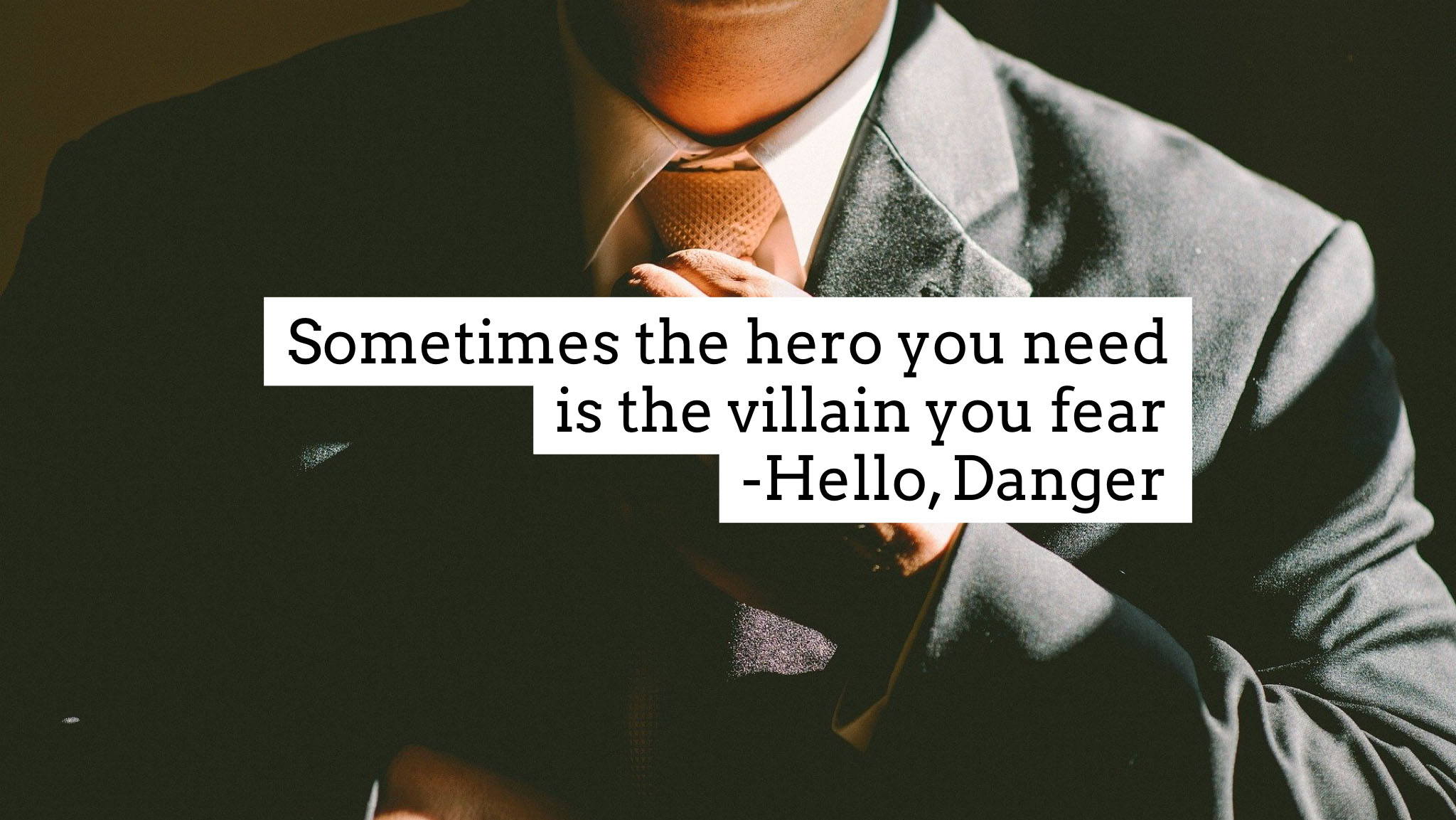 
I could look at him all day, I think, stuffing down a wild laugh. I force my eyes up and…Hale’s scowling. He’s always scowling, I remind myself and give him a ‘What?’ look.

He pushes off the door, stalking toward me. “Every time I turn around you’re there, smiling like your life depends on it, desperate for everyone to like you.”

“Nice.” He turns the word in his mouth like it’s sour. “Another word for doormat.”

My jaw drops. “No, it’s not. Nice is another word for helpful. I volunteer, I clean up, I make sure people smile when they see me coming.” We’re toe-to-toe now. He has a head and half on me and uses every inch to look at me like I’m pathetic.

“People smile when they see me coming,” I repeat. “Which is way more than anyone does when they see you. Whatever. I don’t care what you think.”

More scowling. “Your laundry list of virtues begs to differ.”

“Yeah, well, you’re the one who followed me in here. What’s that say about you?”

“True.” He searches my face like he’s looking for cracks. “You need approval. It’s your fix, isn’t it?”

I hate it—hate myself—but that stings. For a second, I think I’m about to be sick. “And you want everyone to fear you. It makes you feel powerful, but listen to me, Sebastian Hale, I’ll never be afraid of you. Ever.”

It pulls a laugh from him—a genuine one—and I die all over again.

“You’re pathetic.” He considers me, looking at my mouth like he’s remembering something. “You really should listen to me, Alexander: stop letting people walk all over you.”

I’m so angry I can barely breathe. This is Hale at his worst, but also…there is something raw living underneath the words. I know I’m not supposed to see it, but I also can’t stop seeing it.

“Speaking from experience?” I ask sweetly, turning to find my supplies.

His hand snakes out, lightning fast, catching mine.

“But we are,” I say, nearly laughing when I say it. I jerk my hand back—and my worst nightmare happens: the button on my sleeve breaks or comes loose or something because my whole white cotton sleeve goes loose and peels back, revealing my purple fingerprinted forearm.

I refuse to look down, but I know my whole world is exposed right now, spread across several inches of skin for anyone to see, which is bad enough.

But Hale seeing it is worse, I think, my stomach lurching. It will prove everything he’s said is true.

I yank my hand back.

He doesn’t let go. His deep blue gaze bores into mine and then…dips to my hand.

It’s too late, I think. Way too late. He’s seeing everything.

And it was true, wasn’t it? Because his grip tightened, not enough to hurt, but more than enough to hold me still. He doesn’t look up. He can’t seem to tear his eyes away from something that isn’t his to see.

And I can’t do a damn thing about it.

His thumb brushes across the pulse point in my wrist. He can feel my heartbeat racing. I know he can. I hate it.

But he still doesn’t and part of me isn’t even surprised—the rest of me wants to laugh until I cry. He should drop me like I’m infectious. He hates this kind of weakness.

This time, his grip loosens and I can finally snatch my hand back, cradling it like he was the one leaving all my spotted bruises. I refuse to look at him. Refuse.

“Princess.” His voice sounds rusted, like something he’s dredged up from the mud. “Those are fingerprints.”

Duh, I want to say. I feel pathetic—no, worse, I feel like I am every bit of the ridiculous princess he’s made me out to be.

He’s not wrong, I think and bite the inside of my cheek, bite so hard I have to look at him. “So?” I spit.

And that, that makes his eyes meet mine. Mine might be wild and furious, but his…

His expression promises me he’s going to burn the world down and I suck in a breath, unsure, and yeah, frightened.

So much for swearing I would never be afraid of him, I think, whipping my shirt sleeve back down and waiting for familiar relief to hit me as I try to re-button the cuff with fumbling fingers. It doesn’t come. I’ve been seen—by Sebastian Hale. This could not get worse.

I concentrate on my stupid, tiny buttons. My fingers keep slipping. “Don’t call me that.”

Screw it. I do. I look up at him, ready to punch him in his beautiful, arrogant face. “What?”

Eyes on me, he tugs the bottom of his shirt loose, pulling it up to reveal the V of his hips…the bottom of his six-pack, and in spite of my rage, the sight turns my mouth dry, and then…a band of bruises. They’re different shapes and there are so many more.

But the colors match mine and my breath leaves me in one low, slow hiss.

This is like the world’s worst friendship bracelet, I think and I have to bite down my laugh. If I start now, I won’t stop.

“Look at me,” he commands again. It rolls a shudder through me, but I do as I’m told. I don’t hesitate and the sight of him blows me empty.

I’m used to Hale’s contempt, his rage, his dark amusement, but I’ve never seen recognition. Right now, I was being seen. I was understood—without me having to say a single word.

It should’ve been shameful and instead…it nearly took me to my knees. It was a relief.

I shake my head. “Does it matter? Who did yours?”

A one-shouldered shrug. “Does it matter?” His gaze drops to my forearm again. “I should’ve known.”

I’m not sure if he’s talking to me or to himself, but either way, it turns my joints to puddles.

He sees who I really am now, I realize. Of course…now I see him too.

One of Five eARC's for Hello, Danger: A Fake Fianceé Dangerous Romance


I post entirely too many pictures of my dog, horse, and whatever I am currently obsessed with--and I have Attention Deficit Disorder so obsessions change pretty rapidly.

So here's the deal: most people in my life would be shocked to know I write romance. I've kept my romantic streak pretty much on the down low as it would ruin my street cred as my company's smart-mouthed, no-nonsense administrative assistant. I kinda hate that. Why can't you be snarky and still want a guy to be sweet to you? Anyway, I struggled for years with my writing. I've always enjoyed it, but I was afraid to tell people I wanted to be a writer. I felt like it would be like telling them I wanted to be an actress--or that I wanted to wear a cape while I fought crime.

So I wrote a bunch of books in secret and now I'm slowly publishing them and the response has been pretty amazing. I'm not special, but OMG my readers make me feel like I am. I'm incredibly lucky to have them. I wish I'd had the courage to publish before now.

Anywho, if you like romantic comedies heavy on the sarcasm and steam, you might like my books. I love to write heroines readers can relate to and heroes who can't help but fall for them. 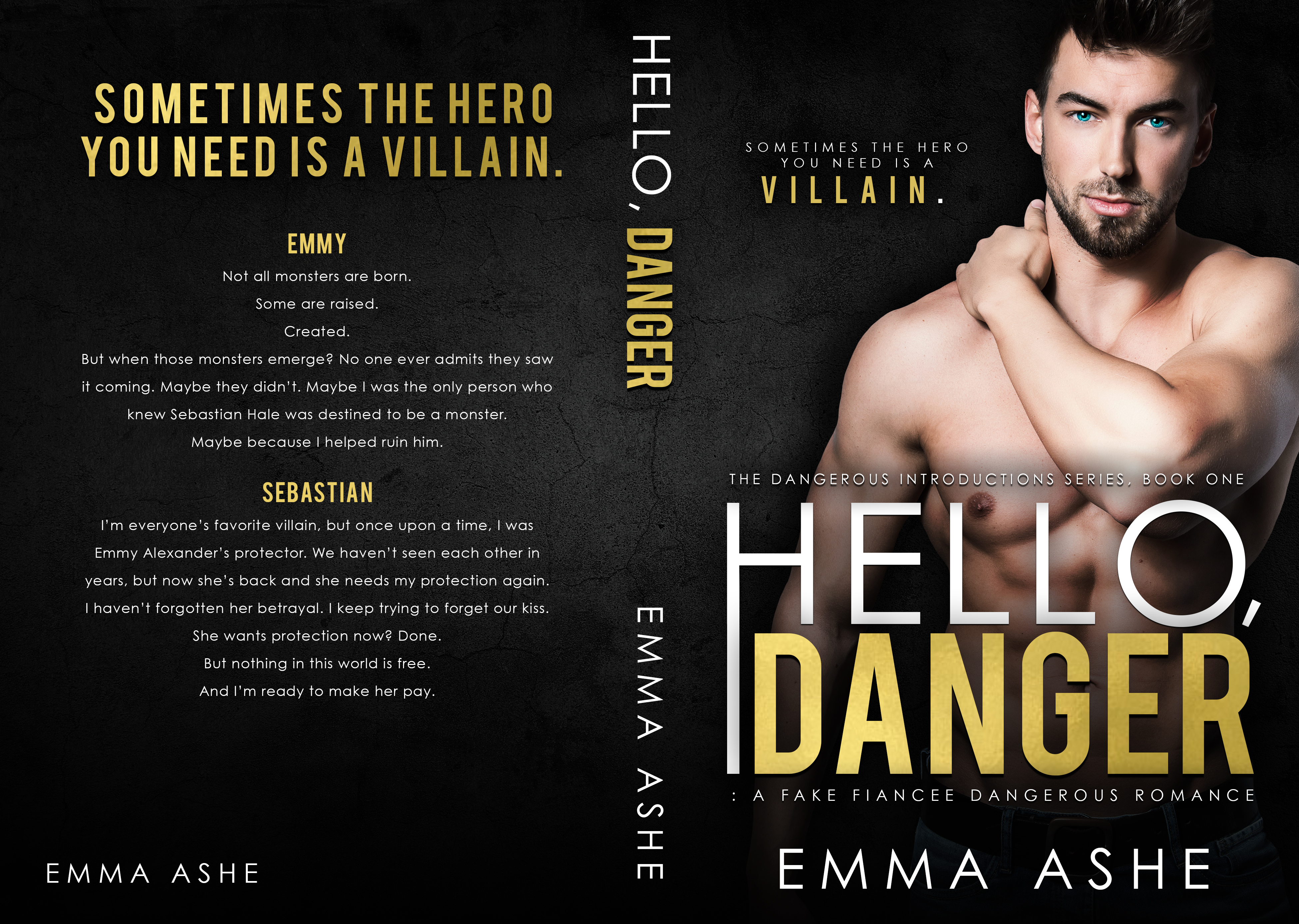