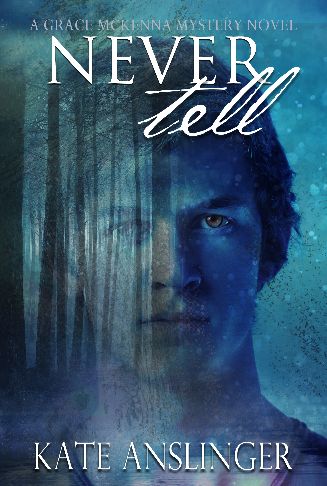 
Detective Grace McKenna has a gift. When she looks into the eyes of criminals, she is inundated with glimpses of their crimes.

In book three of the McKenna Mystery series, Grace finds herself face to face with a High School principal holding onto a haunting past.

When Grace looks into the eyes of Principal Jack Whittaker on a routine visit to an elementary school, she is confronted with visions of a disturbed woman who is struggling to convey a message.

In Never Tell, flashes of a heavily made-up face, a red rope that seems to lead to nowhere, and a rainy night in a familiar field, lead Grace to places outside of Bridgeton to solve a crime that she hopes will help heal the town.

Armed with the few clues that she has from a missing persons case in the eighties, Grace untangles the mystery alongside a questionable witness.


ADD TO YOUR TBR 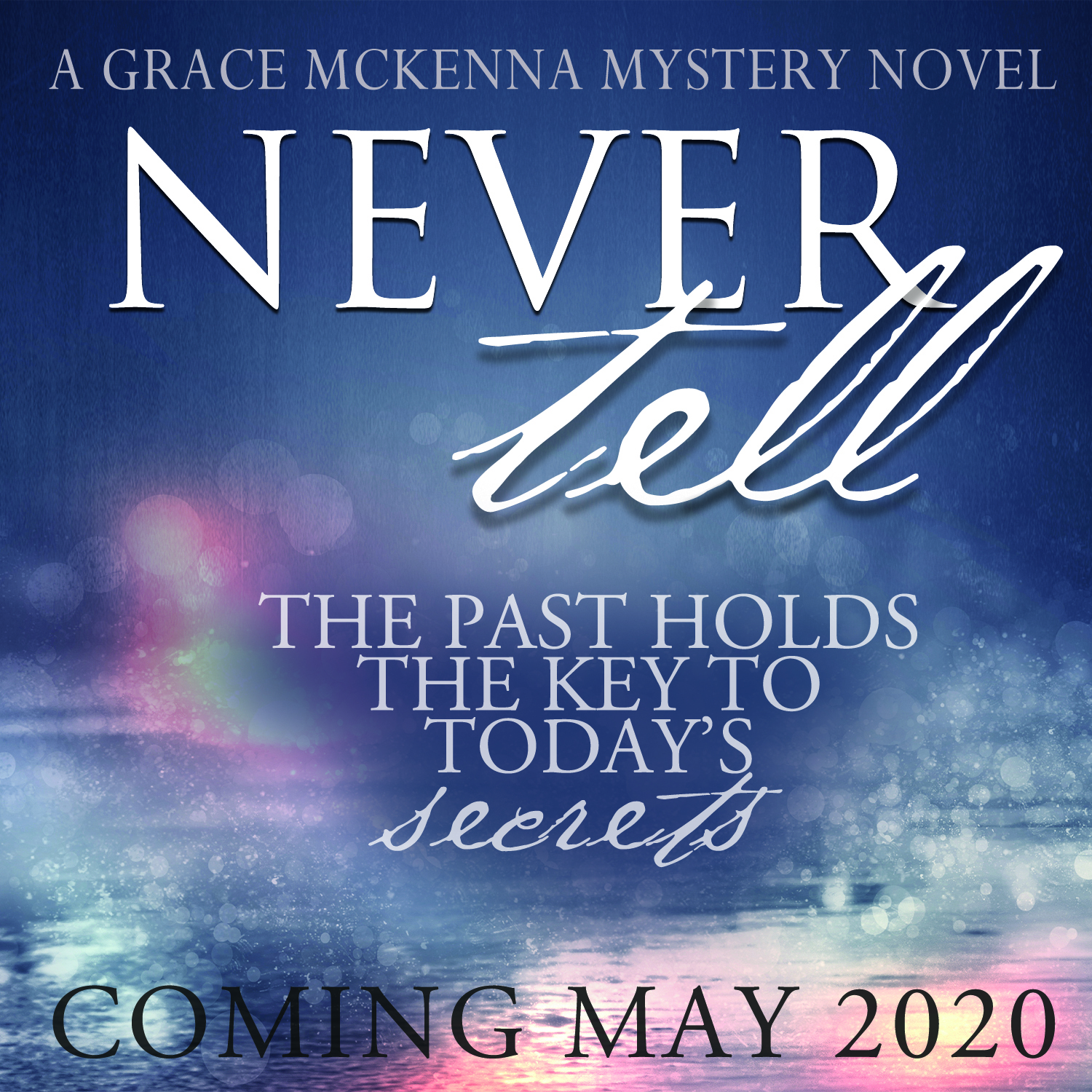 “Mr. Whittaker,” Grace started to pull herself up and out of the quicksand of leather, just as he jumped back and let out a slight burst of trepidation. Feeling for the light switch in the darkness, he flipped the light back on. Grace was still struggling to get to her feet, using the armrest to help drive her body up so she was eye level with his tan V-neck sweater fitted to his chest muscles and allowing for extra space around his waist where his 50-something-year-old body had accumulated a modest extra layer.

“I’m sorry if I startled you,” Grace tilted her head up, and sealed her focus on a pair of hazel eyes, a deep burnt orange outlined in various shades of brown, blue and green. Darker flecks in the shape of little slivers slashed through the outer rings. And with the flecks came flashes of a woman lying on a pile of leaves, the oranges and browns the same blend of colors in the Principal’s eyes. Stiff brown curls with streaks of blonde spring from her head in one big wave that moves over to the left side of her face. A pair of deep brown eyes outlined in cobalt blue shadow peek through specks of a gray powder. Streaks of dark pink make their way up each of her cheeks, reaching  toward smudges of the shadow that extends beyond her eyelids. A turquoise warmup jacket zips up to her pale neck, greeting a bright yellow collar the same shade as the asymmetrical shapes that stand out in patterns on the windbreaker. Her lips are the same shade as her cheeks and they part slightly, opening and closing as if she is trying to say something. Then the woman’s face transforms into one that is soaking wet, bangs now a flattened mess and her hair a chunk of scraggly noodles touching her shoulders. Her makeup now streaks of pink, black and blue cascading down her face. And then the image of a masculine arm with skin broken by four small dots. Grace is left trying to decipher the words that are erupting from the woman’s mouth, she feels as if she is disconnected from her body, frozen in a moment that she never truly existed in.

“Do we have an appointment?” The words serve as background music for the scene that the woman is playing in her vision. And just as fast as Grace was taken into this cryptic world, she is pulled from it, standing face to face with Principal Jack Whittaker, the man who is somehow connected to the woman with the over-made-up face and fluorescent warmup jacket.

“Grace! Yes! I’m so sorry.” Jack Whittaker backs up into the office and leads Grace to a chair as he allows the strap of his leather bag to slip down his arm, lazily dropping it on the floor beside his feet. He slides into the chair behind his oversized, outdated desk, resting his palm on the metal top and caressing it like he’s appraising a new sports car. “I just didn’t have the heart to replace this desk, it kinda goes along with everything else in this building don’t you think…and who am I to replace all the memories that have been made in this place.” He pauses for a moment, lost in another place, another time. “I digress! Sorry…anytime someone comes to talk to me about tearing down this building and starting from scratch I get a little bit, weary. Anyways, I assume you are here to talk to me about the road detours once we get to work.”

“I’m sorry,” Grace feels like she was just offered up some answers on a silver platter, but she is having trouble keeping up with his trail of clues. “I’m actually here to talk about the anti-bullying campaign that the district has adopted, I’ll be…”

“Oh geez! I’m so sorry, I’ve been so wrapped up with conversations about construction that I’ve lost track of our mission of the school…to teach kids how to be valuable members of society.”

Grace looked down at the space between the bottom of the clunky desk and the carpeted floor, catching a glimpse of his feet, oversized and sturdy like his hands. Everything about Jack Whittaker was big. His voice had a particular echo to it that Grace imagined made students stand at attention. He was taller than average, his body taking up space in a way that made others have to search for their own self-assurance while in his presence. Even Grace, with the obvious visions that she retrieved from him just moments before, was second-guessing herself, debating if she was worthy of being in his presence.

“No worries, I just wanted to introduce myself and give you the agenda that we have lined up for the year,” Grace retrieved a piece of paper from the bag that she was clutching to her chest. “This is the schedule that we have now, but if something clashes with the curriculum or activities that the school has already planned out, we can certainly change things.”

“No need to change a thing Grace, I take bullying very seriously, as does my staff, so consider this a priority for us,” he leaned back in his chair, centering his eyes right on hers, leaving behind a flash of the woman looking back at her as she runs away, her feet heavy from the muddied earth. “Is there anything else I can do for you while you’re here? I’m sure your time is precious…being a detective and all.” 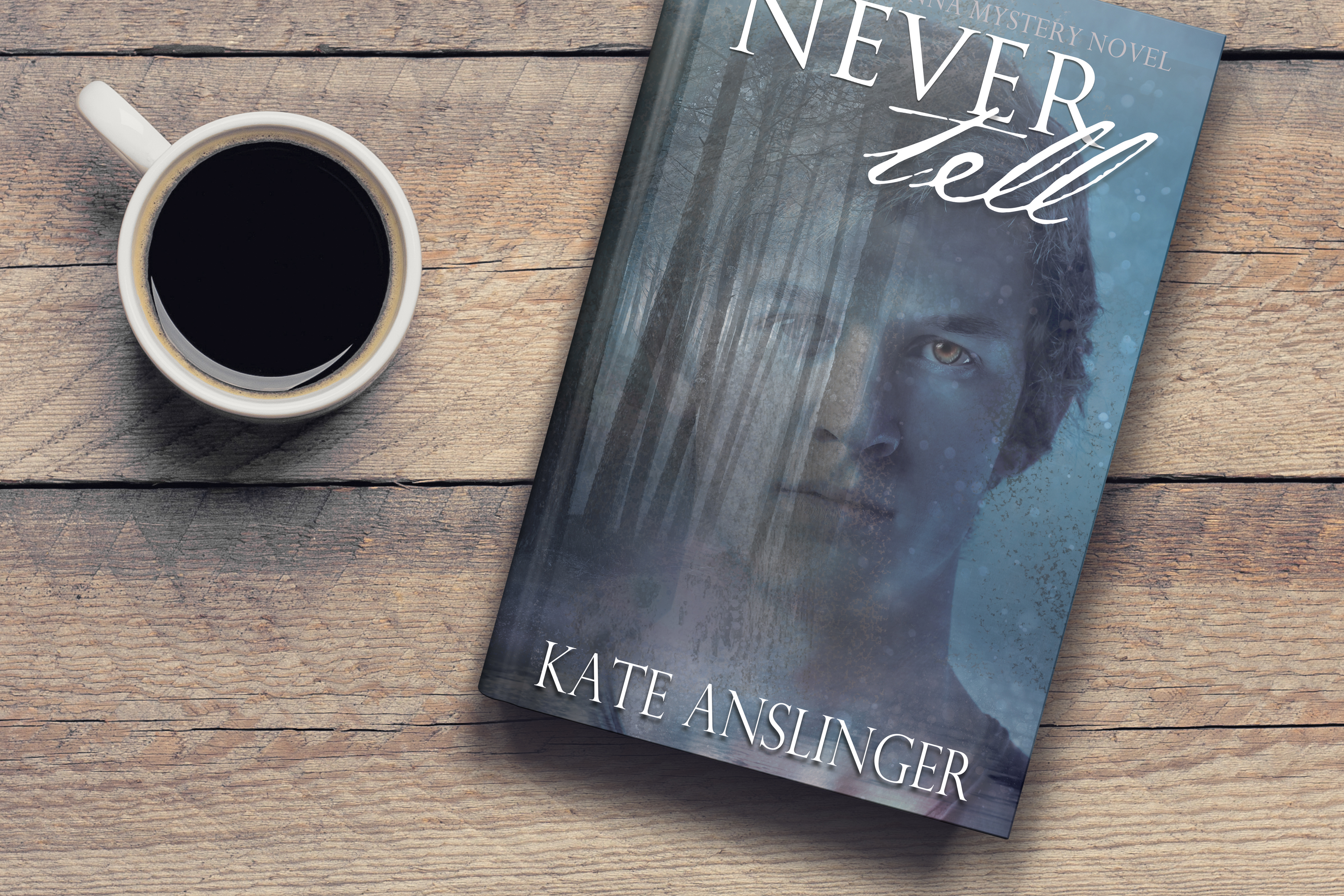 One of Five eARC's for Never Tell 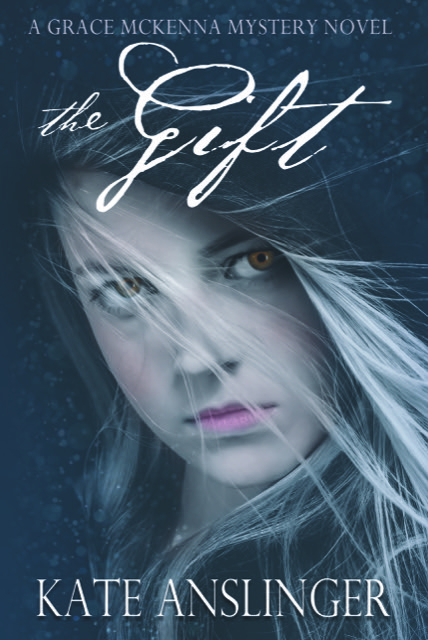 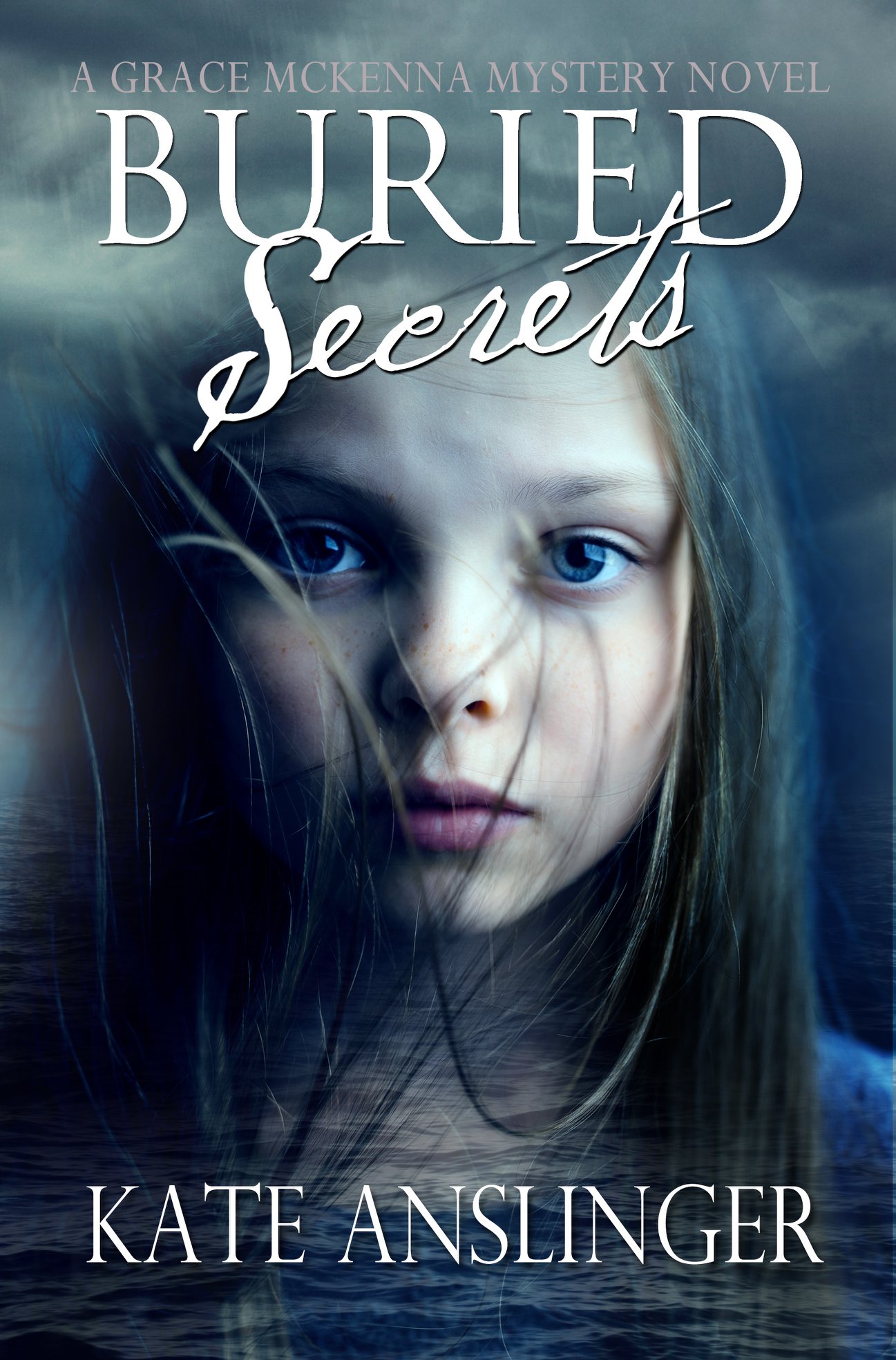 
Kate Anslinger is the author of the McKenna Mystery novels, a series that follows Detective Grace McKenna on her spree of secretly solving crimes with the help of her gift to see clues in the eyes of criminals. In addition to her life as a novelist, Kate is a journalist, freelance writer and a veteran of the United States Air Force. Her debut novel Saving Jason, touches upon the struggles of PTSD, a topic that is near and dear to her heart. Kate lives in a sleepy beach town outside of Boston with her husband, two daughters and Newfoundland pup.