Excerpt & cover reveal - Off the cuff by K.I. Lynn 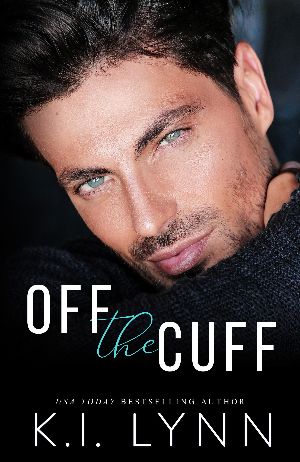 OFF THE CUFF by K.I. Lynn - Cover & Excerpt Reveal

I spilled a cup of coffee on the President of Acquisitions.
He deserved it.

Not the brightest idea, but I’d had a bad day, and now he’s getting back at me.

For nine weeks I’m to be his assistant, and there’s nothing I can do about it.
It’s punishment.

Every moment we’re near each other it’s a constant battle of wills, but I refuse to go down.

If only he wasn’t so good looking.

If only my fantasies didn’t invade our arguments.

Everything is off the cuff, including him pinning me to the wall.

Now he wants something else from me.
A date.

There’s just one problem--he doesn’t know I have a child. 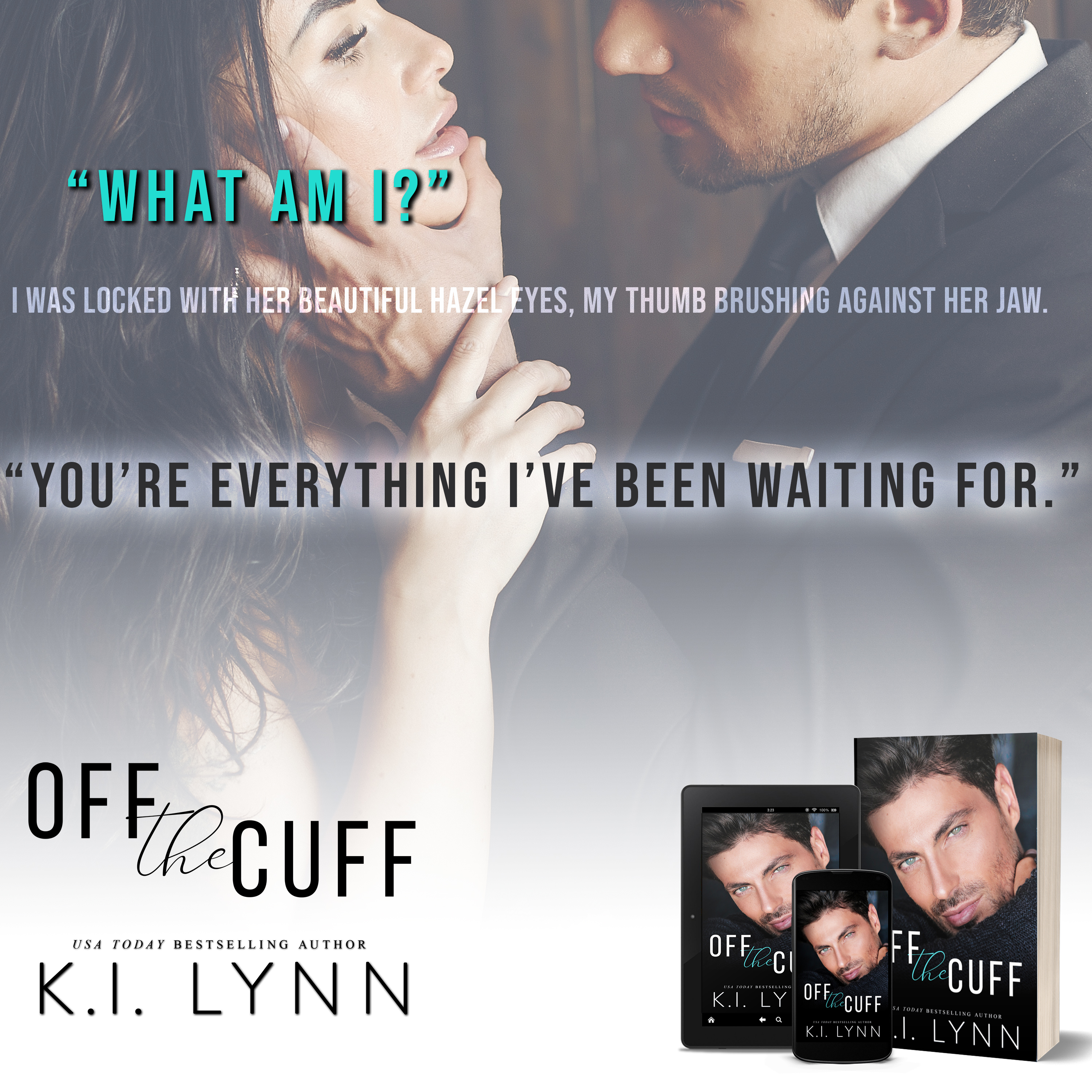 I leaned over the counter of the break room, watching the pot of coffee slowly fill. The smell of the fresh brew lifted my spirits, and it helped me knowing soon I’d have a delicious cup in hand that would help me get through the next few hours.

“Are you okay, Roe?” January asked.

I blew out a breath and turned to her. “It’s the worst case of the Mondays. Please tell me it will get better. Lie if you have to.”

“Oh, sweetie.” Her gaze moved down my shirt. “It will get better. Stay here. I’ll be right back.”

Before I could ask or have her just meet me at my desk, she was gone.

My eyes drooped for a second, heavy as afternoon drowsiness hit and combined with my already tired state. After ten months of caring for my baby niece, you’d think I’d have the perpetual lack of sleep down to an art form, but alas, it wasn’t so. There was no such thing as getting used to operating on just a few broken hours of sleep. A quick intake of breath and some blinks shook me awake, at least for a moment.

While I spaced out, the dripping of the coffee subsided and I poured a cup. The smell was divine, and I pulled a container from the fridge. I loved to mix in some premade cold mocha to cool it down faster and make it even yummier. I took a sip of my coffee, a moan leaving me. Perfect.

In my tuned-out state, I wasn’t aware there was someone behind me. As I turned, my elbow caught his outstretched arm. The jostle sent a wave of coffee over the lip of the mug. Hot, dark liquid splashed across my hand and the clothing covering the person behind me.

My eyes were wide as my body bowed back to avoid more of it landing on me, my hand stinging from the warmth. Thankfully the mocha had cooled it down some.

“Oh, crap. I am so sorry!” My shit day that was having a brighter moment just got even worse.

“Fucking incompetent twit!” he spat as he grabbed for some paper towels.

My mouth dropped open. “I am so sorry,” I apologized again, my brain stuck in blame-taking mode even though his words were grating on me. It could also be partially blamed on the hotness towering over me.

The man before me with his whip of a tongue was just as lashing with his looks. I’d seen him around before. Who wouldn’t have noticed that razor line of a jaw, stunning blue eyes, dark hair, or his perfect body in a suit that had to be custom made?

He may have starred in a fantasy or two of mine, but that was to be expected with a man like him.

My gaze caught on the flicker of his black cuff links as they glimmered with each swipe of his hand. They struck me as odd and off brand from what little personality I’d built up in my head.

“Sorry doesn’t fix this,” he growled at me.

He was pissed, and for some reason, that was funny to me. Of course Mr. Too-Sexy-For-His-Suit had a bad attitude. It was an accident. If he’d done something as simple as alerting me to his presence behind me, it wouldn’t have happened.

Past his looks, I knew who he was in name only, but our encounter showed me that it was more than enough.

“It was an accident. If anyone is at fault, it’s you for sneaking up on me.”

He glared down at me, taking in my stained shirt, and tsked.

“You are incompetent,” he sneered as he brushed a wet paper towel against his shirt.

The word repeated in my mind as I stared at him.

The day had been long, the challenges hard, and I had battle scars in the form of the discoloration of my shirt to prove it.

The vein on my forehead throbbed, and the anger that simmered under my frustration of the day boiled over.

I’d had a shit day, and he was the icing on that cake. Icing I didn’t want. I already had formula, mustard, and coffee.

I narrowed my gaze at him before extending my arm and tipping my cup, splashing another dark stain onto the very expensive, fitted suit he filled out so well.

“Oops.” I smiled, watching the brown soak into the white of his dress shirt before heading to the doorway where January was standing, a detergent pen in her hand, jaw dropped as she witnessed what just happened.

“Thanks,” I said as I snatched the pen from her, ignoring the death glare being burned into the back of my head.

Well, my day didn’t get better, but I sure felt better after that. 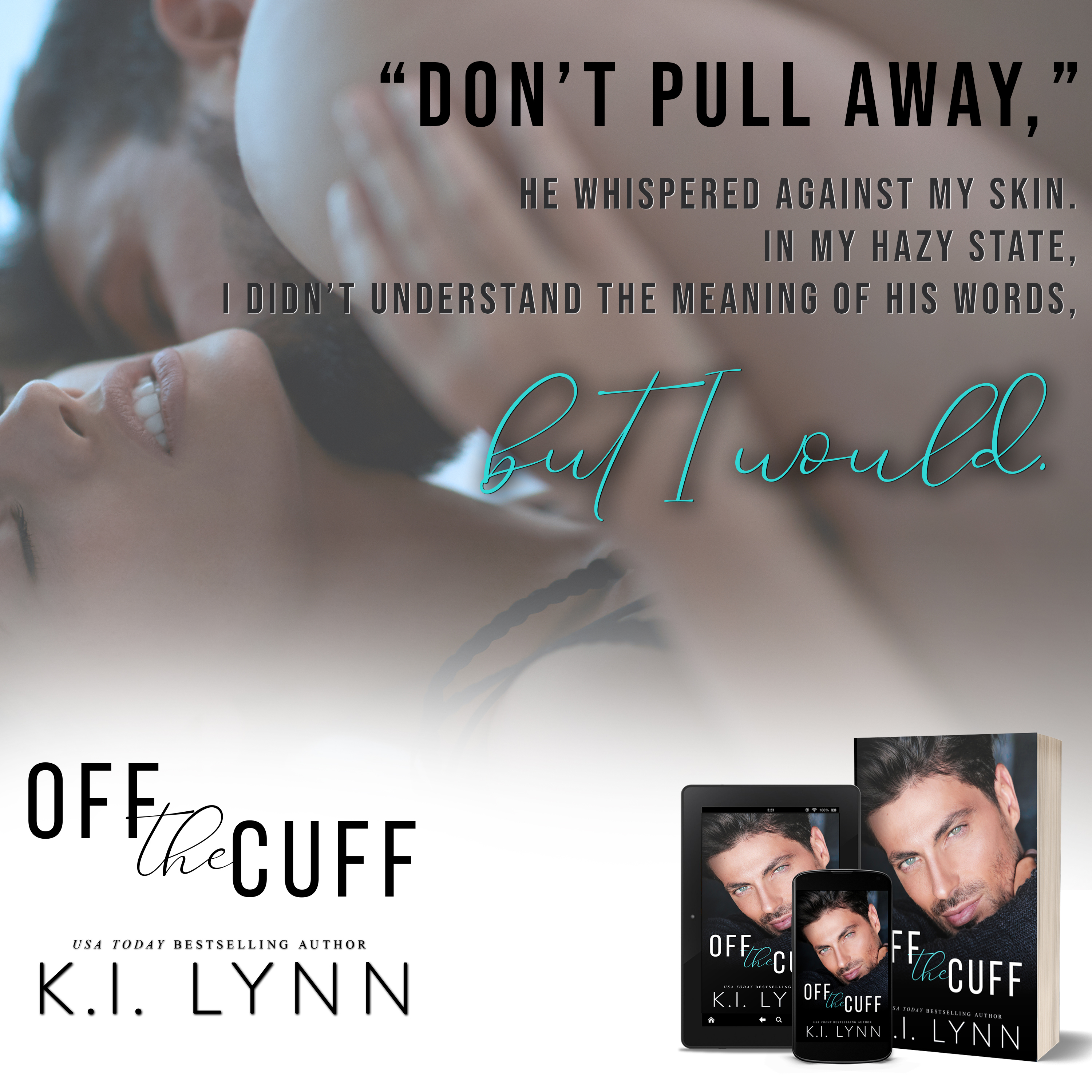 One of Five eARC's for Off the Cuff

K.I. Lynn is the USA Today Bestselling Author from The Bend Anthology and the Amazon Bestselling Series, Breach. She spent her life in the arts, everything from music to painting and ceramics, then to writing. Characters have always run around in her head, acting out their stories, but it wasn’t until later in life she would put them to pen. It would turn out to be the one thing she was really passionate about.

Since she began posting stories online, she’s garnered acclaim for her diverse stories and hard hitting writing style. Two stories and characters are never the same, her brain moving through different ideas faster than she can write them down as it also plots its quest for world domination…or cheese. Whichever is easier to obtain… Usually it’s cheese. 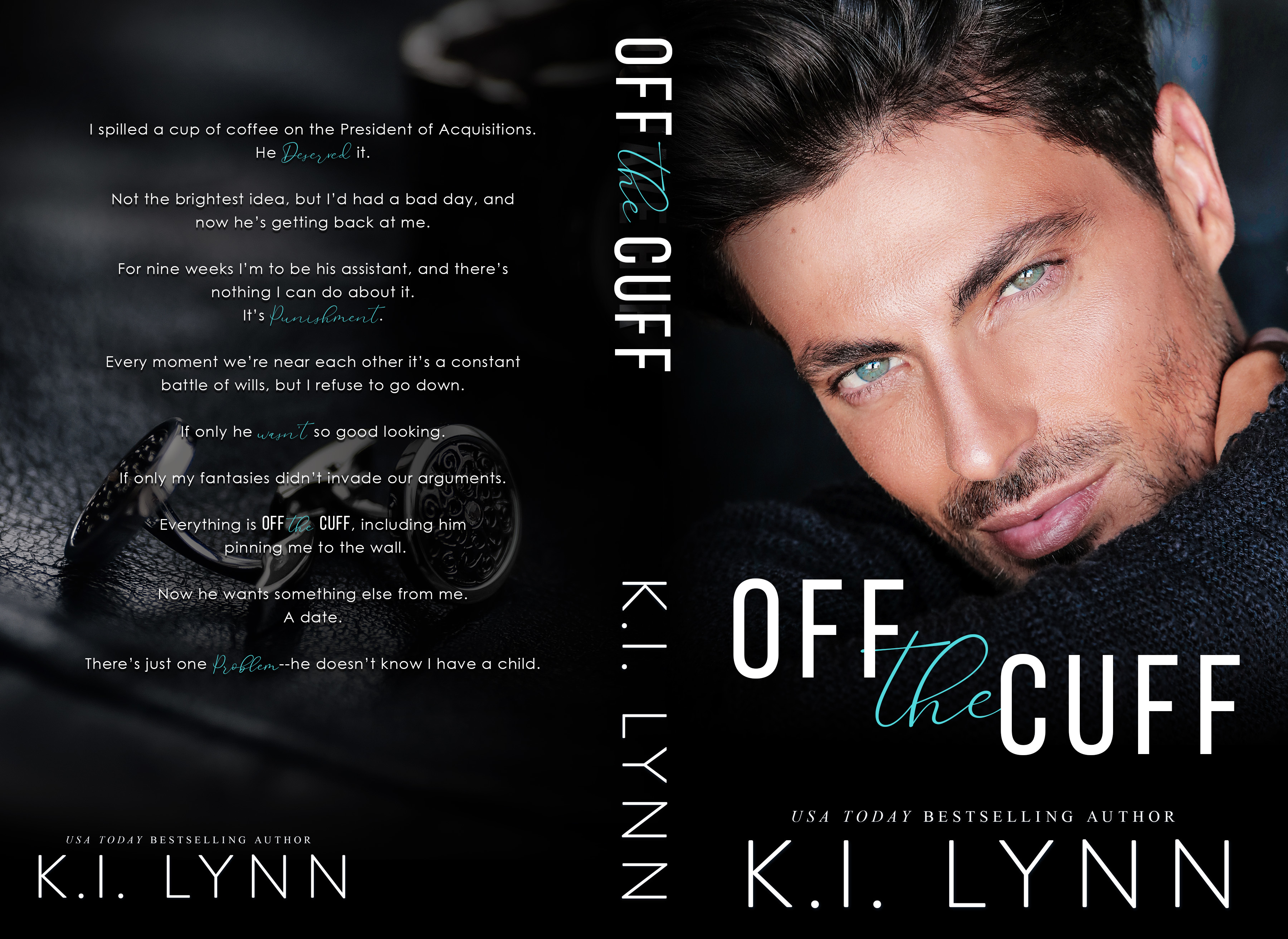