Release blitz - Ignited by him by Kylie Kent 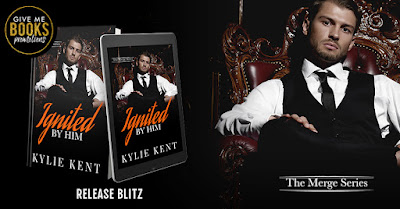 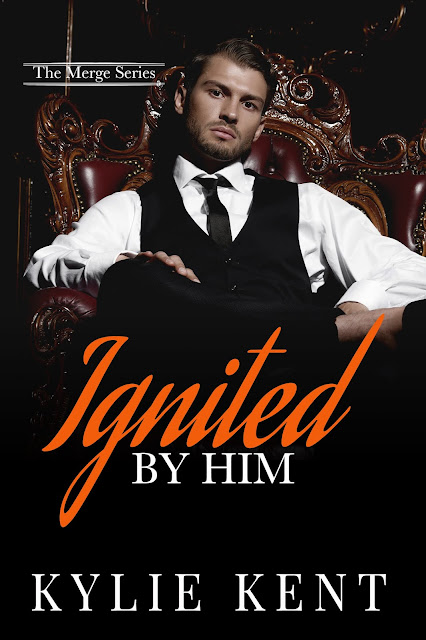 BLURB
⚠⚠⚠This Book contains scenes that could be considered dark, profanity, sexual content and violence. If any of these are triggers for you, you should consider skipping this read.⚠⚠⚠
Ash
She’s the unattainable, untouchable. The one I’ve both loved and lusted after from the sidelines.
For years, I’ve kept myself distracted with work, turning my family’s company into an empire.
And, more importantly, I’ve kept my distance. It’s best for everyone.
But when she walks into my club and tries to cheat me out of money, all bets are off.
One way or another, she’s going to pay back what she’s stolen.
Although, it won’t be in the form of cash.
Breanna
I love winning, even if I have to cheat to get to the finish line.
I knew better than to come to this club to play.
I knew he’d more than likely find out I was here.
What I didn’t expect was to see him up-close. I’ve hardly seen him over the last few years.
I wanted him to notice me. To see that I wasn’t a little girl anymore.
And that was my mistake, because he did more than notice.
There is no going back now.
That flame we’ve both been dousing in denial has just been ignited.
Can I really play with fire without getting burned? Or will everything around me turn to ash?
ADD TO GOODREADS 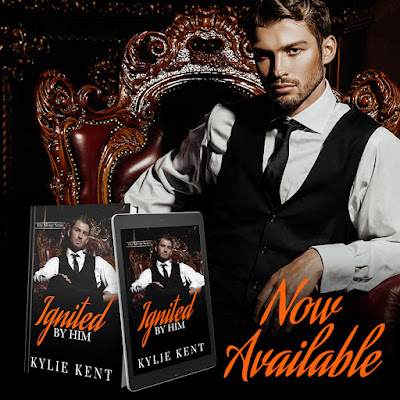 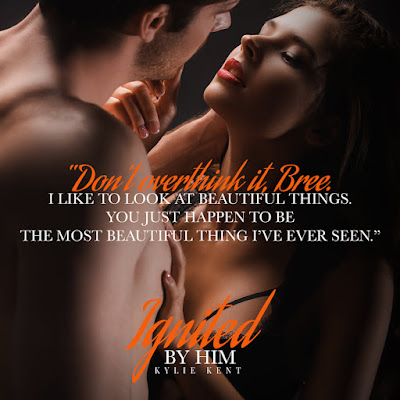 EXCERPT
“Gentlemen, are we going to play poker? Or just stand here all night, admiring what God and my mumma gave me?” I ask, while motioning my hands up and down my torso.
“Well, I’m sure I can manage to do both, sugar.” Mr. Edgar ogles me, taking the seat next to mine. He’s in his fifties, on wife number six, and very close to gambling away what little remains of his family’s fortune.
I smile sweetly at him. “Well, you can always try, right?”
Ugh, sometimes it’s a wonder how I manage not to throw up while leading these men on, letting them think they have a chance to touch me.
Everyone else takes a seat, and the dealer calls the entering. The small and big blind bets are placed—the minimum set at ten thousand. I try not to laugh. Ten grand? That’s it? I thought we were playing for real money here.
After a few rounds, my pile of chips is growing larger. Ben’s is purposely getting smaller. This is our tactic: He flops and folds, losing his money quickly, while I play for the win. Until he gets a set he knows no one will beat. That’s when I get reckless and go all in, forcing the rest of the table to fold. It works every time. I lose, of course, and Ben acts like it’s his lucky payday.
We’ve been sitting here for an hour. Mr. Edgar has been trying to lay on the flirt the whole time. It’s really starting to grate my nerves, and I can feel my mask of indifference slipping further and further with each touch or comment he makes.
Honestly, I’m mostly pissed he’s ruining the high I usually feel as I rip off these old, greedy assholes. Ben and I don’t play because we need the money, and the money we win we always donate to charity. We’re kind of like the Robin Hoods of Sydney… is my way of thinking anyway. No, we do it for the thrill of not getting caught. Well, I do it for the thrill of not getting caught. Ben’s my ride or die; he’ll follow along with any stupid plan or idea I have, and I’d do the same in turn.
“Maybe I can rub some of your luck onto me,” Old Man Edgar says. I’m momentarily confused by his statement… that is, until I feel his cold, wrinkly fingers crawling their way up my bare thigh.
“You have exactly three seconds to remove your hand,” I warn him with a sweet smile. Ben rises to his feet; he knows that tone way too well.
“Breanna.” His warning is too late.
“Three,” I say at the same time I grab those fingers, twist, and bend until I hear the breaking sound. My wannabe suitor screams out a few colourful, derogatory words at me while he slaps me across the face with his other hand. That is his biggest mistake.
I reach under my dress, retrieving the tiny blade I have strapped to my inner thigh. Flicking the pocket knife open, I don’t waste any time as I slam his hand—the same one that just slapped me—onto the table and stab the sharpened edge right through the middle.
“I did ask you nicely, Mr. Edgar. Gentleman, it’s been a pleasure, but I think I’ll call it a night.” I smile at the stunned faces of the other three players, who are all smart enough to keep their mouths shut. Turning to leave, I stop dead in my tracks.
“Fuck.” That must have been what Ben was trying to warn me about. Fucking Chase, otherwise known as Ash’s best friend. Great, there is no way Ash doesn’t already know I’m here now. 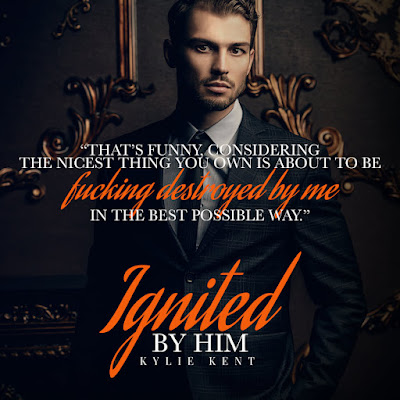 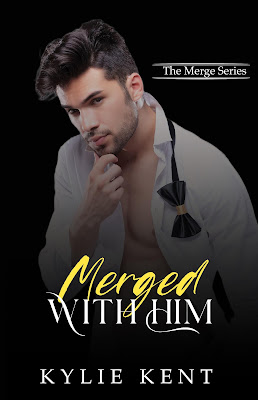 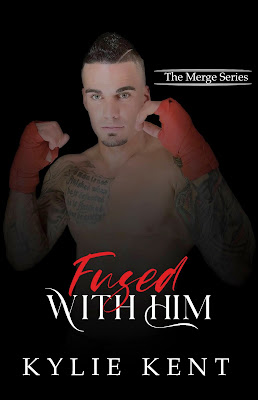 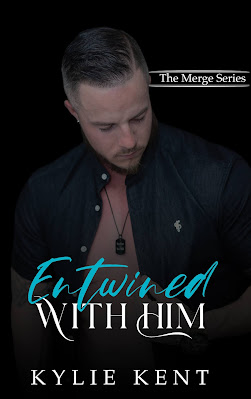 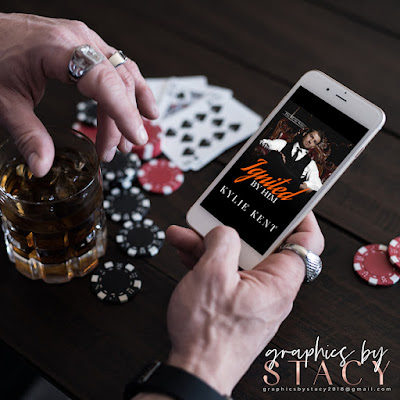 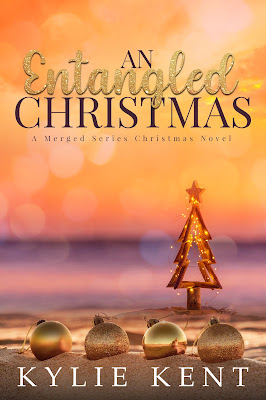 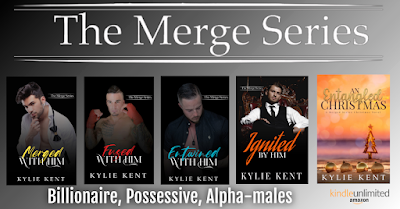 Kylie made the leap from kindergarten teacher to romance author in 2020. She is now living out her dream to deliver sexy, always and forever romances. She loves a happily ever after story with tons of steam.
Her recipe for a great romance includes, one dose of a happily ever after, a dash of suspense, a good splash of steam and a pinch of humour.
Kylie currently resides in Perth, Australia with her family. Kylie is a strong believer in insta-love, always love and finding your happily ever after. Kylie found her forever love twenty years ago, the journey she’s been on with him has led to three children and an endless reel of memories.
Kylie loves to hear from her readers, you can reach her at author.kylie.kent@gmail.com
AUTHOR LINKS 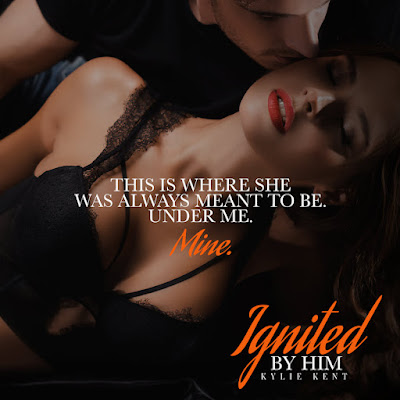