When Adrian Carter followed his wife, Agnes, to their dream home in North Berwick he had no idea it was to be the start of a truly terrifying journey.
Every old house has its folklore and stories so he was told. He hadn't expected those stories to be true. As a horror writer, Adrian had a terrific imagination, but even he could not envisage what was to come.
Tracie Podger, a multi-genre author, wrote this ghostly tale initially as part of an anthology. But she just couldn't keep it short enough so released The Last Witch as a novella.
Witches and ghosts, dunking stools, and old houses combine in this entertaining tale of the goings-on at North Berwick House. 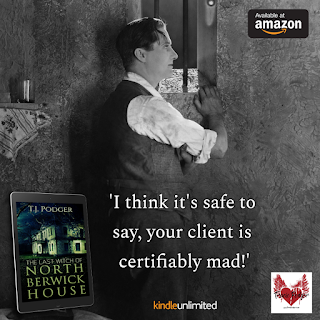 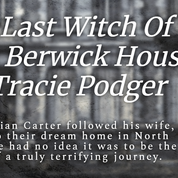 Chapter One - 1951
“I think it’s safe to say your client is certifiably mad,” Doctor Matthews said as he and Jacob stared through a glass window into a bare room.
Jacob Wellbeing had been set the task to defend Adrian Carter who was presently rocking in a corner of a padded cell whilst waiting for a verdict in a murder charge to be delivered. Jacob believed he had successfully claimed insanity and after all the evidence had been presented, it would be a surprise if the jury decided otherwise. The guy was clearly nuts. Jacob and Doctor Matthews could hear the mumbles and the reciting of what Adrian had done. There was no doubt he had murdered but his account of it was baffling.
It had all started with the purchase of what was to be a forever home…