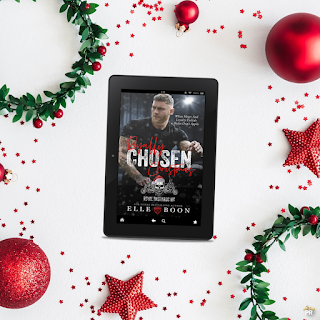 They live and die by their own rules.

These are the men of the Royal Bastards and they’ll ride through Hell for each other.

Hollywood Haven never apologizes for who he is or where he came from... The Royal Bastards don't know everything there is to know about him, and that's how he likes it. He's a man who's dedicated to his brothers and will protect those he loves, especially Talena. She's the one woman who's held his heart since the day she came into his life, and he'll destroy anyone who dares harm one hair on her gorgeous head.

Talena Haven has always had everything she's wanted except... The life of Hollywood Royalty sounds great, but it isn't all it's cracked up to be when the one thing you want, you can't have. As dreams shatter, becoming nightmares, she turns to the only man who has always protected her.

A façade that falls apart...  Hollywood and Talena are forced together in order to keep her safe. Their explosive attraction becomes even more so as her life teeters on the edge. But it's taboo, or is it? They've always been told they look alike, but blonde-haired beauties are a dime a dozen in California. Talena isn't like other women, she's his. As secrets come to light, and a devastating truth is revealed, their foundations are rocked, threatening everything they know.

He'll do anything to protect the men he's given his oath...as well as the woman who can't defend herself, testing familial bonds. He's always protected his blood, the same as he rides hard for his club and values loyalty above all else—until finding out his family lied to him. The truth will come out and when the dust settles, he won’t be the only one left reeling.

Loyalty is more than blood that runs in your veins, a truth that becomes apparent in the most devastating way.

Talena went from pampered princess, to being hunted. Hollywood is just the man who'll do everything he can to keep her safe, even if digging into the past will uncover secrets some want to keep buried forever.

The past can never be truly forgotten, but Hollywood has never been a man who shies away from a fight…

**Royally Chosen is an all New Steamy Gritty MC Romance with the inked bad boys you love. If you love a dirty talkin', tough-as-nails, sexy-as-get-out, smooth-as-hell hero who'll rock your world and a wicked ride, then the Royal MC by Elle Boon will deliver. If you like your heroes to be tattooed bad boys, then you're sure to love this story. ** From USA Today Bestselling Author Elle Boon Author grab this thrilling jaw-dropping love story for the ages.

Elle Boon is a reader first and foremost...and of course if you know her, she's the crazy lady with purple hair. She's also a USA Today Bestselling Author who lives in Middle-Merica as she likes to say…with her husband and Kally Kay her black lab who also thinks she's her writing partner (She happens to sit next to her begging for treats and so takes a lot of credit). She has two amazing kids Jazz and Goob and is a MiMi to one adorable little nugget named Romy or RomyGirl (greatest job EVER) who has totally won over everyone who sees hers (If anyone says a hair bow is too big, they're crazy). She’s known for saying “Bless Your Heart” and dropping lots of F-bombs (I mean lots of F-BOMBS but who is keeping track?).

She loves where this new journey has taken her and has no plans on stopping. She writes what she loves to read, and that’s romance, whether it’s about Navy SEALs, HOT as F**K MC heroes, or paranormal alphas. #dontlookdown is a thing you will need to google. "wink" With all her stories you're guaranteed a happily ever after, no matter what twisted thing her mind has come up with. Her biggest hope is that after readers have read one of her stories, they fall in love with her characters as much as she does. She loves creating new worlds, and has more stories just waiting to be written. Elle believes in happily ever after and can guarantee you will always get one within the pages of her books.