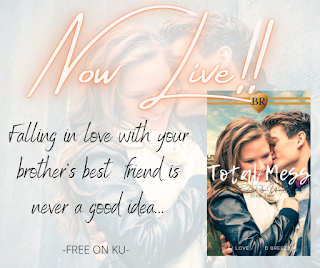 Total Mess (Broken Ridge #2), from the combined forces of AJ Love and D Breeze, is LIVE! 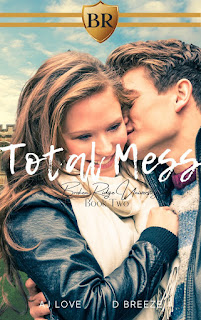 Blurb
She’s the only girl he wants.
And he’s the only guy she won’t let herself have.
Life would be so much easier for Zara Miller if her brother’s best friend, James Leroux, actually understood the unwritten rules of the universe.
But he doesn’t.
Falling in love with your brother’s best friend is never a good idea,
But only one of them seems to care.
He doesn’t care that his sly touches and stolen kisses are driving her insane,
He’s determined to make her his girl.
Welcome back to Broken Ridge University, where crazy girls meet impatient guys, and hilarious antics ensue in the battle to win their happy ever after.

About the authors..
AJ Love and D Breeze have a friendship born out of mutual dislike for peeling potatoes, and an enthusiastic love for wine and cheese.
Both slaves to the written word, they combined their forces and birthed an idea.
Four long years later, with ups and downs, and separate books from each side, they sat down and got to work.
Broken Ridge University was born 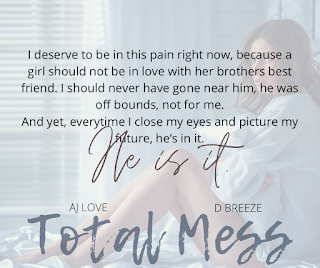