Cover & excerpt reveal - Between the covers by Louisa Masters 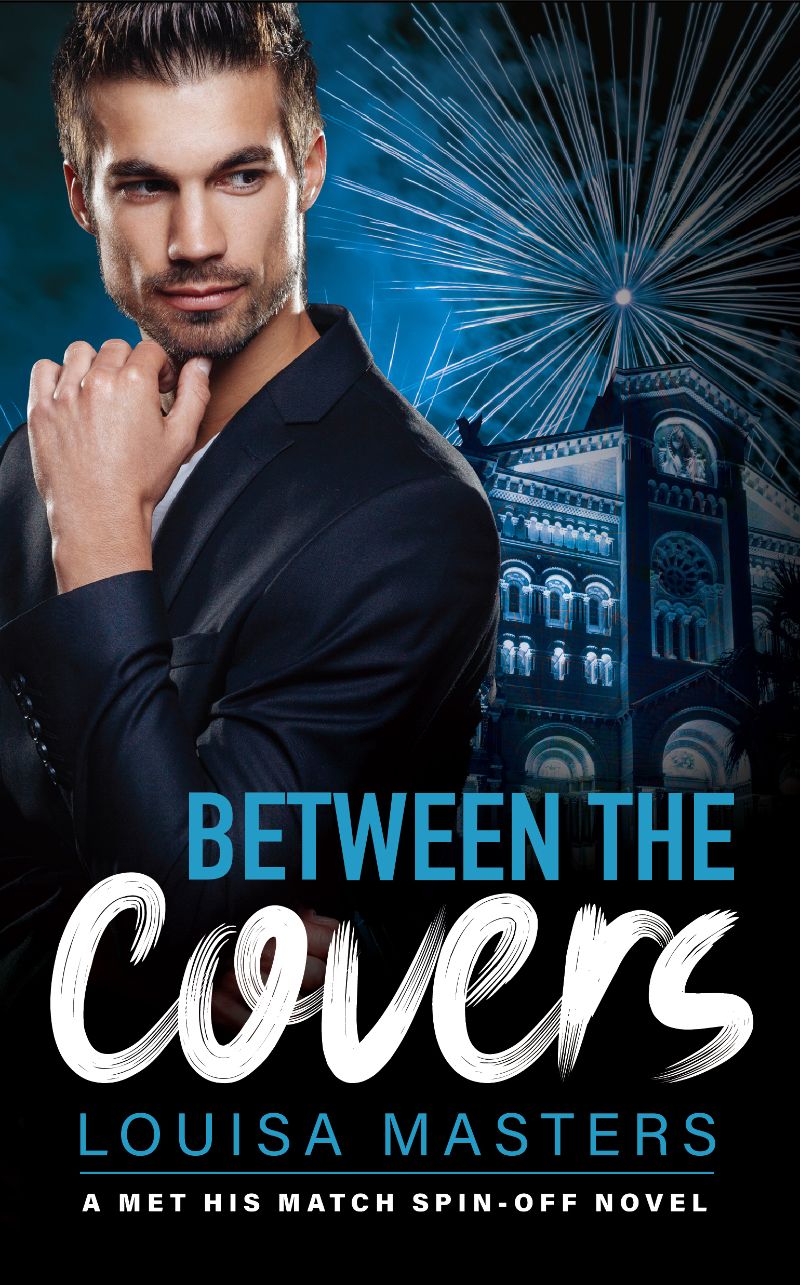 BETWEEN THE COVERS: A Met His Match Spin-off by Louisa Masters - Cover & Excerpt Reveal


Love is complicated. Do it anyway.

For two years, Dani Novak has lived vicariously through her best friend while slogging away at work and caring for her ill grandmother.

But with her grandmother’s passing, a world of opportunity opens to her—if only she has the courage to seize it.

Publicly, Malik al-Saud is a wealthy, spoiled jet setter, but behind the scenes, he works hard at his vocation.

Secretly a best-selling author, Malik struggles to keep his work separate from his playboy reputation—and above all, stay out of his disapproving father’s way.

They’ve been getting to know each other through his cousin and her best friend.

Now, finally, it’s time for them to meet.

It doesn’t take long for friendship to turn to more—but when Malik’s family issues interfere, things get ugly.

Can they manage these unexpected complications? Dani fears that Malik’s lifelong antagonism with his family is insurmountable. 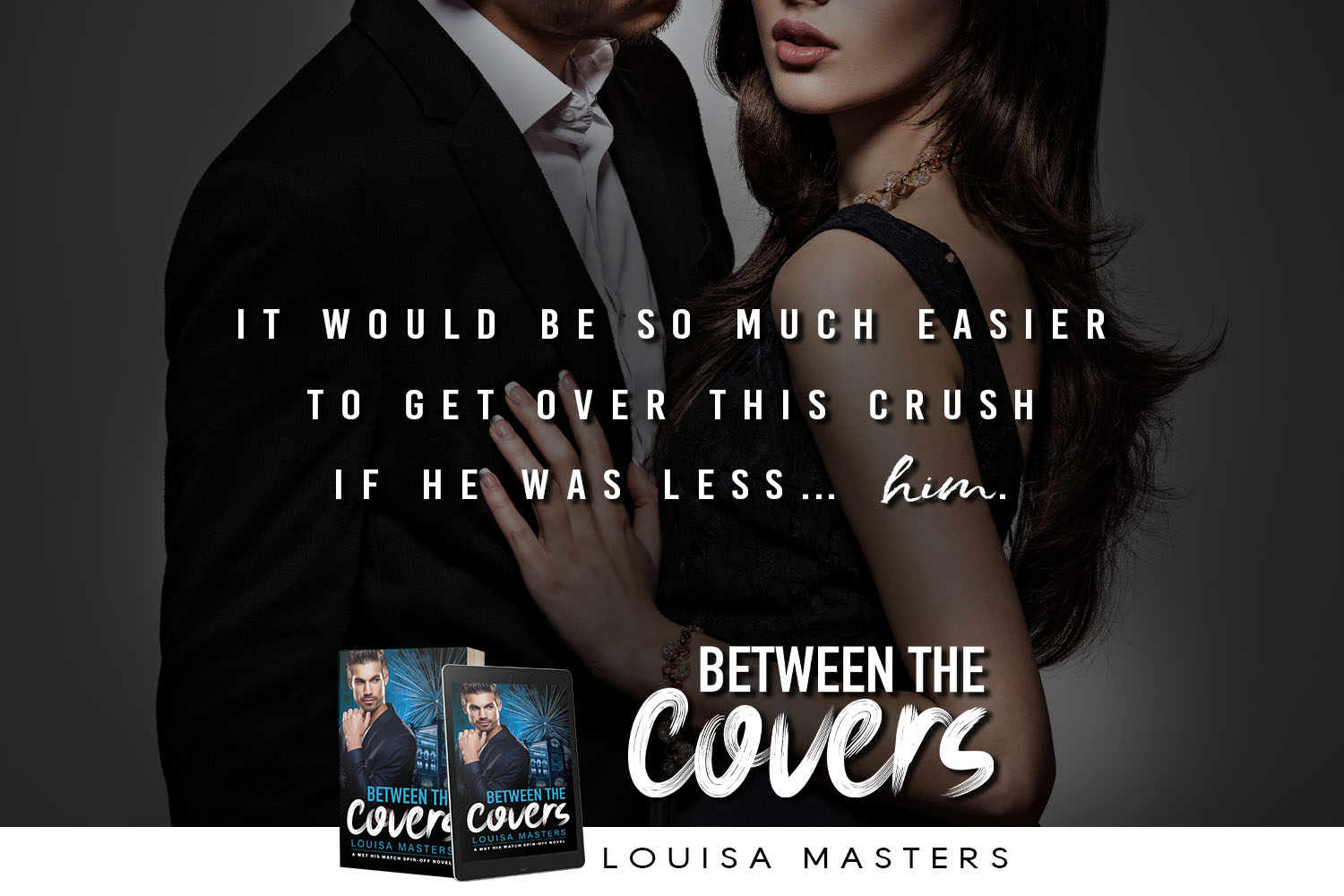 Inhaling, she breathed in his scent—some ridiculously expensive cologne that was worth every cent, plus whatever it was about him that appealed to her on a base level. Pheromones, maybe? God, just the smell of him was enough to make her girly bits sit up and take notice.


He drew back, and their gazes met. Held.

Heat flushed up from her chest.

Her lips parted on a pant.

She should look away.

She should move back.

She should have never taken this job, because if she hadn’t, she’d be free to lunge forward and climb him like a monkey would a tree.

That thought was what broke the spell, and she rolled her chair far enough away to stand without touching him. “Here, you should sit while you reply. I’ll… uh, go finish up the coffee.”

She didn’t hear whatever he’d been about to say, already out the door and moving down the hallway. By the time she got to the kitchen, she felt more in control.

For about five seconds.

Because Malik followed her.

“Dani, this is ridiculous.”

“What’s ridiculous?” she asked as innocently as she could manage, really hoping that he didn’t know about her crush.

Pffft. Crush. The truth was, she was more than halfway in love with him.

“We’re not friends?” She wasn’t able to keep the hurt from her voice.

“Of course we’re friends,” he replied impatiently. “You’re one of my best friends. But that’s not all we are.”

Warmed by the knowledge that he valued her friendship as much as she did his, she was tempted to gloss over his last comment… but Malik wasn’t stupid, and this tension between them wasn’t going away.

Sighing, he leaned his hips against the kitchen counter, and she tried not to let her gaze drop. That position put his entire groin area into prominence.

“I don’t want to be the creepy employer who hits on his assistant,” he began, “but this thing between us is getting out of control. I can barely concentrate on what I’m doing when you’re in the room.”

“Stop, Dani. That’s not what I mean. That won’t fix things. I’ve been thinking about this a lot. Originally I decided things had to be platonic between us because you work for me and live with me, and I would be the worst person in the world to start something up with you in those circumstances. But you’re not subordinate to me at all—”

“I bloody well think not!”

“Right. But all that presupposes that I want to be in a relationship with you. I don’t,” she lied.

His dark eyes studied her, and then he smiled. It was a charming, mischievous smile, and it filled Dani with dread.

“So you don’t feel any attraction to me? No sexual tension?”

Unable to lie in the face of the evidence, because it was pretty obvious, Dani said, “Of course I do. But it’s just… curiosity.”

What the hell had she just said?

“Curiosity?” Malik raised a brow in a supercilious way that made her want to slap him.

“Yes.” She forged on. “You’re hot. There’s a spark between us. And because you’re off-limits, my imagination has blown the spark out of proportion. It would never come to anything. Surface attraction.”

“Surface attraction,” he repeated, and she nodded vehemently.

“Yes. We both feel it because we know nothing can ever happen between us. Like when you’re on a diet and you really want a triple-fudge cupcake with a huge swirl of icing. Normally, you would never eat it because it’s too rich, but once you can’t have it, that’s all you want.” Dismally, Dani wondered if she was setting herself up to fail, because she’d never met a triple-fudge cupcake she hadn’t eaten. And licked the paper it came in.

The wicked gleam in Malik’s eyes told her she’d said the wrong thing.

“Well, this should be easy to resolve, then,” he declared, and butterflies took flight in her stomach.

“Oh?” she croaked as he straightened.

“Yes. It’s simple. If this is just surface attraction, if we really don’t want each other but are being drawn together by some form of reverse psychology our own brains are imposing… then we should kiss.”

“Kiss me. If you really don’t want me, you’ll know immediately. This tension between us will go away. But if not….”

His words hung in the air.

He sauntered closer, until he was standing in her space, barely a breath away, surrounding her with his scent and heat. “Come on, Dani. Bite the cupcake,” he whispered. 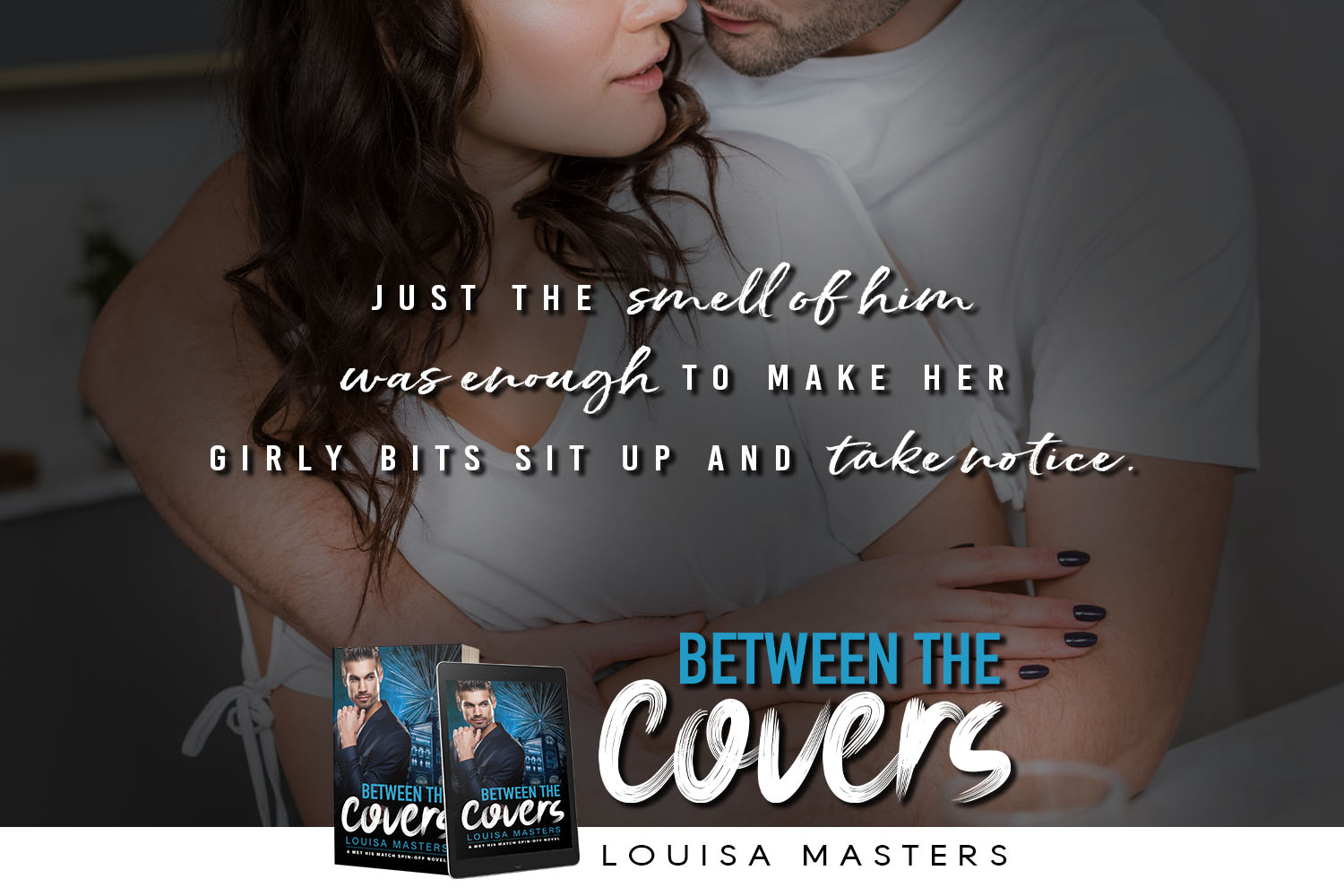 One of Five eARC's for Between the Covers 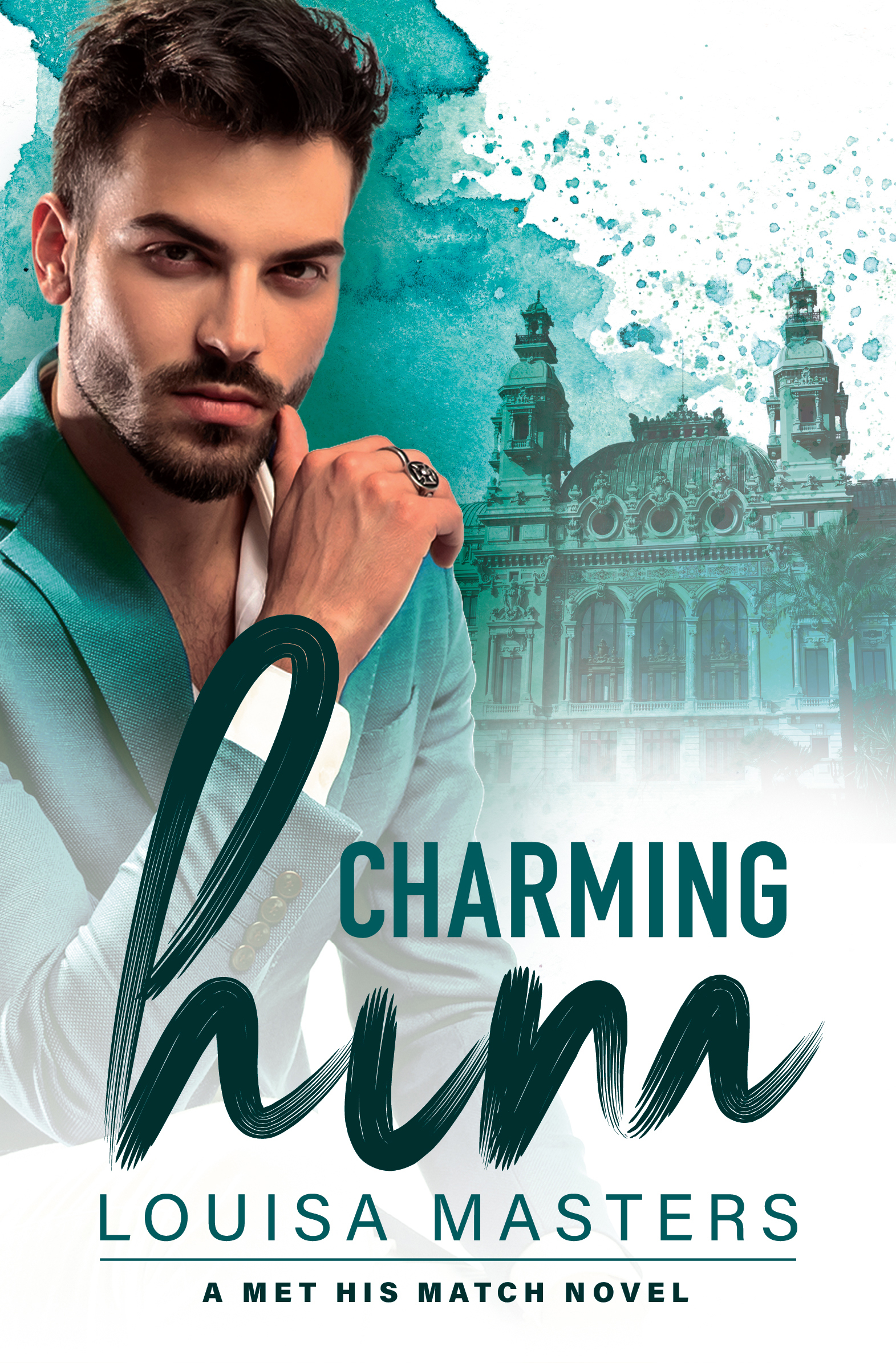 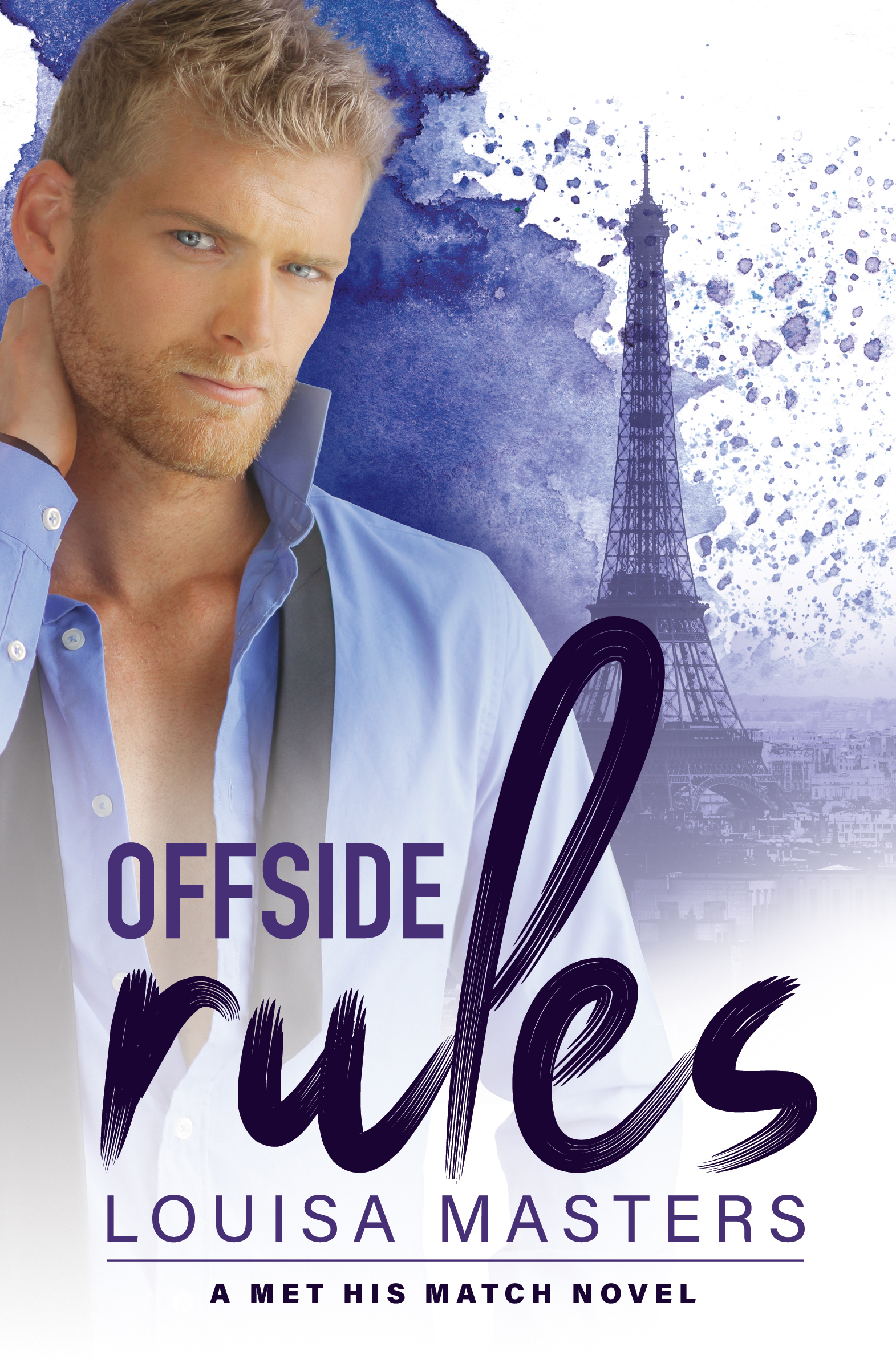 
Louisa Masters started reading romance much earlier than her mother thought she should. While other teenagers were sneaking out of the house, Louisa was working out how to read romance novels without being discovered. As an adult, she feeds her addiction in every spare second, only occasionally tearing herself away to do things like answer the phone and pay bills. She lives in Melbourne, Australia, where she whines about the weather for most of the year while secretly admitting she'll probably never move. 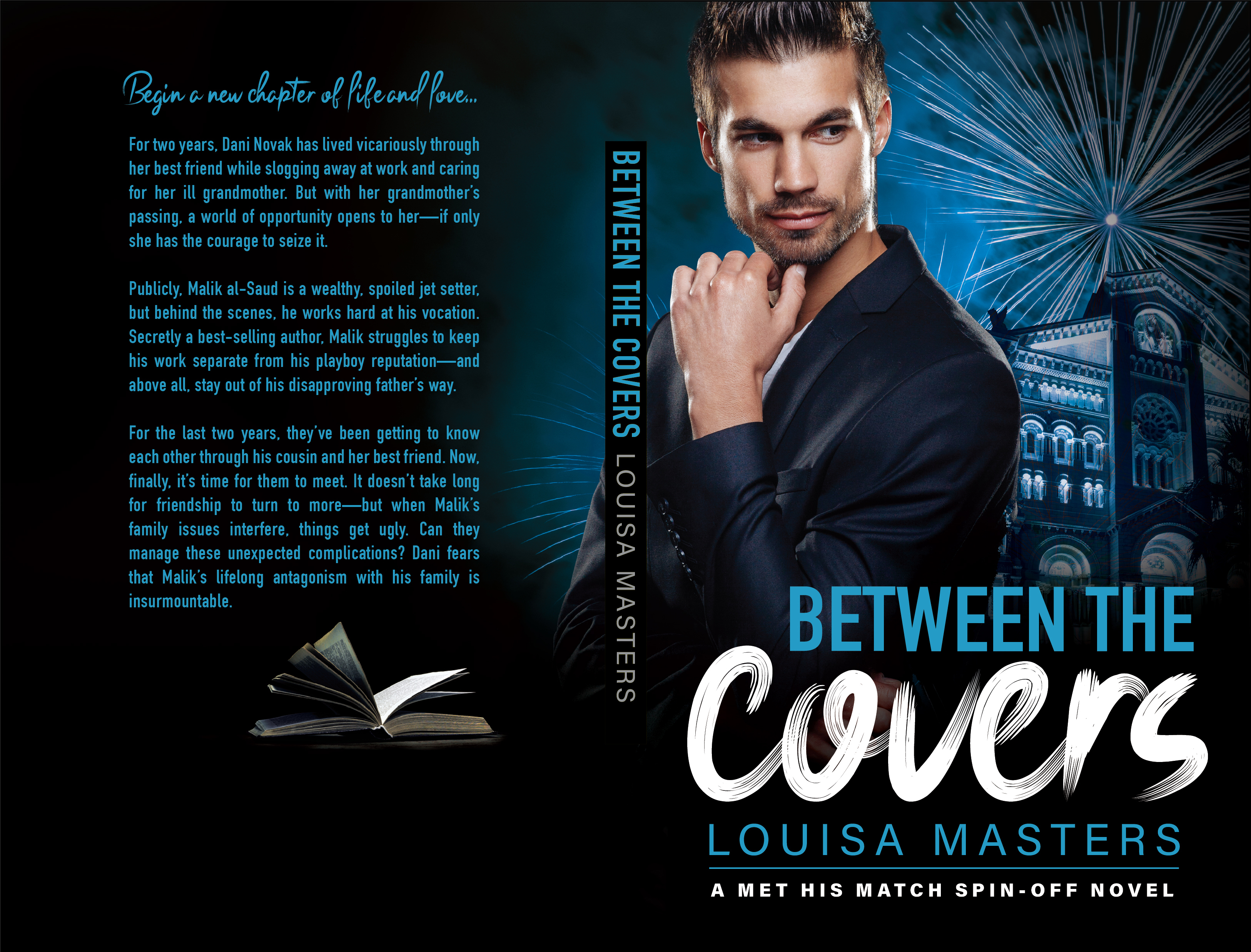