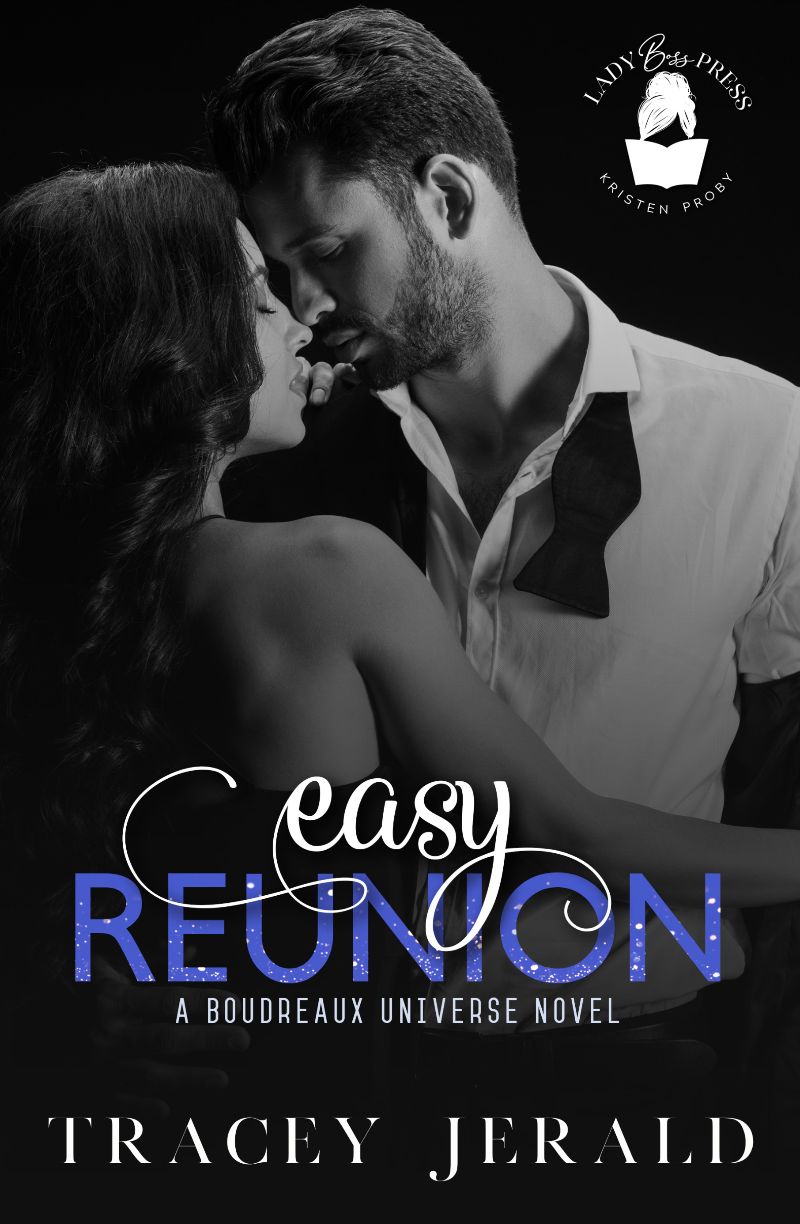 
It’s always harder to forgive yourself...

Against her better judgment, Kelsey Kennedy flies in for her high school reunion. Since her classmates are as cruel to her as when she last saw them on graduation day, she has no difficulty bailing on the event for the hotel bar. Only it’s there she comes face-to-face with the most painful part of her past.

And he doesn’t recognize her.

Taking full advantage of her anonymity, Kelsey gives herself one night with Rierson Perrault, the boy from her childhood dreams. Being no one's fool, she makes sure she’s gone the next morning before he can ask any questions.

Ry didn’t realize the woman he spent the night with was Kelsey. But when he puts it together, he’s sick at heart. He’s lost his chance to reconcile with her; the only reason he went to the reunion to begin with. Kicking himself for not figuring it out sooner, he returns home embittered.

When Kelsey and Ry meet again in the heart of New Orleans, will another fifteen years need to pass before they find the right words to say? Or will they finally listen to each other's hearts so their easy reunion can begin? 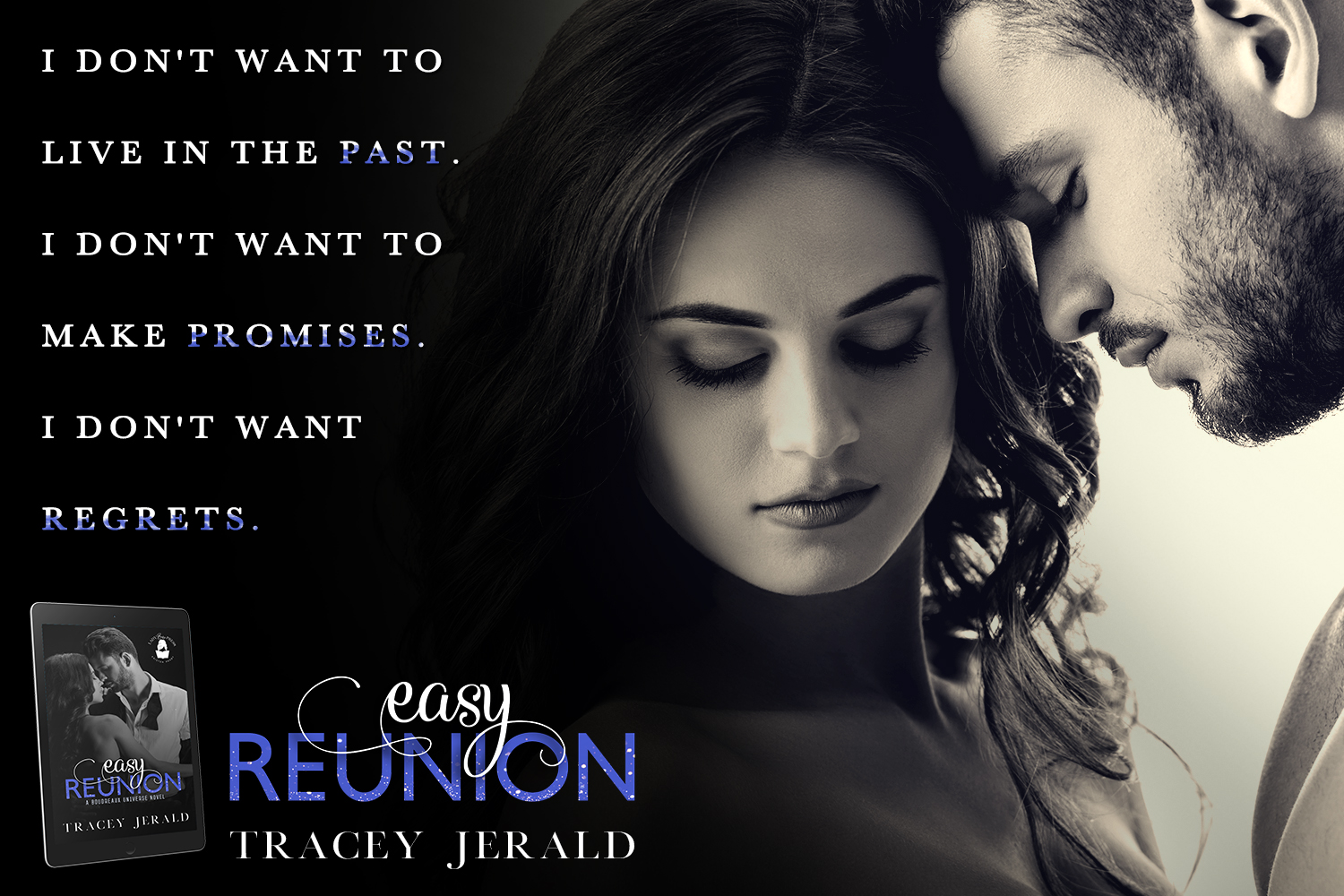 
I pause to see if he makes the connection. But even as I hold out my hand for him to shake, I refuse to think about the fact I picked my pen name from a derivative of the hurtful name hurled at me day after day for four excruciating years. Until in the end, it was this beautiful man in front of me who did it in the most public, hurtful way imaginable.


Still, I find it difficult to swallow as the boy-turned-man I never quite forgot doesn’t take my hand to shake but instead lifts it to his lips. “Rierson Perrault. Call me Ry.”

Isaac places his drink down next to him, but Rierson doesn’t release my hand. “Tell me about yourself, Kee.”

There’s a kernel of the girl who tutored him who wants to be outraged and offended he doesn’t recognize me. It’s tempered by the more pragmatic part of me who looks in the mirror every day. I wouldn’t know who I was either if I hadn’t lived through the transformation myself. Instead of slamming both of my hands in Ry’s chest, or dumping my excellent wine over his shirt, I find myself slipping into a mask I know well. And within a few minutes, he’s looking at me much the same way most people do when they realize I’ve hit “the list”—with admiration and respect.

It’s a whole different look than the pained one I last saw on his face, that’s for sure.

Shoving aside the voices in my head screaming at me to tell him who I am, I finish my drink and wave for another.

Time passes quickly as Ry and I keep talking. It feels like only minutes, so I’m surprised when Isaac quietly approaches to tell me it’s the last call.

I feel good—so much more relaxed with Ry now than when he first approached me. In talking about my life, even if he doesn’t know who I am, I realize it doesn’t matter if anyone knows. My lips curve. I got the closure I came here for. Feeling more relaxed with the man I’ve been talking to for I don’t even know how long, I’m about to ask Rierson if he’d like a final drink when he brushes my shoulder-length hair away from my cheek. “How about we get a bottle of whatever you’re drinking to go?” His fingers rest on the pulse at the base of my throat.

The invitation is as open and relaxed as our conversation has been. We’re just two strangers. Only I know there’s so much more that lies between us, that long ago, his hurtful words were my last memory of this city.

If I walk away, we’re a chance at what might have been—nothing more, nothing less.

But as I stare into fathomless blue eyes, for once I want to know what it might have been like if I could have had a date—if I was “good enough” to have been seen with, not just for help with tutoring. I want to know for one night what I should have been able to have felt if I were as beautiful as my grandparents told me I was, as Ry himself said I was. Even if he only muttered it the one time when he hugged me after he got the grade that guaranteed him entry to his first-choice college.

So, I do what I normally do when I find an attractive man who obviously is interested in me—even if it’s only for just one night. I turn off the memories of who and what I was. There’s no place for Kelsey here. Then again, other than with my family and with Angel, maybe there’s no place for her anywhere anymore. If I didn’t know Rierson before tonight, I’d want him. And, my heart taunts me quietly, there’s no way I would have been able to have had him before.

Sliding off the stool, I let my hand rest lightly against his chest. “I have an early flight.” I’m pleased to see the flash of disappointment before I whisper, “I don’t need any more wine if I’m going to keep my head on straight when I touch you.”

His nostrils flare dangerously. “Why don’t you wait for me by the elevator?” I suggest. I still need to sign the bill, and I don’t want him to see that Kee Long and Kelsey Kennedy are one and the same.

Tipping his head close to mine, I feel my hard-won stomach muscles clench when his lips brush my ear. “Don’t be long.” He takes a quick nip, then strides off. Quickly, I scribble my real name on the receipt with a hefty tip for Isaac before following him.

I’ll give myself a few hours to indulge in my fantasies, the ones Kelsey had that Kee will fulfill. Then my ass will be on a plane back to New Orleans, never to see him again.

Quietly, I slip out of bed where Ry’s still sprawled. The bed is a wreck, much like my body. I refuse to delve into my heart or mind. God, the things we did…it almost makes me want to call the airline and reschedule my flight back, but I force myself to turn my back to him and tug the silky material over my head.

I hunt for—and find—my bra. I don’t bother with the panties since Ry ripped them off me and they’re lying in shreds on the floor. Sliding my feet back into my shoes, I slip out of the bedroom to where I dropped my clutch.

I flick open the clasp and pull out my room key. Holding it tightly in my hand, I pause just before I open the door. God, he seems so perfect. If only I didn’t know what he’s really like. 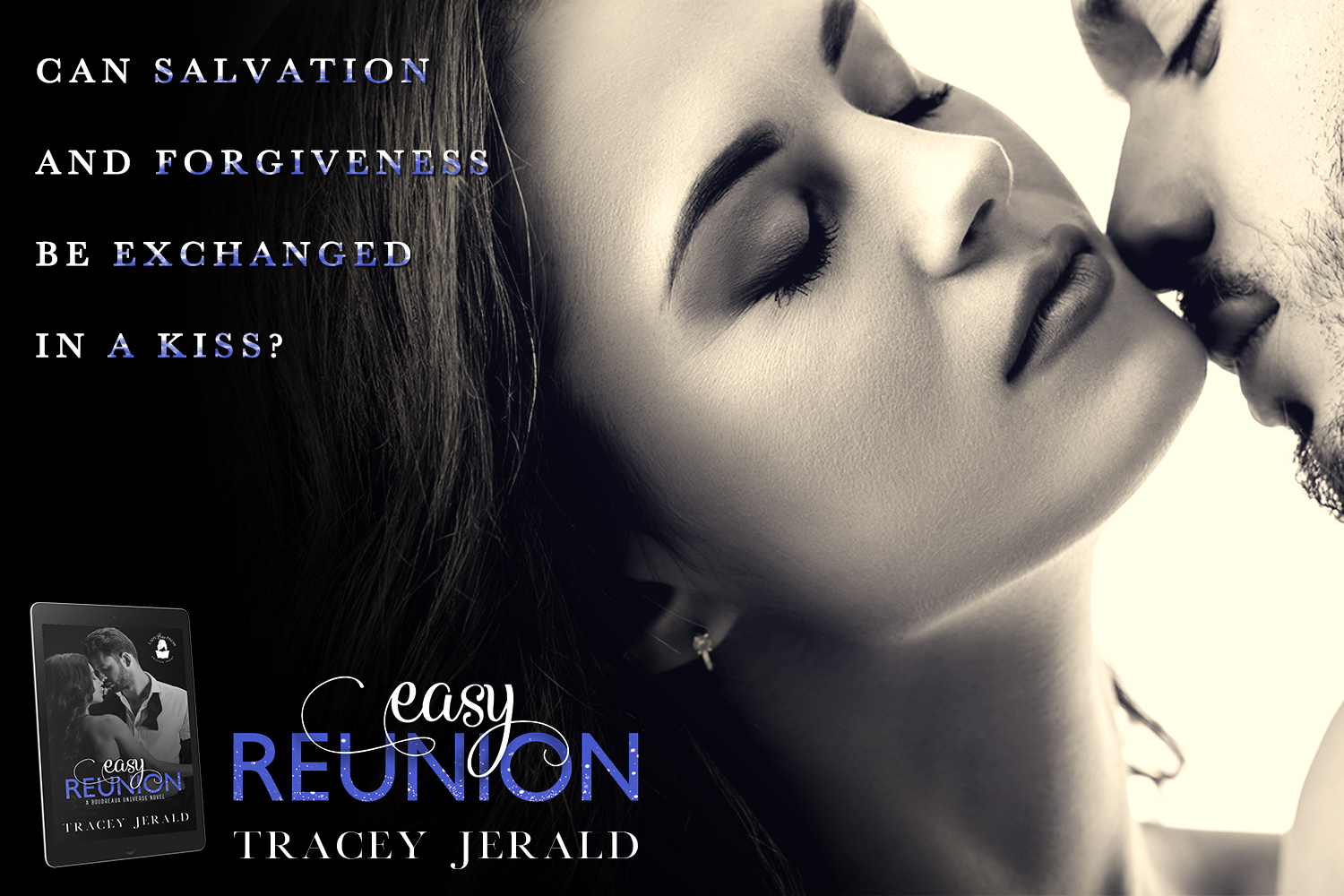 One of Five eARC's for Easy Reunion


Tracey Jerald knew she was meant to be a writer when she would re-write the ending of books in her head on her bike when she was a young girl growing up in southern Connecticut. It wasn’t long before she was typing alternate endings and extended epilogues “just for fun”.

After college in Florida, where she obtained a degree in Criminal Justice swearing she saw things she’ll never quite believe and never quite forget, Tracey traded the world of law and order for IT.

Her work for a world-wide internet startup transferred her to Northern Virginia where she met her husband in what many call their own happily ever after. They have one son.

When she’s not busy with her family or writing, Tracey can be found in her home in north Florida drinking coffee, reading, training for a runDisney event, or feeding her addiction to HGTV.