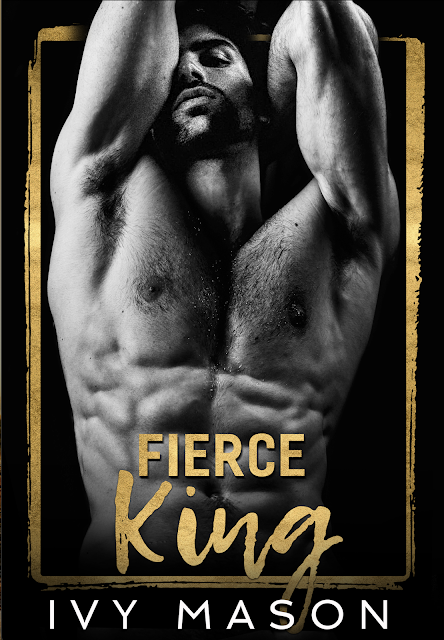 Title: Fierce King
Series: Dark Throne #1
Author: Ivy Mason
Genre: Dark Billionaire Romance
Release Date: June 30, 2021
BLURB
She hated me… but I took her anyway. Nothing would stop me from claiming what's mine. A billionaire, captive mafia romance.
We’re the Kings
Brutal and heartless, we rule the Vegas mafia
Our dark underworld is savage and unforgiving
It takes everything from me, including the woman I love
Ten years later I come face to face with Rose
She's innocence and light, and reminds me of everything I lost
She also looks exactly like the woman I once loved
Turns out, they’re closer than I could’ve imagined
She hates me because she thinks I killed her sister
But I take her captive anyway, because I want her
In my bed and by my side
She belongs to me
And no one, not the bratva or my own brother,
will steal what's mine. 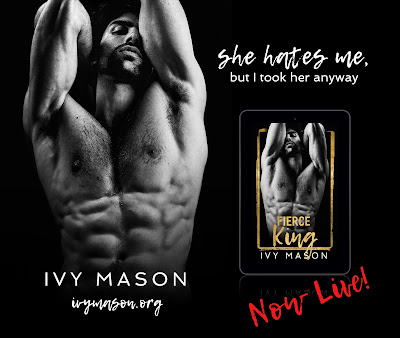 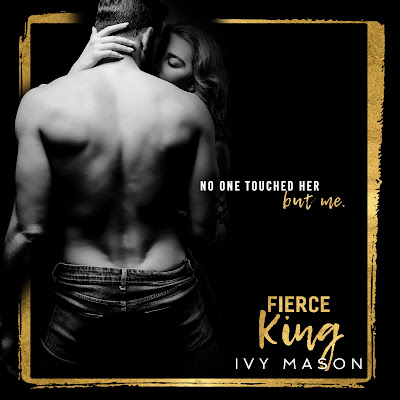 EXCERPT
I decided to humor her. "I'll give you one question. Any question. Ask it and I'll answer you honestly."
"Two."
I chuckled. "Greedy little lamb, aren't we?"… "I'll answer one question. Pick one. Then, in exchange for the other answer, I'll give you something else instead."
She huffed, blowing air through her luscious lips that made the wisps of her hair move. "What could you even give me? My freedom?" Her voice was mocking.
“Yes."
My answer surprised her, and she stared at me with disbelief and suspicion. "You're lying."
I shook my head. "If you take me up on my offer, the reward, if you win, will be an unlocked door, and twenty four hours to escape."
And what if I lose?”
I smirked. “Which you will.”
“You wish.”
“If you lose, you have to give me a favor. Willingly do something I ask for.”
“Tell me first what your favor will be.”
“That’s not part of the bargain. You’ll have to trust me on this.”
“Trust you,” she scoffed.
“Yes, trust me.”
“Because you’re so trustworthy.” She rolled her eyes.
"Yes, I love Bourbon." I picked the question for her, I needed her to move past her mistrust.
I'd picked that one because, the truth was, I didn't have the answer to the other question. I didn't know who I would pick if it came down to choosing between her and him.
"And what do I need to do to gain my freedom?" Even though she tried not to show it, I could sense the desperation in her voice. She wanted out of here.
I stepped closer, so close her head was all the way backwards because she wouldn't break eye contact with me.
Even though it was uncomfortable for her, and I was an ass for lording myself over her like an intimidating prick, she would do anything to prove to me that she was strong.
I grinned, letting the excitement I was feeling inside show through for the first time since I'd taken her. "I'm going to make you come." 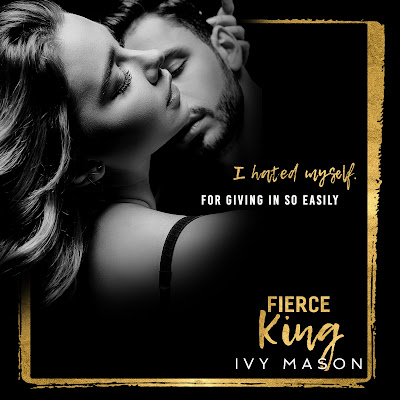 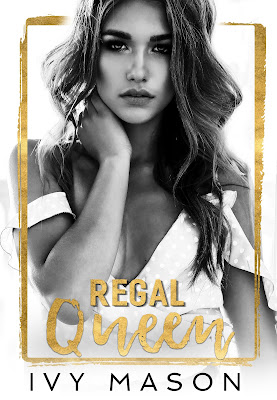 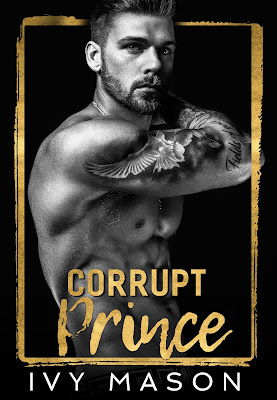 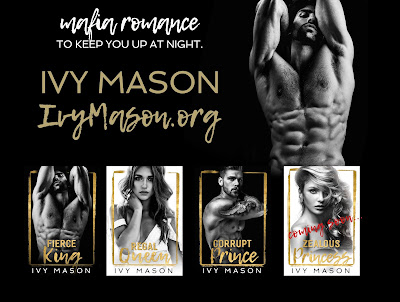 AUTHOR BIO
Ivy Mason is obsessed with enigmatic men who observe from the darkness, speak with their eyes, and dominate with the smoky command of their voice.
She likes her hair colorful, her music loud, lots of italics in her writing, and is addicted to the word f**k.
AUTHOR LINKS
WEBSITE
ELITE TIER
AMAZON
TEXT SIGN UP
NEWSLETTER
INSTAGRAM
FACEBOOK GROUP 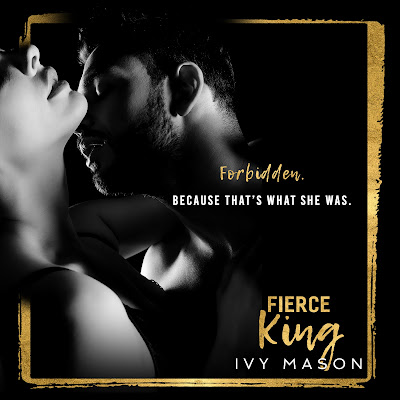