Release blitz - With this ring by Natasha Knight 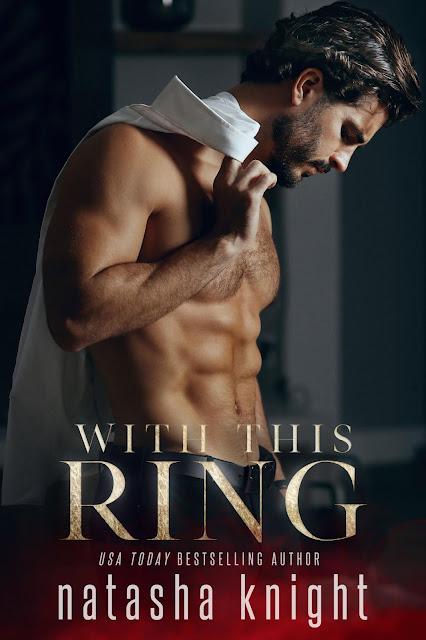 When I rescued Scarlett De La Cruz from her tower it’s not like her prospects were looking so great.
You’d think she’d show a little gratitude. Thank me for putting my ring on her finger and marking her as mafia property.
My property.
I’ll keep her safe. And the trade-off isn’t so bad. Most women would jump at the chance to sleep in my bed.
Not Scarlett, though.
My Cartel Princess has a big mouth and an even bigger attitude. But it’s her furious caramel eyes that keep me coming back for more. That and the way her body bends to mine like it already knows it belongs to me.
Scarlett is my enemy. She’s also the one woman I can’t keep my hands off.
But if I don’t keep my head on straight, everything I’ve worked for all these years will have been for nothing. 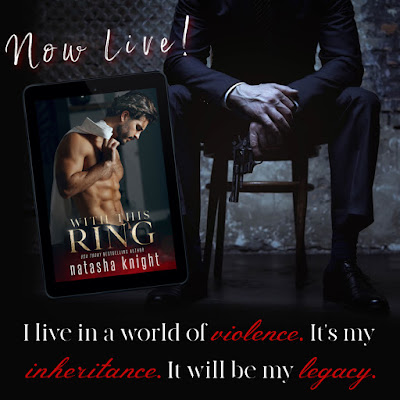 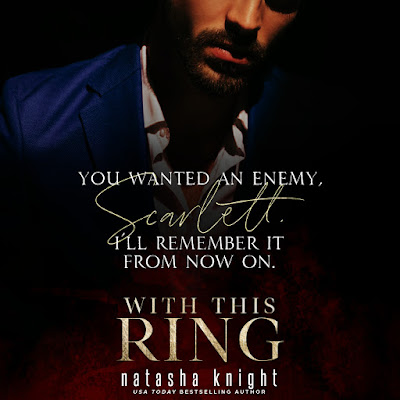 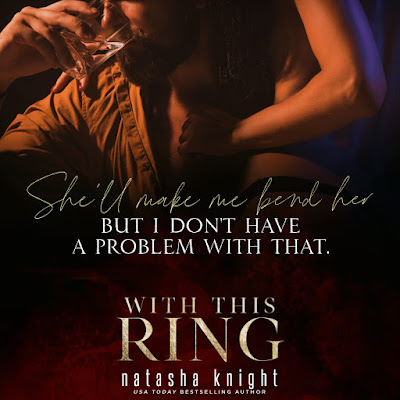 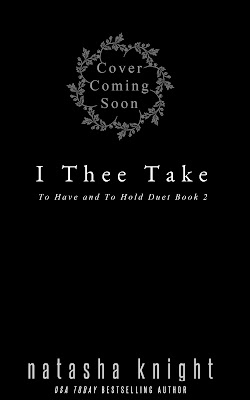 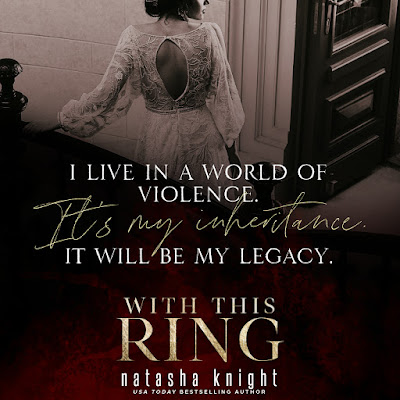 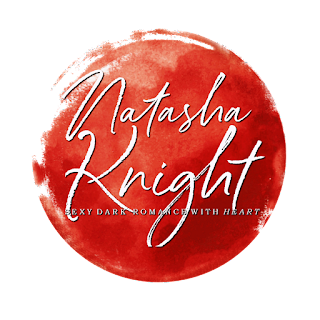 Natasha Knight is the USA Today Bestselling author of Romantic Suspense and Dark Romance Novels. She has sold over half a million books and is translated into six languages. She currently lives in The Netherlands with her husband and two daughters and when she’s not writing, she’s walking in the woods listening to a book, sitting in a corner reading or off exploring the world as often as she can get away.