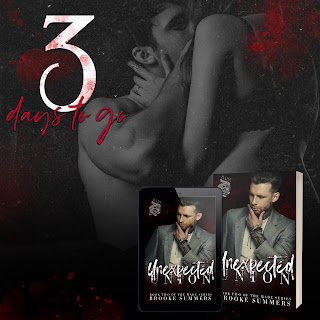 A moment of passion leads to an unexpected union...

Melissa Harding has veered on the side of caution, always keeping her past locked up tight. Until one night she decided that she'd let loose. Which came at a cost. Getting pregnant was shocking enough, but marrying the head of the Irish Mafia was worse.  Melissa hopes that she can keep her darkest secrets hidden. But her new husband has other ideas.

Danny Gallagher never had plans on settling down. His family doesn't have a great track record when it comes to marriages. That is until his new bride's secrets start to unravel, Danny realises that he's finally met his match.

The darkness he has inside burns deep within her.

When enemies start to rise, Danny and Melissa find out just how perfectly matched they really are.

What happens when a traitor has plans to take Danny out?

Will the couple be able to find them before it's too late?