Series: A Dark & Dirty Sinners' MC
Author: Serena Akeroyd
Genre: MC Romance
SERIES BLURB
They're dark.
They're dirty.
They're SINNERS.
But for all their sins, once they've met the women they claim as theirs, no hurdle is too small, no battle too large, as they ride into hell itself to protect those they love.
Welcome to West Orange, NJ.
Things are about to get nasty... 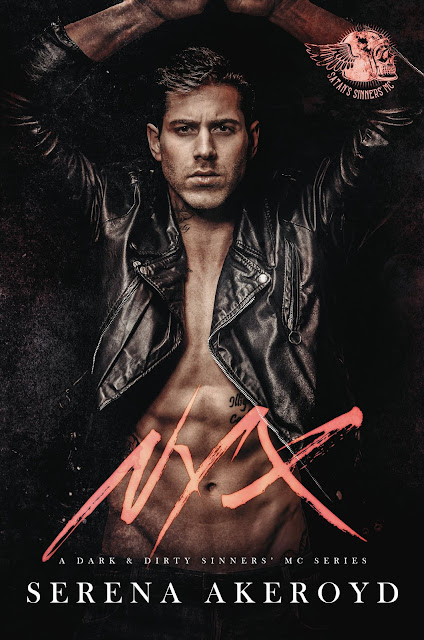 GIULIA
He’s dark.
Dirty.
Dangerous.
A brother in the Satan’s Sinners’ MC.
Everything Mom told me to avoid.
Everything I shouldn’t want.
But his dark, his dirty, and his dangerous are like catnip to me.
He stirs fear into the hearts of men, but I hear his rage. I feel it like it’s my own.
He’s a killer. Shameless. Some might even call him a psycho.
I just call him soul mate.
We were born to raise hell together, born to make sick b*stards pay for their sins, born to be the king and queen of darkness…
Now, the king just needs to get that memo.
NYX is the first book in the ten-book ‘A Dark & Dirty Sinners’ MC’ series.
It is not a standalone. 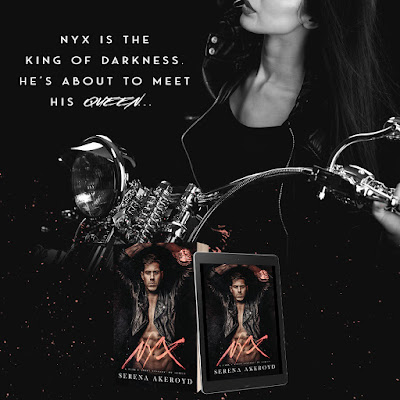 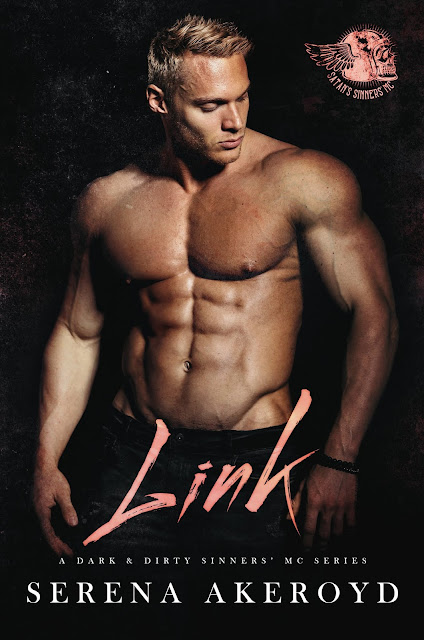 LINK
LILY
He’s rough.
He’s ready.
I’m neither.
I’m a sacrificial lamb just waiting to be slaughtered.
A socialite spawned by a sadist whose life’s work is to cause misery in others.
My life is a prison cell, until he helps me find the key.
He’s not as dark or as dirty as they say he is.
His roughness stirs something in me.
Something primal.
Something no socialite should crave.
He’s a brother in an MC, a world that should be alien to me but somehow, it’s my first real home. It has rules and regulations that make no sense to me, but one thing is clear:
Society princesses and MC brothers aren’t a match made in heaven.
But I’m fine with ruling over hell instead…
LINK is the second book in the ten-book ‘A Dark & Dirty Sinners’ MC’ series.
It is not a standalone.
ADD TO GOODREADS 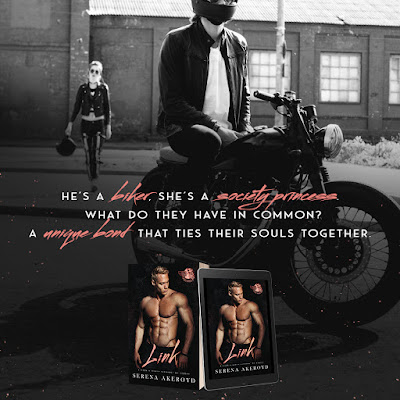 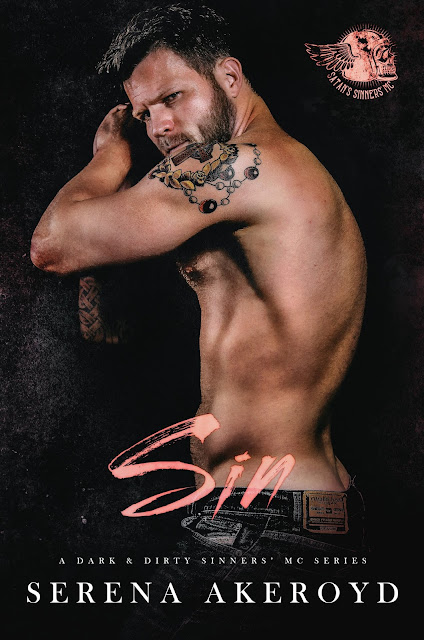 SIN
TIFFANY
He’s a manwhore.
The first time I see him, he’s wiping another woman’s juices off his mouth.
He should repel me.
Instead, he’s a challenge. A game I want to win.
It starts off as just sex. What else would he be good for?
But we both catch feelings.
Then, somehow, the sex becomes something more.
And then I lose everything.
I’m toppled from my ‘society princess’ throne as my family is torn to shreds. My socialite circle abandons me. I’m lost, alone, but my dark knight doesn’t forsake me in my hour of need.
I never believed in soul mates.
Not until him.
Not until he rode into my life; blood on his fists, rage in his eyes, and vengeance in his heart.
I never knew my Prince Charming would ride a hog.
I’ll take that over a castle any day…
SIN is the third book in the ten-book ‘A Dark & Dirty Sinners’ MC’ series.
It is not a standalone.
ADD TO GOODREADS 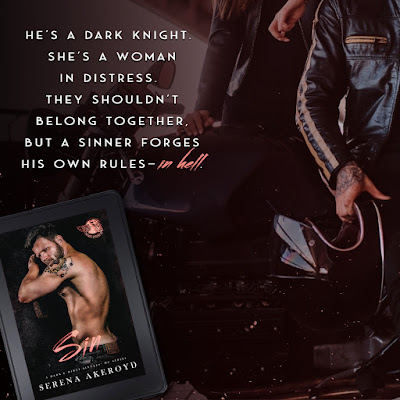 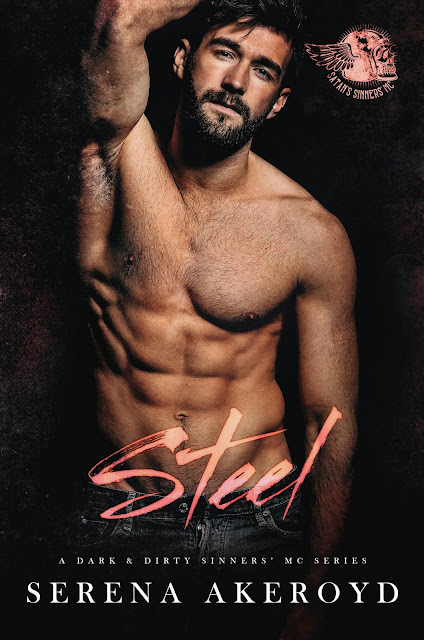 STEEL
STONE
He was my first crush.
My first love.
But he broke my heart.
He tore us apart so brutally that an ocean, never mind a state line, wasn’t enough distance between us.
But for all he ruined me, I still love him.
Despite the women and the lies, it never died, but that didn’t mean I’d take his BS and roll over for him…
Some people are destined to find danger wherever they go…
When disaster strikes, he’s the first person I think of. I know he’ll save me. I know, despite everything, despite the arguments and the bitterness, he’ll find me.
I just never imagined that my being in danger would be what broke him.
But the road to redemption is long.
He’ll have to work hard to make me his.
Let the fun begin…
STEEL is the fourth book in the ten-book ‘A Dark & Dirty Sinners’ MC’ series.
It is not a standalone.
ADD TO GOODREADS 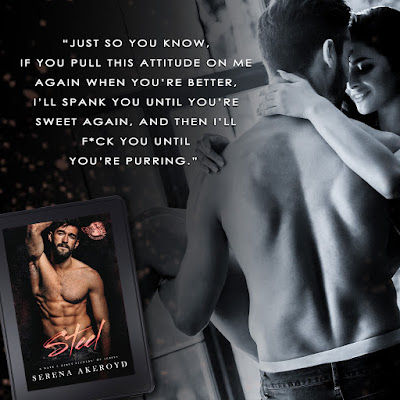 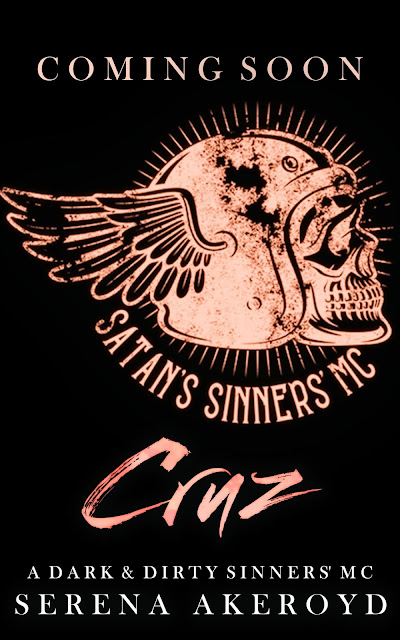 CRUZ
New cover coming soon!
INDY
He was forbidden fruit.
A brother in the MC that I thought I’d escaped a long time ago.
His ties are deadly, dangerous, and I’m so past that kind of life. But I don’t just want him. I need him.
He’s addictive.
When he demands, I don’t throat punch him. I drop to my knees like I would for no other man.
He celebrates my strength, has my back, and makes me willing to fight a past that has haunted me since childhood.
He makes me want more. Makes me reconsider becoming a part of the Sinners again, just to reign at his side.
But I’m already tainted. I’ve shed blood, and now there’s no going back…
Only difference is… I’m not scared anymore.
CRUZ is the fifth book in the ten-book ‘A Dark & Dirty Sinners’ MC’ series.
It is not a standalone.
ADD TO GOODREADS 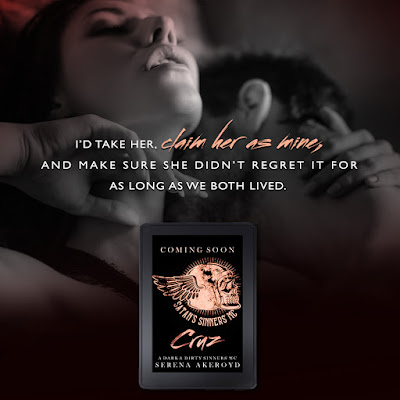 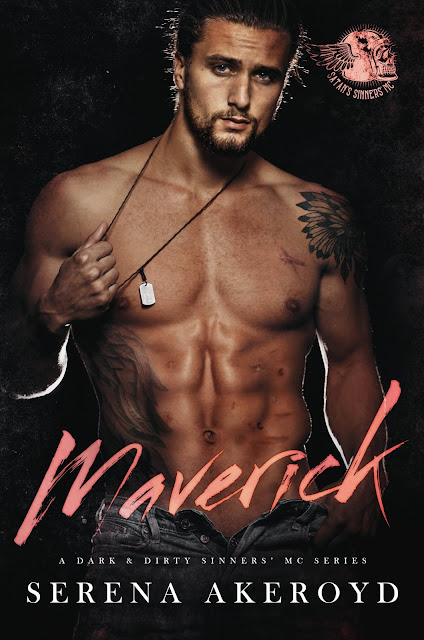 MAVERICK
Alessa (Ghost)
Maverick’s in love with a dead man buried at Arlington National Cemetery, where his heart might as well be buried too. My husband’s stuck in the past, lost in his fractured mind, and the last ten years are a blur to him, meaning I’m a blur to him.
But I’m not a ghost. I’m a woman. I’m alive. I breathe. I hurt.
Should I let go or hold on?
My instinct is to let go, but I have family now. People who matter to me. A posse I’ll kill for.
I’m no longer nothing, I’m something.
I’m a Sinner.
And I’ve found my ride and die… now I just have to get him to remember me.
Impossible?
I’ve beaten worse odds and survived.
Game on, Maverick. Game on.
ADD TO GOODREADS 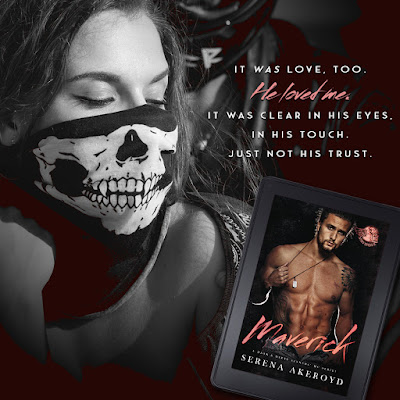 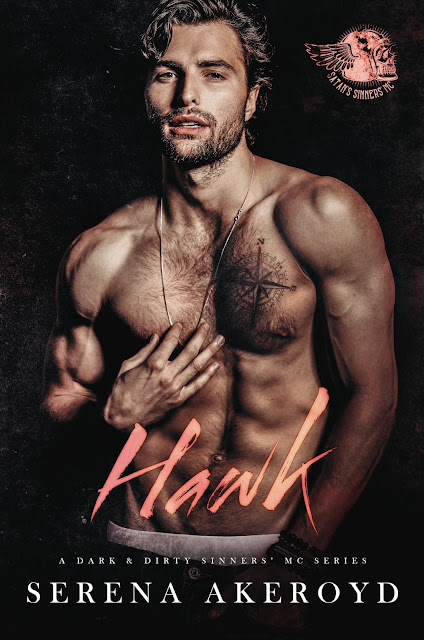 HAWK
Releasing March 25
Amara
To the rest of the world, I'm broken.
Unfixable.
But when he looks at me, I know what he sees.
A woman, not a doll.
A fighter, not a victim.
A survivor.
Maybe, he sees underneath that.
Maybe, just maybe, he sees what I was always born to be—a predator.
They took my innocence from me. They stole my adolescence.
Now I'm going to reap upon them what they sowed in me.
Vengeance.
This woman hasn't just been scorned... but the hell I'll rain down upon them will look like child's play.
He's a Sinner, by nature and by vow, but will he take this journey into the depths of depravity with me?
Will his brothers?
Stick around for the ride—we'll find out if he's man enough for the job.
HAWK is the seventh book in the ten-book ‘A Dark & Dirty Sinners’ MC’ series.
It is not a standalone.
ADD TO GOODREADS 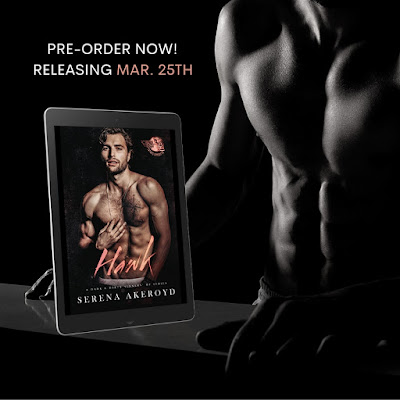 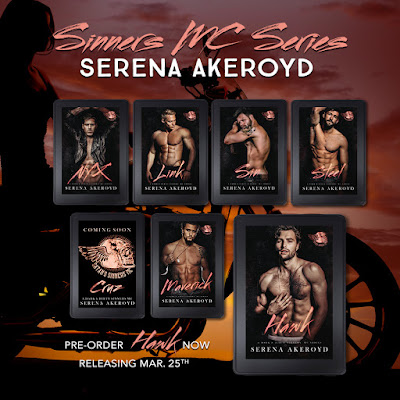 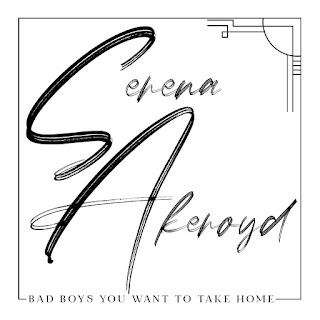 Born in England, Serena Akeroyd is a true romance bookaholic. As a reader she will not touch a book unless she knows it has a happy ending, which makes her write the endings that your heart craves! This addiction made her want to craft stories to suit her voracious need for steamy, sexy romance. She loves to write stories with plots twists, alpha sexy men, dark humor, and hot AF love scenes. Some are darker than others as she has a taste for the weird and the unexpected.
She writes MF, MM, Menage and Reverse Harem (also known as Why Choose romance) in both con-temporary and paranormal. But she has recently decided to concentrate more on contemporary MF stories, mainly with A Dark and Dirty Sinners’ MC Series and The Filthy Feckers Series.
AUTHOR LINKS
AMAZON
FACEBOOK
FACEBOOK GROUP
INSTAGRAM
BOOKBUB
TWITTER
NEWSLETTER
GOODREADS
TIKTOK 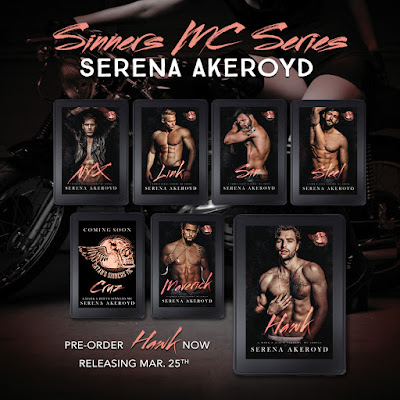