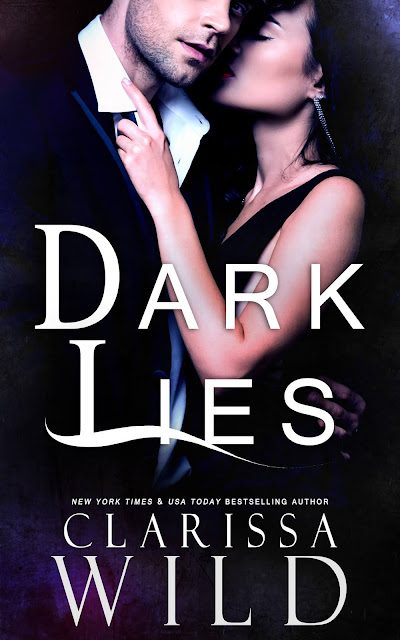 Every dark wish,
Costs a lie to make reality.
“Punish me.”
Just two words sealed my fate.
Eli took me and made me his.
I didn’t know the submission he’d demand from me.
Or the secrets I kept buried deep inside.
But there was more beyond this dark wish of mine.
More hidden behind those perfect dark lies of his.
Because it wasn’t just my soul that craved redemption.
And when a powerful man becomes obsessed with a woman …
He’ll do whatever it takes to twist her…
Keep her…
And own her. 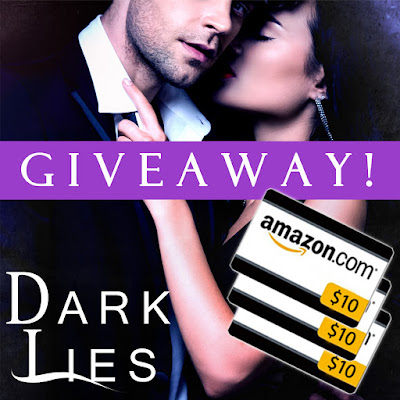 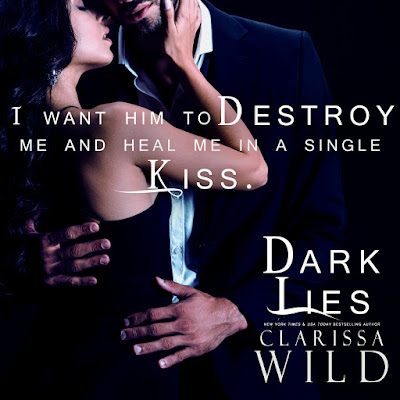 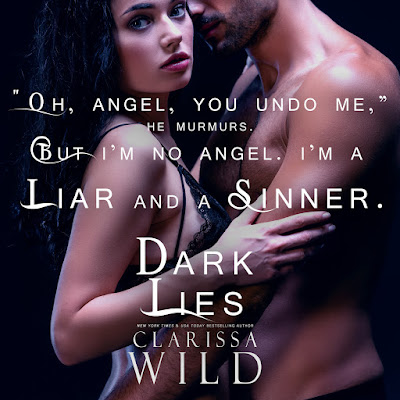 EXCERPT
(Unedited)
For some reason I can’t stop staring at the handsome man, one I used to call a stranger, now a familiar face that I wish I could stare at all day long. How did it happen so fast? I didn’t even know I was able to fall until he made me. Until he showed me who I truly am.
Not just a monster … but a survivor. Someone who lives and breathes the pain they suffered and carries it with them like a badge of honor. Does he do it too?
With my hands firmly locked around his thick, muscular neck I let him carry me right back into what once was my home. It feels so strange to be back here with the man who took me away from this life. Like two completely different worlds are intertwining into a beautiful mesh.
He puts me down on the floor and goes into the bathroom where he turns on the light and the shower. Then he walks to me again and places his hands on my waist. The second his hands touch my skin I jolt up and down, an unexpected heat wave flashing through my body.
A quirky grin briefly brightens his face. “Take it off.”
My cheeks turn crimson red as I realize what he’s asking.
“You’re soaking wet and shivering,” he says.
And without taking his eyes off mine, he hooks his fingers underneath my top and curls it up over my head, throwing it aside. My arms instinctively cover my breasts, even though he’s already seen them. Before, I didn’t want to hide … but now I do. I don’t want to hide my body … I want to hide myself, my heart … and the scorching hot flames coming off his eyes the minute he sees me undressed.
I didn’t think it could affect me more than it already did, but I was wrong. Especially when his tongue dips out to swiftly wet his top lip.
I gulp when he goes to his knees in front of me and zips down my skirt from the back, sliding his hands inside only to push it down softly along with my underwear. He’s so close to me when he lifts his face and his eyes bore into mine. I’ve forgotten how to breathe.
And when he presses a soft, delectable kiss to my thighs, I die a little.
The kisses don’t stop. And I don’t pull away either as he draws a line from my thighs all the way up to my pussy, deeper, and deeper, until there’s no way back. Until there’s only him and me in this twisted, fucked up nightmare that’s beginning to feel more like a dream after all.
His tongue dips out to lick me, and I grasp the wall behind me, desperate for something to hold onto. Every stroke he adds is another one that makes me want more and more until I’m left gasping for air. His tongue twists and turns around my clit until a moan escapes my mouth.
He pauses and looks up, a gleeful smile on his face, and it’s there and then that I realize I have unequivocally fallen in love with this monster of a man.
“Don’t ever hide from me.” His dominant voice makes goosebumps scatter on my skin.
I can’t say a word, because he dives back in straight away, alternating licks and kisses until I’m delirious with need. My body is shivering, not from the cold but from pure pleasure, and I don’t want it to stop. Screw us being wrong. If everything is so wrong, I don’t want to be right anymore.
“Let me take your pain away,” he whispers against my skin.
Delicious licks follow as he laps me up until I’m quivering in place.
“Please …” The word spills out of me just like that. I didn’t mean to beg … but he makes me. His twisted tongue makes me want to sin. “Don’t stop.”
Even when my hand grasps at his hair, he doesn’t stop. And as his tongue circles around and dips inside me, I fall apart right there and then. My wetness gushes over him, and he keeps on licking me through the waves of pleasure until they subside.
“You look gorgeous when you come undone.” He licks his lips as though he’s just had a dessert.
Suddenly, he whisks me up into his arms again and plops me down underneath the shower. Despite still being fully clothed, he turns it on, the hot stream of water landing right on his already wet chest. And my eyes can’t help gawk at the thick ridges of his abs clearly visible through his white tee. He steps closer. Water rushes down, droplets hanging on his lips just like I am.
And within seconds, he’s smashed them onto mine. 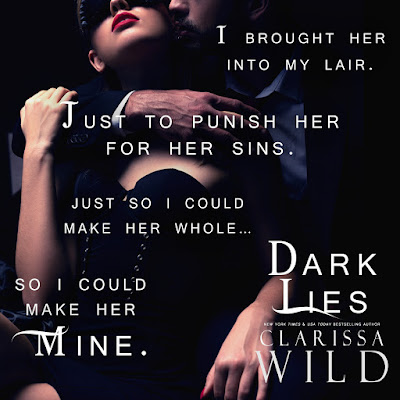 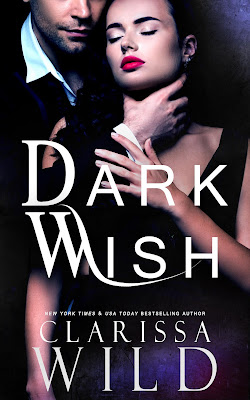 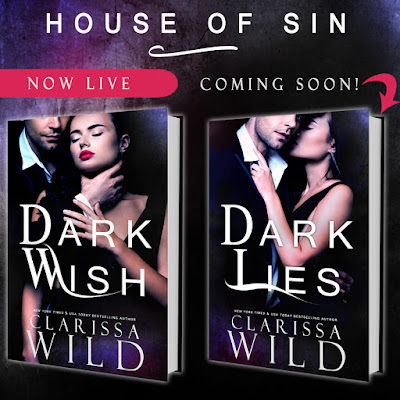 Clarissa Wild is a New York Times & USA Today Bestselling author of Dark Romance and Contemporary Romance novels. She is an avid reader and writer of swoony stories about dangerous men and feisty women. Her other loves include her hilarious husband, her two crazy but cute dogs, and her ninja cat that sometimes thinks he's a dog too. In her free time she enjoys watching all sorts of movies, playing video games, reading tons of books, and cooking her favorite meals.
Want to get an email when my next book is released? Sign up here to receive 4 FREE short stories: http://eepurl.com/FdY71