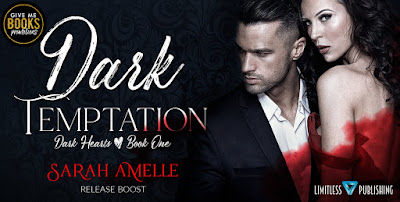 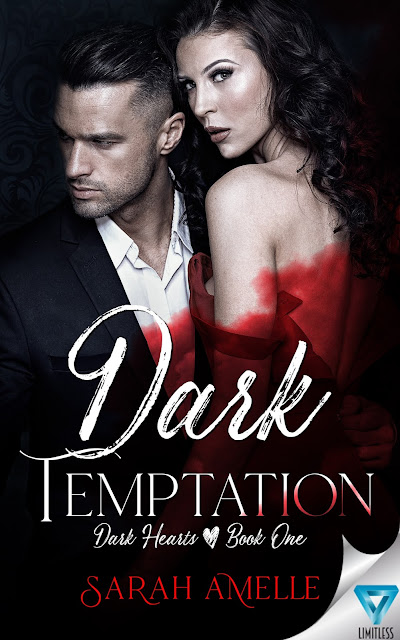 Dante...
With the world at my feet, I have it all. I’m respected and feared by men, wanted and desired by women. The only code I live by is my own.
Haunted by my brother’s death, all I seek is vengeance. I crave it. There’s nothing I want more than to watch his killers burn.
Then one night, everything changes when a straightforward debt collection becomes complicated. Little did I know, my collateral would be more dangerous to me than I could’ve ever imagined.
Eleni…
Love is something I’ve never allowed myself to even think about. It’s simply not a part of my plan. And I always have a plan, I’m always prepared. Or so I thought.
All it takes is one night for life as I’ve known it to come crashing down around me. Secrets, betrayal, and lies have led me straight into the arms of a killer.
He represents everything I hate—taking lives, while I want to save them.
But things are not what they seem and beneath all his darkness lies something I never expected. What scares me the most is that he’s breaking all the rules I ever had. 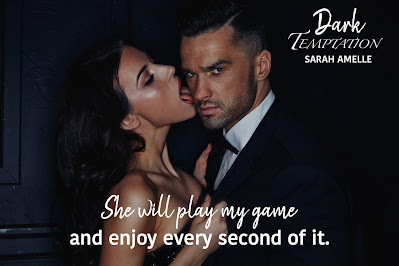 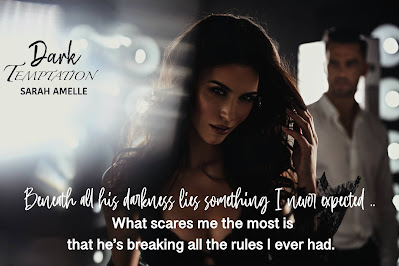 EXCERPT
I turn around and my mouth opens and closes in quick succession when I see where that voice came from. My blue eyes meet his emerald green ones and I feel a shiver of anticipation run down my spine. He was six-foot two of tanned perfection. Jet black hair, green eyes and a body to die for. Wrapped up in an all-black outfit, which made him look more polished then every man in here. There was an aura about him that had me feeling cautious, although he did not look any more threatening than anyone else in here, there was something about him. Something wickedly alluring that had me pause in deep expectation. He looks down at me coolly, his eyebrow cocking at my reaction. He knows exactly what is going through my mind. He smirks wolfishly, showing off his pearly white teeth as he take a drag of his cigarette. I watch as his eyes devour me, and I feel my cheeks flush in response. 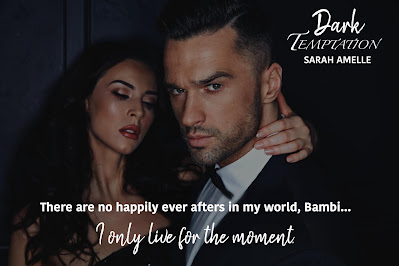 In between being a dreamer and procrastinator Sarah Amelle lives and breathes reading and writing, if she isn’t thinking about her next dramatic cliff hanger she is probably reading her favourite dark romance stories.
Sarah Amelle specialises in Mafia bad boys, especially the complicated ones with dangerous minds and even darker hearts. Her weakness is a hot alpha male and an even feistier female protagonist. After amassing almost twenty million reads across online interactive apps Sarah decided to take it to the next level with her latest book Dark Temptation part of the Dark Hearts series.
FOLLOW SARAH ON INSTAGRAM 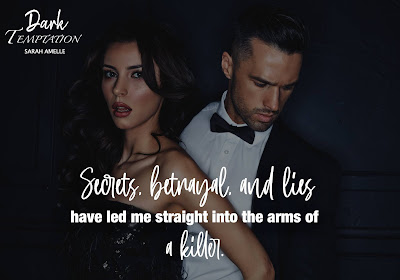