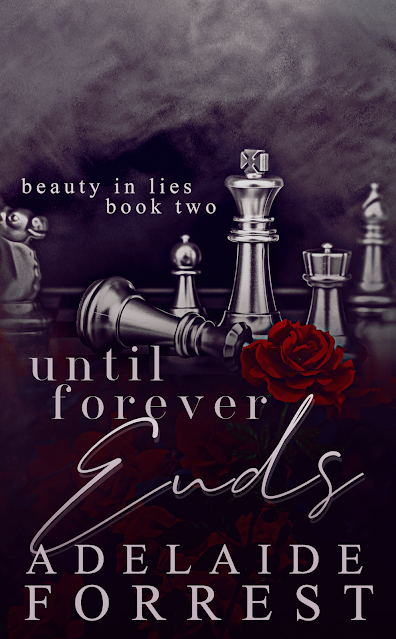 Rafael
Some obsessions are forever.
Isabel Adamik made me need her. She made me crave her in a way I’d never seen coming. With tempting innocence tinged by that hint of darkness under her skin, she showed me everything I’d never dared to dream mi princesa could possess.
A Queen for the devil himself.
Nothing exists but the overwhelming need to make her mine in every way. To sear myself into her skin until she admits she loves me.
Isa
Some loves are worth killing for.
I fell in love with the devil, and he stripped away everything I thought I knew about myself. With beautiful lies and clever manipulation, he showed me a version of the world that seemed too good to be true.
Because it was.
He’s determined to possess me in every way. To strip down my defenses until there’s no part of me he doesn’t know. But sometimes...
Secrets are better left in the dark.
Until Forever Ends is the second book in the Beauty in Lies series and ends on a cliffhanger. This is a DARK mafia romance and contains graphic violence, mature content, and elements that may be triggering. Please read at your own discretion. 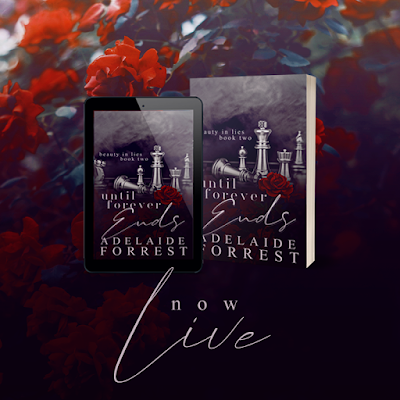 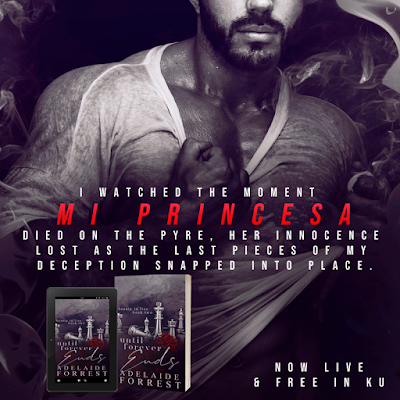 EXCERPT
I stepped up to the side of the daybed, staring at her profile as she gazed at the water. Her eyes were half-closed, as if the exhaustion of holding one position for so long threatened to put her to sleep then and there. "Come to bed, mi princesa," I murmured.
Her gaze never left the water, but the miniscule twitch of her body confirmed she'd heard the words. That even when she'd withdrawn, I could reach her. "Isa," I said, waiting to see if she would look at me. When she didn't, I stepped around the daybed and directly into her vision. "Come." I held out a hand for her, and she shifted her gaze down to it.
There was a moment of recognition in her eyes as she remembered all the other times I'd asked for her consent in the same way. As she realized they'd all been a ploy, because she'd never had a choice.
Her life had become mine the moment I laid eyes on her.
Her lips were dry as she turned her stare up to mine, a glare in it as they met mine in fierce challenge. I watched the moment mi princesa died on the pyre, her innocence lost as the last pieces of my deception snapped into place.
Mi reina was born from the ashes, her face twisted in fury as she uncurled her legs from her body and slid along the mattress. The night before, Isa would have fled off the other side of the bed. She'd have craved the distance between us.
Instead, she welcomed my darkness, meeting it with her own as storms swirled inside her green gaze.
"I hate you," she whispered, sliding off the edge of the daybed to stand before me. With the defiance in her face, I almost didn't doubt the words.
But that pulsing attraction between us couldn't be denied, no matter what words her mouth formed. I knew the truth that tormented her twisted little soul.
"Such a pretty lie," I murmured, stepping closer. Her breasts grazed against my chest as she drew in a deep, steadying breath. "You love me, and you fucking hate yourself for it," I said, lifting a hand to touch her face. I wanted to bottle her anger, to remember the fierce look in her eyes as she proved that everything I saw in her hovered just beneath the surface.
She'd always been one break away from unleashing her darkness on the world.
She slapped my hand away before I could touch her, the crack of her hand against mine echoing through the silence around us. "Don't fucking touch me," she growled. There was no fear in her face, no moment of recognition where she realized I'd killed people for less. I lifted my hand to stare at the pink skin where she'd struck me in surprise, before turning a smirk back her way.
"You shouldn't have done that, mi reina," I purred, tilting my head to the side as a sick smile transformed my face.
"Sorry to disappoint the great El Diablo," she said mockingly. "But I don't live to please you." She planted her hands on my chest, shoving me away from her hard enough that I stumbled in a moment of shock. She spun away from me, moving to walk back toward the house and leave me staring after her in the night.
I stepped forward, snatching her arm up in a tight grip. She twisted it and slapped me away again, glaring at me as if she could tempt me into her trap.
But she already owned me, and Isa was slowly realizing the depths of my obsession. 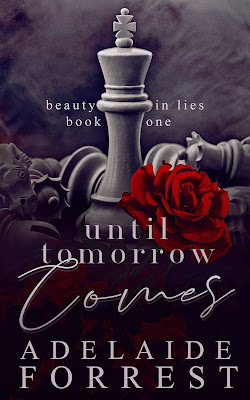 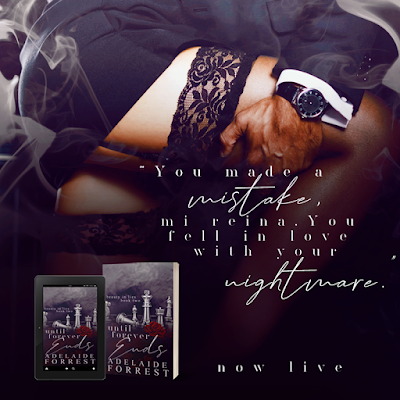 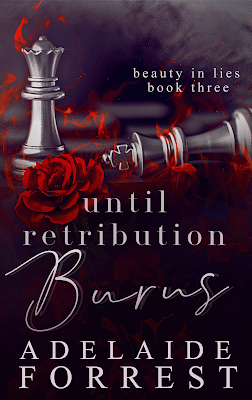 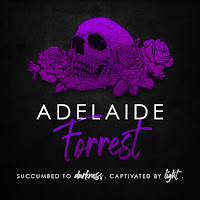 Adelaide fell in love with books at a young age and quickly discovered her love for writing soon after. Since then, she’s become a self-professed plot hoarder of over 300 book concepts.
After receiving her degree in Psychology, Adelaide went on to work in a therapeutic riding facility. When her daughter was born, Adelaide traded out her boots to be a stay-at-home mom. In 2019, she added author to those job duties after a lifetime of dreaming about it.
She lives in New York with her husband, two children, and their dog and cat who all make up the center of her world. 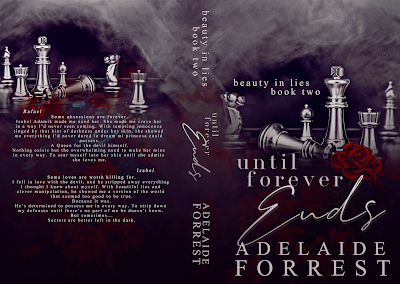