cover reveal - Rebel without a Claus by Emma Hart

Rebel Without A Claus by New York Times Bestselling Author Emma Hart is coming Direct to Kindles on November 23rd!! 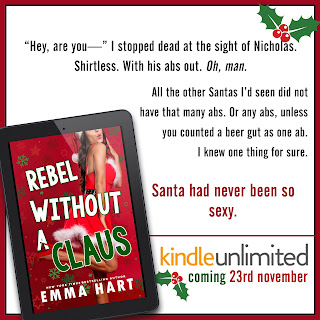 Christmas is the most wonderful time of the year—unless you’re Quinn Langley.

I’ve hated the festive season for as long as I can remember, but this year really takes the chestnut. My family has run Snow Cove’s grotto for the past sixty years, but when my dad—our resident Santa Claus—gets the flu, it’s down to me to find a new Santa and save Christmas.

If only Grandpa would stop spiking the eggnog…

Oh, and if I had more than twenty-four hours to do it. Not to mention that all the people who can help me are already busy with their own plans for the Christmas fair.

Until Nicholas freaking White knocks on the grotto door.

I haven’t seen or spoken to him since he took my v-card and abandoned me in a motel room nine years ago, but he’s my only option. I have no choice but to let him be my Santa Claus, or I risk ruining Christmas for hundreds of kids.

The last place I want to be is stuffed in the grotto with Nicholas, being Santa’s not so happy little helper, still desperately trying to hold onto my grudge.

Now, if only we could stop finding ourselves under mistletoe, that would be great… 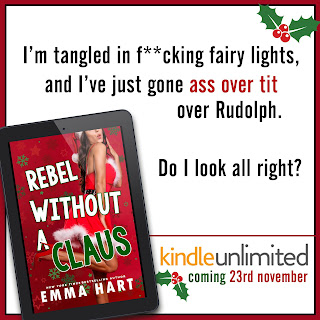 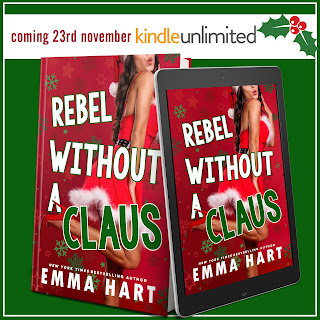